For The Empty with Herlights - An Interview 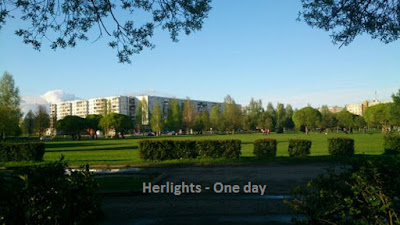 Q. When did Herlights start? Tell us about the history...
Hello, my name is Sergey, I know that in Brazil, my name means something decent)) Herlignts, this is my side project. my main band called Horsefish. we play instrumental shoegaze. Herlignts I started in May 2016 issued two releases I'm doing all the music alone. friend of mine helps with the lyrics, because I do not speak English very well. is all I can tell you about the history of)) I am playing music for a long time about 10 years

Q: Who are your influences?
It influenced me as a musician: Nirvana and Seattle all wave 90s. just a lot of English music: Sex Pistols, Joy Division, the Smiths, the Stone Roses still influenced: Deftones, Radiohead all Projects Omar Rodriguez Lopez, Dinosaur Jr., 64daysofstatic, Diiv and many many things of Russian bands: Кино, Психея, Дельфин, 7Раса, Wax angel, Motorama, Human tetris, Aerofall copy and paste the name into youtube. maybe you discover something new for yourself

Q. How do you feel playing live?
When I'm on stage, I dive into some other world. the world of music and live flies like 5 minutes.

Q. How do you describe Herlights sounds?
Sound Herlights I would describe as melodic, romantic, dreamy, indie pop - post_punk, but with rock backgrounds and rock roots I like to call it Dreamwave. although I know that this is a different musical genre


Q: Tell us about the process of recording the songs ?
Sometimes compose songs quickly and easily such as the "Morning Song" is sometimes difficult to slowly and painfully like "one day" I write songs at home. This is not no secrets, everything is very banal. I am using laptop and music software. the value of my home studio $ 1,000

Q: Which band would you love to made a cover version of?
I'll cover exactly on the beatles and i love her in recent time, this song drives me crazy

Q: What are your plans for the future?
Future plans to release a single. it will be very soon. write a few more songs and start practicing with this material. This immediate plans, I do not plan far

Q: Any parting words? Thanks again
I would like to say cool, that we live in a time when there is the internet and can be here and so to communicate and get to know a lot because the world is so big. Thanks for the interview

PEACE FOR EVERYONE
*
*
*
Thanks