Amber with Everything is made in China - An Interview 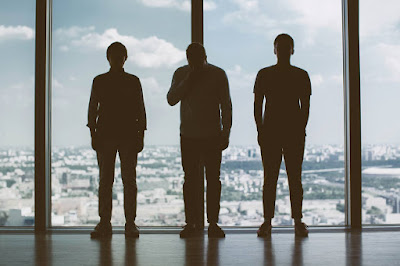 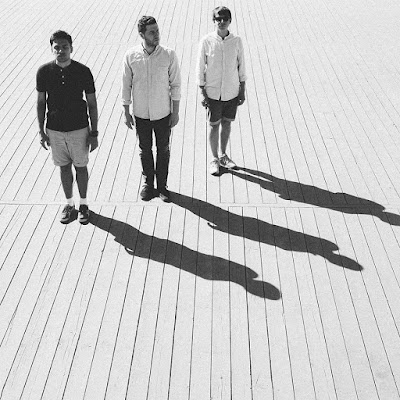 Q. When did EIMIC start? Tell us about the history...
1)Eimic was founded in 2005 in Moscow with the full band name Everything is made in China.In 2007 first album "4" was released and gained wide audience very fast. Later another two albums were released: "Automatic movements" in 2009 and "Amber" in 2013.

In 2017 EIMIC is going to release it's 4th album under its new official title EIMIC.

At first, Eimic was a three-piece band, but now it's one - member project. The coming album was mixed and co-produced by Russian producer Korney Kretov (aka Kapus).

Live shows are planned to be supported by famous Russian drummer Serge Govorun, well known from his project «MRV».

Q: Who are your influences?
2)Regarding things that inspire EIMIC, there are plenty of them both in literature, art and music. Jhon Coltrain or Flying lotus, Kamashi Washington or Chemical brothers, Fink or Can and many other.

In art these inspirations could be Magritte or Van Gogh, Schiele or Rothko, Malevich or Bosch.

There is also a long list of authors from different times and cultures that contributed greatly, here just few of them: Joseph Bodsky, Bob Dylan, Franz Kafka, Fedor Dostoevsky,Sergey Dovlatov, Gabriel Garcia Marquez and the list could be much longe… It really hard to choose only one direction or a person when talking about inspiration . It's more like a unique stream of inspiration mixed and formed by different outstanding personalities and masterpieces.

Q. Make a list of 5 albuns of all time…
3)Here is the list. Here should be 100 albums, but let's make it 5:
Beatles - Revolver
Radiohead - Kid a
Moderat - Moderat
Chemical Brothers - Surrender
The Doors - L.A. Woman

Q. How do you feel playing live?
4) A lot has changed in the recent years, but still we love to play live gigs. It is still electronic synths music with greater part of live touch and of course video art.Live shows are planned to be started in February 2017 in Moscow, then St' Petersburgh and other Russian cities and also in Europe in the upcoming summer.

Q. How do you describe EIMIC sounds?
5)Electronic synth music with the life touch. Songs with not typical view, I hope so.  Rythm, mood and melody that's the formula that I try to follow.


Q: Tell us about the process of recording the songs ?
6)The process of composing depends greatly on several issues. It's a kind of special chemistry happens in this moment but also a bigger part of hard work. There are some common ways of doing it, here are some. One way starts from the melody, vocal part supported by piano or the guitar and then comes the arrangement as the bigger part of work.

Another way of composing starts with an electronic loop, reef or arpeggio, then vocal part and after that again big part of arrangement.

Q. Which new bands do you recommend?
7)On Russian stage these are: Gnoomes and Pinkshinyultrablast. The latest interesting discoveries were: D.d dumbo, Kamasi Washington, Kiasmos, Rival Consoles.

Q: Which band would you love to made a cover version of?
8)Trying to remember,what bands we want to cover, here are bands: Smashing Pumpkins, King krimson, Chemical brothers, Joy division, Broken social scene, Rival schools, No knife, Bjork.

Q: What are your plans for the future?
9)First of all I'd like to finish everything for the upcoming album: music, production and everything for the cover and art. Album covers has always been an important part of EIMIC. And our new album has different covers for every single and tells a vision of metamorphosis in art that we regard very important in our days.

Art work is done by really interesting and talented disingers grup " The Bakery". And I really like what we have now. Soon everybody will see this story.

Q: Any parting words?
10)Thank you for your interest! I hope to see you once on EIMIC live show. Love music! Have fun!
Happy New Year!
*
*
*
Thanks