Spiders with Spotlights - An Interview 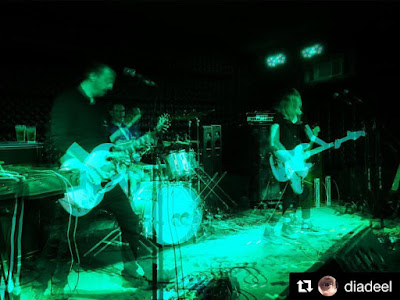 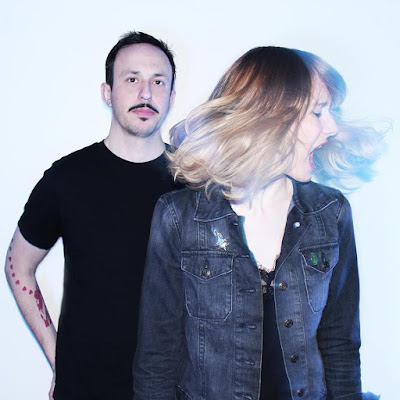 Q. When did Spotlights start? Tell us about the history...
The idea of Spotlights technically started in 2009 when Sarah and I decided to write and record a song (050809) together in my old studio in San Diego. After that, our band Sleep Lady was doing a lot, so Spotlights didn't really start again until we moved to Brooklyn in 2013.

Q: Who are your influences?
We have a lot of influences ranging from Melvins to the Cure and then some. I really think that we are constantly being influenced though. Every time you hear an interesting band or song or even a terrible song, that can influence your music. Even just current events or daily happenings in your life can be very influential to writing music.

Q. How do you feel playing live?
We love it! It's our favorite part of being in a band along with recording.

Q. How do you describe Spotlights sounds?
It's always tough to describe your own band's sound. I think of it as a mix of the heavier side of Post-hardcore mixed with a bunch of other stuff.


Q: Tell us about the process of recording the songs?
We usually start out demoing the songs at home DI with programmed drums and then work on them until we're happy. Then record the real drums and amps. For the most part we have recorded everything ourselves in our rehearsal room and I mix them at home.

Q. Which new bands do you recommend?
I guess It depends on what you mean by new, but we really like Sumac, Mutoid Man and He Who's Ox is Gored.

Q: Which band would you love to made a cover version of?
We recently recorded a Mew song on our SPIDERS EP and that was a lot of fun. There are a bunch of other bands that I'd like to cover eventually but it takes a lot of work to make a good version of an already great song.

Q: What are your plans for the future?
We're working on our follow up to TIDALS and hopefully will continue to tour the US as well as the rest of the world.

Q: Any parting words?
Thanks for the support!! Hopefully we will be playing Brazil soon!
*
*
*
Thanks