Menglongshi with Diamond Incarnation - An Interview 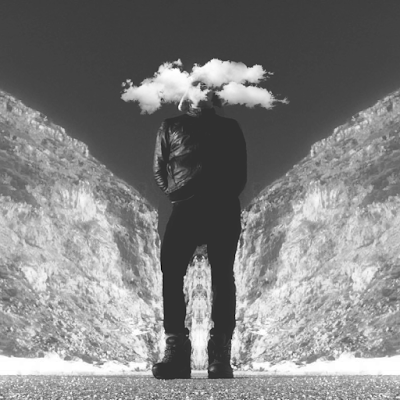 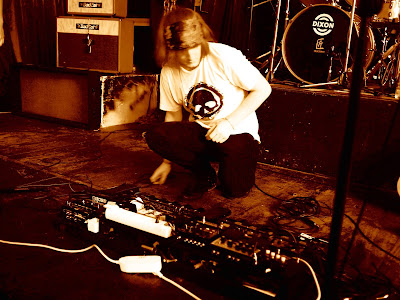 Q. When did Diamond Incarnation start? Tell us about the history...
A. "Diamond Incarnation" started in early 2012 in Austria, just after i finished recording songs for my side-projects called "Guided By Confusion" (with my friend Ben), "Vishnu Splinter" (solo) and "Taxidermy Two" (with my ex-girlfriend). Every now and then i felt the need to change my sound entirely, that's why i created those side-projects, always looking for a unique sound, trying to find satisfaction in my music. When i came up with Diamond Incarnation, i finally found the perfect medium to create the kind of sound i was looking for since i started recording music around 2004. "Guided By Confusion", the predecessor of "Diamond Incarnation", which was founded by my best friend Ben and me around 2007, was my first attempt of having a real band. We started out by covering songs by "The Verve" and "Oasis" but neither had a drummer nor a bassist. We tried out different constellations of musicians, but the chemistry between them and us just never worked out right. And as life goes on we moved to different cities thus going separate ways in music. Afterwards i started a project called "Vishnu Splinter", a spiritual themed, hard-to-classify kind of project, which only brought out maybe a dozen of songs. One year later, my ex-girlfriend and me came up with "Taxidermy Two", a quite strange Folk/Acoustic project. This project didn't last too long either and only brought out one EP, so i put that one aside too. That's when i found out, i'm supposed to be a solo artist and gave up on the whole band-idea, just to start what is now known as "Diamond Incarnation".

Q. Who are your influences?
A. The ones that come to my mind immediately and probably the biggest ones are "The Beatles", "The Verve", "Oasis", "Black Rebel Motorcycle Club", "Spiritualized", "The Stone Roses", "Brian Jonestown Massacre" and "Kula Shaker". Those are the bands that not only influenced the music i make, but also my childhood and therefore my whole life.

Q. Make a list of 5 albuns of all time
A. That's a tough one, but here's my very straightforward answer, right from the top of my head.
5. The Man Who - Travis
4. Mind Games - John Lennon
3. A Storm In Heaven - The Verve
2. Sgt.Peppers Lonely Hearts Club Band - The Beatles
1. Definitely Maybe - Oasis

I chose those five, because they had a lasting impact on my childhood.

Q. How do you feel playing live?
A. Playing live as a one-man-band can be extremely challenging. Especially if the songs you play consist of many layers of instruments. As i'm the kind of guy who prefers to do everything on my own, i chose the hard way of playing live, by using loopstations and many effect-pedals, trying to keep everything under control at the same time. But there's a limit, especially if the songs are getting too complex. So i had to rely on backing tracks, but only for the drums, which i also controlled with a loopstation. All in all, it's a very stressful experience. You need to practice the perfect timing for literally every step you take (on the pedals) and painstakingly memorize the settings of your effect chain and loopstation.


Q. How do you describe Diamond Incarnation sounds?
A. I would say it's a quite versatile sound. You can hear, by listening to my EP's, that i went through many phases, trying out different styles. One EP may sound similar to early "The Verve" stuff, whilst another one sounds like an attempt to catch the soul of "The Beatles". Some of my songs went in a more melancholic direction, soaked with the essence of "Black Rebel Motorcycle Club". So i went through covering many genres like Alternative Rock, Psychedelic Rock, Shoegaze and Dreampop, which makes it really hard for me, to classify the genre and the audience for my music. In the end i think, all those influences put together, are exactly what creates "Diamond Incarnation"'s unique sound.

Q: Tell us about the process of recording the songs ?
A. Usually, like every three to four months i feel the need of writing and recording music and usually in between that time something negative happens. Just like many other artist, i use those "negative" circumstances and turn them into something "positive" by writing about that unwell feeling, which also explains the melancholy in most of my songs. If there wasn't negativity in my life, i probably wouldn't write too many songs. From what i experienced so far, the stronger the emotions are, the better the song will be. Therefore i think i wrote my best songs, whenever a girlfriend broke up with me. That's what i obviously need to fuel my creativity. At the end of the day, the process of recording is nothing really special or unique. It starts out with said feeling, i begin to strum something on my guitar and go on by adding the lyrics and different layers of instruments. Unlike some other artists, i prefer to mix the songs, while in the process of recording, to keep me motivated, as by doing that you get a glimpse of the end-result. I need to have something that immediately hooks me to the song, may it be a strong riff, or just an interesting sounding instrument, otherwise i will just let it be after a while, and the song will end up wasted, like tons of other songs i never published. After mixing i usually listen to the song many times over the next few days and then decide if it's worth publishing or not.

Q. Which new bands do you recommend?
A. To be honest, i'm not really up to date about new bands. But what i can recommend are two bands, even though not really new, one being my best friend's band called "Kanoi"(Stoner-Rock), who also is an ex-member of "Guided By Confusion". The other one being "Tantric Cycle", also a good friend's project, doing good old Rock'N'Roll music.

Q: Which band would you love to made a cover version of?
A. Actually i done many covers before, most of them being "The Verve" covers, and i will probably do it again someday.

Q: What are your plans for the future?
A. Well, keeping on doing my music i guess, as it's impossible for me to give up creating music.

Q: Any parting words?
A. I would like to thank you Renato for supporting bands on "The Blog That Celebrates Itself" and for taking your time to reach out to me. Also thanks to everyone who read through all of this and of course thanks to all my listeners and supporters.
*
*
*
Thanks