Slacker with Outside Air - An Interview 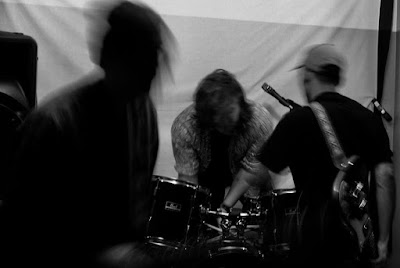 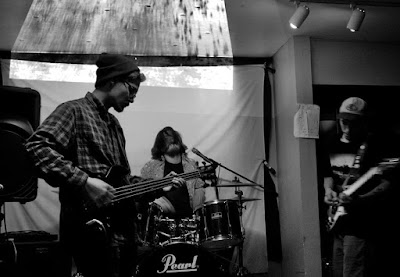 Q. When did Outside Air begin? Tell us about the history...
A: Uh Outside Air is kind of the child of two dead bands. The bassist and I played in a shoegaze band together and after that fell apart we formed a band with the drummer of his old band. We went through a couple name changes (genius party, charlemagne, danube danube) over a period of two weeks and settled on outside air.

Q: Who are your influences?
A: Each one of has different influences that we bring to the table. We can all pretty much agree that Pixies, New Order, Slowdive, The Cure, and The Smiths are great bands. Pretty much everything from 4AD haha.

Q. Make a list of 5 albuns of all time…
A: Our top five albums would probably be
- Disintegration by the Cure
- Souvlaki by Slowdive
- Doolittle by Pixies
- Brotherhood by New Order
- Stratosphere by Duster


Q. How do you feel playing live?
A: We're all pretty introverted and none of us has a huge amount of stage presence but we love playing shows. It just feels great when you look up from your pedals and people are actually having a good time and jelling with what you're playing.

Q. How do you describe Outside Air sounds?
A: We've been called grunge-gaze and we really like that but we kind of combine post-punk bass and slacker rock guitar with fuzz, reverb, and a driving motorik beat.

Q: Tell us about the process of recording the songs ?
A: Recording has not been something that we take very seriously or do excel at. We like the DIY lofi attitude but there are a lot of recordings that were made with one microphone or taken on an iPhone ha. We finally found a studio that we like though so we hope to release more stuff this spring.

Q. Which new bands do you recommend?
A: Definitely Protomartyr, they're also from Michigan but much, much better.

Q: Which band would you love to made a cover version of?
A: We'd love to cover the Sound. They're a very underrated post-punk band in our opinion. We just don't have a keyboard player. I think we'd love to take a shot at a shoegaze rendition of Eisbar by Grauzone.


Q: What are your plans for the future?
A: We just want to keep booking local shows, and recording material. It would be cool to have some merch too haha. We're all looking forward to writing new material as well.

Q: Any parting words?
A: Thank you for your time and thought. Bloggers, and writers are a huge and underrated part of the music scene. Everyone loves music but writers take it to the next level. It takes dedication but I think introducing people to new music is worth it.

Oh and our stuff is available for download and steaming on bandcamp, soundcloud, and soon spotify.
*
*
*
Thanks