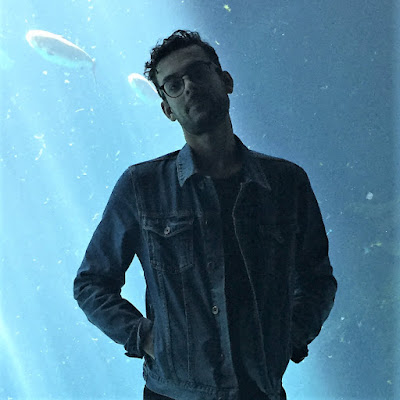 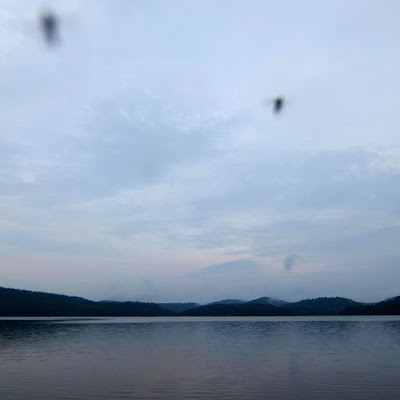 Q. When did La Rose begin? Tell us about the history...
When i was in university, one of my best friends talked me into buying an electric guitar. i'd never really played before, i don't come from a musical background. he taught me some interpol songs, and eventually, we formed a band called called prom. we put out a couple of eps and played shows around toronto. around the same time, i started writing music on my own, stuff i didn't think would work for prom. more 80s-influenced, dream pop stuff. been working on it ever since.

Q: Who are your influences?
I love music from the 80's. whether that's cocteau twins, the cure, gang of four, kate bush, new order, chameleons, you name it. yo la tengo really did a number on me too, they basically raised me. it's weird though, i grew up listening to rap music. as a true lame-o torontonian, drake will forever hold a place in my heart. oh! slowdive! can't forget them. i saw them twice last year and that made me so happy. i also love ambient music, maybe, a little too much.

Q. Make a list of 5 albums of all time…
Oh jesus, this is the kind of pressure that i don't manage well. off the top of my head?

yo la tengo: everything turns itself inside out
cocteau twins: heaven or las vegas
stars of the lid: and their refinement of the decline
brian eno: another green world
the cure: disintegration

Q. How do you feel playing live?
I...truly despise it. i've never made peace with it. for a long time i'd just drink myself into a stupor and hope things worked out up there. they usually don't. i guess i'm too shy. i don't like people looking at me. my birthday is like, the worst time of the year for me. i've actively not played shows for a while now. people ask and i'm always like "ugh."

Q. How do you describe La Rose sounds?
Um, i'd say it's guitar driven dream pop. i love reverb. i like not knowing what a singer is saying, haha. so there's a lot of that.


Q: Tell us about the process of recording the songs ?
All the songs on my new record were recorded in two weeks last summer. i was in a horrible depression, i could barely go outside. so every day i'd just play with this neat drum machine i got years ago and never figured out how to use. when i had something i liked i'd grab my guitar and start layering stuff- bass, synths, etc. i always do vocals last. writing lyrics just takes me ages, they never really come out the way i want them to.

Q: Which new bands do you recommend?
There is so much good stuff out right now, it's crazy. especially in toronto. vallens is real good.

Outside of Toronto, trippie redd is pretty great. i like how every song is basically him moping over a trap beat. sza had one of the best albums last year, hands down. she's amazing.

Q: Which band would you love to made a cover version of?
I always wanted to cover a yo la tengo song but i never really figured out how to make it work. they have a ton of instrumental stuff that is just wonderful. their original music for the "adventureland" soundtrack is so good, no one talks about it. they also scored this documentary about ocean creatures, maybe i could do that, but with synths. actually, never mind, that's a horrible idea.

Oh! whenever my friends and i go to karaoke, inevitably, someone throws me a bone and puts on "lovefool" by the cardigans. i can't even sing it. at this point, they're just putting it on 'cause i'll pout if i don't get to. i'd love to do that one. it's a classic.

Q: What are your plans for the future?
My record "same hell" comes out on february 9th on pale blue records. i got a bunch of new stuff i'm working on. i tend to overthink everything so i'm sure the next little while will just be me sitting and doing that.

Q: Any parting words?
Um, did you see twin peaks: the return? if not, i really think you should.
*
*
*
Thanks