Semblance with Relay Tapes - An Interview 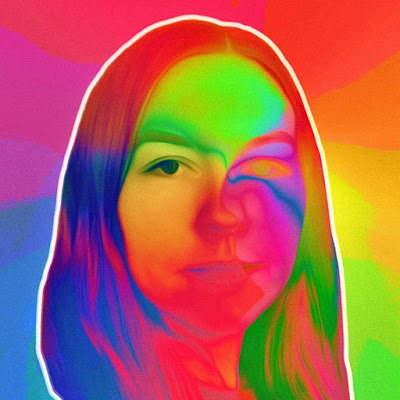 
Q. When did Relay Tapes begin? Tell us about the history...
I spent a lot of time between 2011 and 2015 learning how to record. I played around in different music making programs and experimented with recording techniques that I'd pick up from videos/blogs/tutorials online. Most of what I recorded during this time was a reflection of what I was also listening to. I'd try to cover/replicate songs that I like, which taught me a lot about layering sounds/arrangement. When I felt confident enough to share my own music with other people, I realised that I would need a name to upload under, and "Relay Tapes" was the only name that didn't make me cringe.

Q: Who are your influences?
I'm a big fan of Bradford Cox, especially his solo projects. Liz Harris, too. I take a lot of cues from bands like Cocteau Twins and My Bloody Valentine for certain qualities that I like to include in my own music.

Q. Make a list of 5 albums of all time…
1. Dragging a Dead Deer Up a Hill - Grouper
2. Loveless - My Bloody Valentine
3. Devotion - Beach House
4. The Doors - The Doors
5. Halcyon Digest - Deerhunter

Q. How do you feel playing live?
I haven't performed live before. I've always been primarily interested in recording music over performing. I'm open to the idea, though.

Q. How do you describe Relay Tapes sounds?
Experidreampogaze.

Q: Tell us about the process of recording the songs?
I usually start on guitar or keyboard and if something comes out that I think is worth committing to, I'll move to the computer and start recording. Once I arrange the structure of the song, I try out different vocal melodies, which is usually the most frustrating part for me. I usually work on 2-3 songs at the same time and they often overlap so I usually end up finishing the one I like the most.

Q. Which new bands do you recommend?
Jordan Ireland with Purple Orchestra. Jordan has been around for a while (The Middle East, Stolen Violin) but he released a new album under this project in 2017 and it's fantastic.

Q: Which band would you love to made a cover version of?
MBV in the style of Daft Punk would be interesting.

Q: What are your plans for the future?
I need to get a haircut and buy more cereal. And I'll be releasing an EP within the next month, too.

Q: Any parting words?
This is a first for me so thanks for your interest, I appreciate it.
*
*
*
Thanks