Metonymy with Turnip King - An Interview 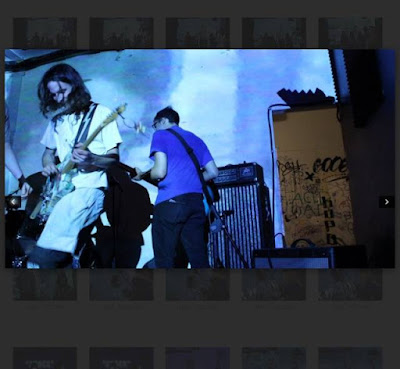 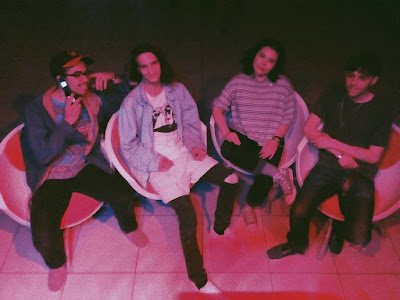 Q. When did Turnip King start? Tell us about the history...
Lucia had just graduated high school and was writing a bunch of songs in her room. She had asked Christian who had also just graduated to try playing with her on drums. I was still in high school and Lucia and I knew we were interested in the same bands and had played at open mics in sea cliff. She heard that I was playing guitar in diiv but had to stop to go back to school among other reasons and asked if I would want to learn the parts to her songs. Nick who was a best friend at the time joined on bass and we started going to and playing diy shows in Brooklyn.

Q: Who are your influences?
In the beginning we all really vibed with sonic youth, but also all had our own different favorites like bikini kill, King Crimson, les rallizes denudes, Sun Ra +more
The bands we would go see like beach fossils and Vivian girls also inspired us a bunch.

Q. How do you feel playing live?
Jood. It's always fun to sonically saturate physical and social architectures.

Q. How do you describe Turnip King sounds?
Loud and encompassing. The volume of our music fills the space that it occupies and is difficult to ignore. Using a variety of effects pedals to alter the sound of our guitars (delay, distortion, pitch shifting, modulation, etc.), we are able to produce unique soundscapes and tones. There is a noticeable mixture and balance between delicate and harsh sounds, backed by complex rhythmic structure.


Q: Tell us about the process of recording the songs ?
For our record Laika we recorded live takes of our songs in a studio in New Jersey called water music, later we recorded overdubs at another studio in upstate New York. Previously, we had recorded ourselves in our basement. We were first interested in recording at water music because we had heard that sonic youth had recorded there, we have also recorded in a different studio in New Jersey that is owned by the drummer of sonic youth.

Q: Which band would you love to made a cover version of?
Prefab Sprout

Q: What are your plans for the future?
We are excited to share our new album Laika with as many people as possible, and to explore politics in pop music. We are currently on a three week tour of the south-eastern United States and we plan to travel more with our music.

Q: Any parting words?
Thank you Brasil! Hope to see you soon!
*
*
*
Thanks