So Close To Life with Thunderbolt 650 - An Interview 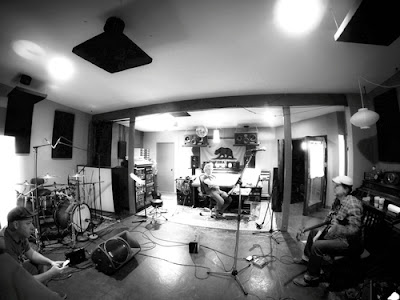 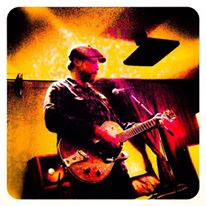 Q. When did Thunderbolt 500 start? tell us about the history...
1. We started about 2 years ago. We had all played in other bands but had never played together before ,but we had all had the feeling that we would like to play together and thought it would sound good. So when I mentioned this idea for a project to Chris and Tracy they said WOW we were thinking the same thing. Tracy had produced a past project for me but was itching to play bass guitar on a project so it just all fell together.

Q: Who are your influences?
2. I would state our influences as possibly bands such as Radiohead, Echo and the Bunnymen, Stone Roses, Band of Horses ETC. but I really think we are all excited that this project does not sound too much like any band we may like . For the first time in my musical background I feel like we have made an album that is "our own" sound.

Q. Make a list of 5 albuns of all time…
3. my all time albums consist of old and new such as Velvet Underground and Nico, Rolling stones Exile on main street, My Bloody Valentine, The Smiths albums,

My secret fav. is by a band called Idaho. I was blown away by Radiohead king of limbs, also Black Rebel Motorcycle club I believe my all time favorite song is Gimme shelter by the Stones .

Q. How do you feel playing live?
4. We have only played live together our first show as a band is in March but I can say we mesh very naturally and it sounds like "it was meant to be"

Q. How do you describe Thunderbolt 500 sounds?
5. I like our sound as my songs were very mellow until Chris brought them alive with his drums and Tracy plays very simple yet driving bass so in the end I think you get a sound that is both warm, mellow and pretty but also with a sonic driving power behind it, also I think an interesting part of our sound is that we have a varied feel to songs that are very different but all seem to carry "our sound"


Q: Tell us about the process of recording the songs ?
6. As far as recording we tracked all basic tracks live playing together and went through all analog racks prior to going to digital so I think it gave us some warmth and soul, you can feel that we are playing together. Also we sort of found the second stage of "our sound" as we were recording we all seemed to agree on all the directions we took creatively

Q. Which new bands do you recommend?
7. I cant really recommend any new bands that come to mind but I have been loving The Broken Bells lately

Q: Which band would you love to made a cover version of?
8. I think we could do a cool sonic version of an old Stone roses song would be cool

Q: What are your plans for the future?
9. Our future plans are to get out and play live, work on promoting our album also learning how to promote in the Digital world. Maybe make a couple of videos, and we have started fleshing out songs to start building a list towards a second album maybe next year

Q: Any parting words?
10. I really am glad you liked the sound of our album and thank you for taking the time to interview me about Thunderbolt 650 (please send us a link or copy us the finished interview would love to see it in its whole) Thanks again
*
*
*
Thanks