Parasite with The Avon Guard - An Interview 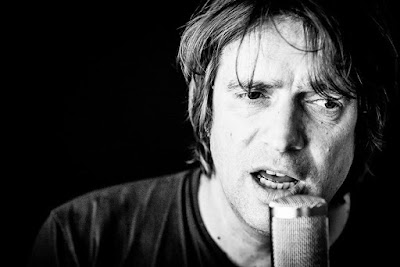 Q. When did The Avon Guard start? tell us about the history...
The Avon Guard came together as an idea in 2014. Andy Mitty and I have been good friends for 20 years but never got round to working together for one reason or another. When we met Andy was a brilliant front man for 90s indie glam band Transistor and I was the lead singer for Penelope’s Web, who had a single out on Cherry red. We wrote a few songs together and recorded ‘Forget’ and got an immediately positive response.

Q: Who are your influences?
The Avon Guard’s outlook is influenced on Andy’s side (music, video, photography) by people like Tom Waits and The Pixies and on mine (words and vocals) by post punk indie bands like Joy Division and Echo and the Bunnymen but also by Leonard Cohen.

Q. How do you feel playing live?
We are currently working hard in the studio. We are very much looking forward to playing live after we have finished recording our first album.


Q. How do you describe The Avon Guard sounds?
Forget and Parasite are fairly good indicators of the direction of our first album. Cinematic, darkly melodic?

Q: Tell us about the process of recording the songs ?
It varies from song to song but often Andy comes up with a musical idea and I work on the melody and words and then we get together

Q. Which new bands do you recommend?
Dominic: I really like the El Vy album, and Daughter’s first album.


Q: Which band would you love to made a cover version of?
Dominic: All over the world – Francoise Hardy
Andy: Satellite of Love – Lou Reed

Q: What are your plans for the future?
We intend to complete recording the songs for our first album and start gigging as soon as is possible

Q: Any parting words?
We are very excited about the songs we’ve written and hope to have them recorded in the next six weeks or so. If you like Forget and Parasite, we don’t think you’ll be disappointed.
*
*
*
Thanks