Verdugo with The Electric West - An Interview 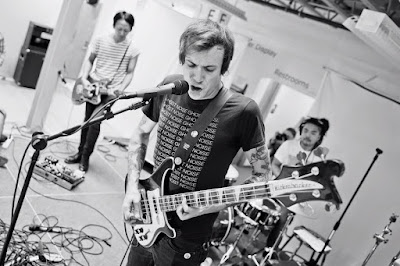 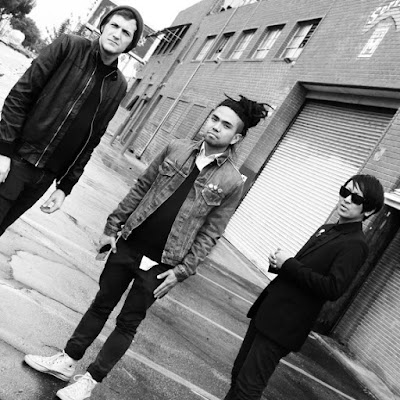 Q. When did The Electric West start? tell us about the history...
A. The Electric West started in late 2012 after fumbling through a few different musicians. By 2013 we (Byron and Me) had put out our own album, which was in very poor quality. At the beginning of 2014, Dee Fuzz joined on guitar and we messed around with some really spooky sounds. We wrote our recent ep on our first tour up the west coast of the U.S., during the summer of 2014, then promoted it on the road to SXSW in Texas.

Q: Who are your influences?
A: Dee is influenced by British Pop and Darkwave, but mainly Suede, and very early stages of The Cure & Bauhaus. I’m really influenced by music like Dead Kennedys and David Bowie, but I draw tastes from hardcore, screamo, and even bands like Abba and The Bay City Rollers. Byron is influenced by a wide range of music, from Prince to The Roots, to Bad Brains and beyond.

Q. How do you feel playing live?
A: It feels great to play live. It’s our chance to really sweat it out and vent. Most of the time, we play for our best friends, their friends, and other supporters of our music scene, and they’re a unique bunch of people that have a special place in our hearts.

Q. How do you describe The Electric West sounds?
A. I would describe our sound as a spooky, haunting, eerie take on 80’s & 90’s post-punk. I was in diapers when some of my favorite post-punk bands were famous, so I feel like I’m calling up the 80’s and adding our modern touch. I’d describe it as Halloween music for us old post-punkers and our kids. We definitely keep it clean and accesible for the young ones too.


Q: Tell us about the process of recording the songs ?
A: The process of recording the songs was a roller coaster. We had fun, but at the same time, really worked hard on the content. One of our good friends, Joseph Calleiro recorded us at our rehearsal space in East Los Angeles. He was amazing to work with and even pulled a few all-nighters just to get the right sound tracked beautifully. We typically track drums first. Dee and I will play with our headphones on, so we can help provide Byron with the energy he needs to pump it out as if it were in concert. It ended up accurately depicting our live sound.

Q. Which new bands do you recommended?
A. Current band recommendations: She Past Away, Ghost Noise, The Black Heartthrobs, Facts On File, Iva Dawn

Q: Which band would you love to made a cover version of?
A: We’d love a “Let’s Dance” cover from David Bowie, but spookier! (We play it often)