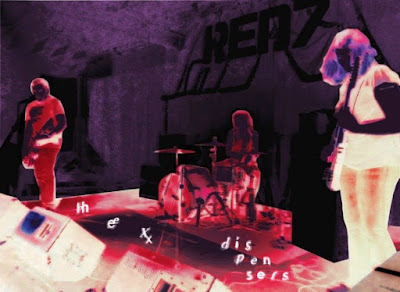 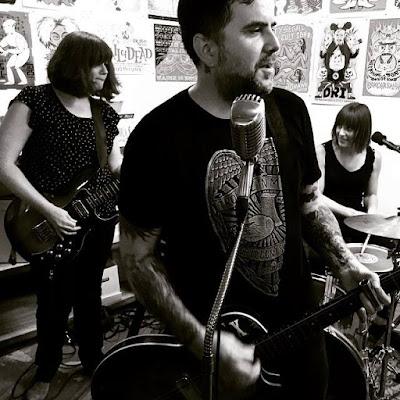 Q. When did The Hex Dispensers started, tell us about the history...
Our first rehearsal was June 6, 2006 (06/06/06). Our first album was released in 2007. The original lineup was myself (Alex Cuervo), Alyse Mervosh, and Tom Kodiak. Dave Bessenhoffer joined in 2008. Tom and Dave left the band in 2011 and Rebecca Whitley joined at that time. Drew Schmitz joined late 2014.

Q: Who are your influences?
The Ramones, the Wipers and the Misfits.

Q. Make a list of 5 albuns of all time…
That’s impossible! There's way more than 5.

Q. How do you feel playing live?
I feel old.

Q. How do you describe The Hex Dispensers sounds?
Catchy songs about horrible things.

Q: Tell us about the process of recording the songs?
We track the instruments live and then overdub vocals and solos. Typical punk rock recording process.

Q: Which band would you love to made a cover version of?
No more covers! We’ve already done too many. The most recent one (Young Blood in the River) is on the new album, it’s by an Austin band called Knife in the Water.

Q: What´s the plans for future....
Europe in Late August/early September, and then probably take it easy after that.

Q: Any parting words?
Thank you for showing an interest in our music. We would love to come play in Brazil some day!
*
*
*
Thanks