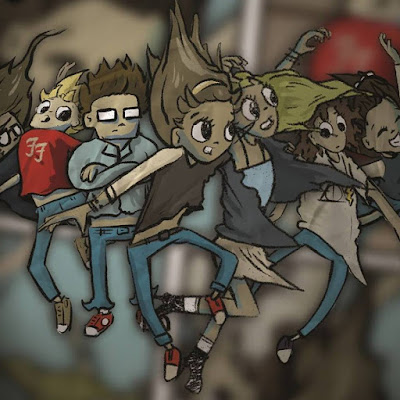 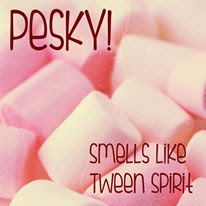 Q. When did Pesky started, tell us about the history...
Pesky! officially started a year ago. We were all in primary school writing songs in an after-school guitar club. We had been in the guitar club since we were 7 years old but only became a proper band when we had 4 or 5 songs written.

Q: Who are your influences?
We like all sorts of guitar music but it has to have good melody. Joseph likes a lot of older stuff like AC/DC and TREX and Kate likes more modern stuff, including some dance music. Kate likes Taylor Swift because of the good melodies in the songs. Harry likes Foo Fighters and the Courteeners and Patsy likes Cage the Elephant.

Q. Make a list of 5 albuns of all time…
Everyone likes The Beatles.

Q. How do you feel playing live?
Playing live is a mixture of emotions: happy, excited, nervous. The Pesky! sound is simple pop songs with good melodies and loud guitars.

Q. How do you describe Pesky sounds?
Someone has called our music 'Babygaze'.


Q: Tell us about the process of recording the songs ?
We recorded the songs in a classroom at school. Mr Cross, our teacher, bought some equipment to record the songs and we recorded it over a couple of weekends. We had recorded before but this time we spent more time concentrating on getting things just right.

Q. Which new bands do you recommended?
We recommend some of the bands on Panda21, a compilation album from Fierce Panda. Kate really likes the Terror Pigeon tune. If the band were going to do a cover version in our own style, it would be a fight.

Q: Which band would you love to made a cover version of?
On one side it would be Taylor Swift and on the other side AC/DC!!!