Strung Out In Heaven with The Valkarys - An Interview 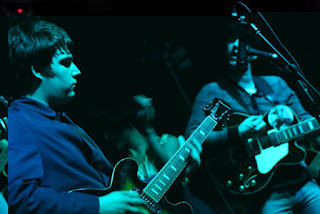 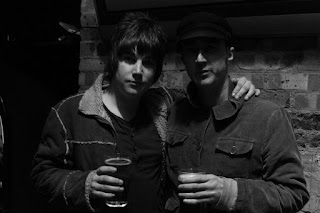 Q. When did The Valkarys start, tell us about the history...
(Scott)...well it was mid 2006 and i had a stack of songs i had been writing, so i just decided to put a band together. it was that simple really, just got some friends i knew who could play stuff and we went from there. i never wanted to sing, i only went on vocals cos i couldnt find anyone who could sing the songs the way i had them in my head. you know, so i spent months auditioning singers and then finally just decided to do it myself. a lot of people have been in the band over the years and left to do their own thing. its not been easy looking back but its been fun, and thats the whole point at the end of the day. if i didnt want to have fun i would go and work in a call centre or something you know?

(Craig).....I joined the band three and a half years ago now, After getting the tattoo I don’t have much choice in the matter now. Which is’nt a bad thing.

(Craig)..... My Personal influences are making the most of the time we have, and wanting to get out there and see as much of this world as we can. I am influenced by the lack of ambition I see around me, people are happy to settle down at nineteen with a steady job getting married and settling down and having kids before they have even lived their own lives. I am influenced by peoples opinions and perspectives and find it refreshing when you come across people with a zest for life and who want to go out there and get on with it

Q. Make a list of 5 albums of all time…
(Scott)....the beatles - white album....the velvet underground - velvet underground and nico....bob dylan - blood on the tracks....bjm - take it from the man!...oasis - defintely maybe...but ask me tomorrow and il have a different five.

(Craig)...... My list is forever changing however right now Neil Young Harvest, Pink Floyd Dark Side of the Moon, Oasis Definitely Maybe,The Verve A Northern Soul and The Brian Jonestown Massacre Give It Back those five albums are the ones I have been playing a lot recently.

Q. How do you feel playing live?
(Scott)....sometimes good sometimes not so good, although i like to play shows im much more at home in the studio than i am onstage, i like the feeling of creating a piece of music and hearing it all come together. but of course playing live is part of being in a band and i do enjoy it.

(Craig)....Playing live is that small amount of time where all the shit you deal with on a daily basis and all the worries that everyone in life faces disappears and for that period of time you’re happy and the world seems to make perfect sense. It’s that only time that nothing really matters apart from what you are doing there and then, and I guess you’re just hoping you can keep it together.

Q. How do you describe The Valkarys´ sound?
(Scott).......its psychedelic, its purpose is to take you somewhere new for the duration of its existence. we have shoegaze type stuff and we have some rockier stuff too, 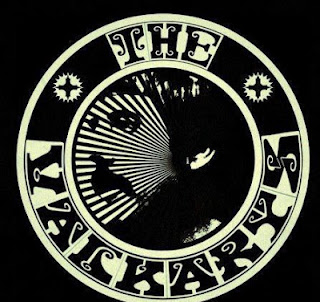 Q. Tell us about the process of recording the songs
(Scott)....we usually always record in a home type environment. i write the chords and the words and then i play that to craig and he comes up with lead parts, iv sometimes got a lead part in my head that i will hum to him and he will work it out, but usually he comes up with lead parts himself. and then we just record what we have got. usually with Sean Evans our old drummer. He knows the sound were trying to get so it works out great.

(Craig).....The process Doesn’t interest me, It’s the creating something out of nothing that does.

(Craig)....Not many to be honest, I have been in Bath, Somerset for the past 9 months. The music here is as dull and safe as David Camerons chauffeur. However going back to London Oscar Suave were a great band to play with, was always a fun evening. I hear The Merrylees are doing well up in Edinburgh which is good to hear. Ryan played bass with the band before we moved to London It’s always nice to hear when your mates are doing well.

Q. Which bands you love to make a cover version?
(Scott).....i wanna do something by lee hazlewood...or "i want you" by the troggs

(Craig)... I think when we done BJM cover of anenome, we done it justice!

Q. What´s the plans for the future....
(Scott)....to keep making the best music we can possibly make, keep playing shows, keep releasing records and having fun. record label or not, we are not going anywhere, were still gonna be a band til the day i drop dead.

(Craig)...To make more records, to play over Europe and take the band as far as possible.

Q. Any parting words?
(Scott)......brush your teeth, drink lots of water, be nice to your girlfriend/boyfriend/wife/husband, always look both ways before crossing the road, stay out of prison and never, ever, give up on your dreams!