Interstellar Overdrive with The Red Plastic Buddha - An Interview 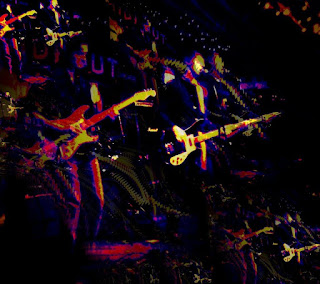 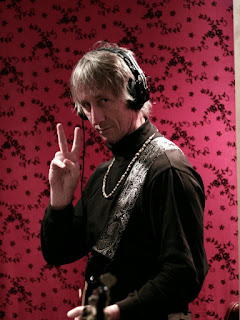 Q. When did Red Plastic Buddha start, tell us about the history...
The trip began in 2005, out of the ashes of other things. We set out in a spaceship with a map to the UFO Club of ’67 London. Some things happened on the way, some twists and turns. We lost a few people. There were fights and at some point we ran over something dark in the desert. Our spaceship turned into a GTO with a smashed-in grill and milk crates for seats, but it’s fast. We’re still heading to the UFO Club, but we’re a different beast now. I hope our friends will still know us when we arrive.

Q: Who are your influences?
Oh, Barrett’s brief stint as the darling of Swinging London is a certainty. Groups like Tomorrow and early Soft Machine, the Nuggets one-hit-wonders, Seeds. But odd sounds like Van der Graaf Generator and Joy Division are in there as well. Other non-musical influences are just as important. I think a lava lamp, a broken lighter or a Nehru jacket are just as important as anything when it comes to making art. Many parts make up a whole.

Q. Made a list of 5 albums of all time…
There are plenty of obvious things that anyone who has listened to us will know, but here are five great records in no particular order: Forever Changes – Love, Strung Out in Heaven – Brian Jonestown Massacre, Vainly Clutching at Phantom Limbs – Elf Power, the self-title debut by Green, Nadir’s Big Chance – Peter Hammill.

Q. How do you feel playing alive?
It’s the greatest of things. The sheer immediacy of it, I feel like I’m riding a wild animal without saddle or reigns. The energy I pour into the music blends with the energy my band mates pour in and it leaves our amps in a wave. When it hits the audience and echoes back over us, I feel like I’m made of white fire and nothing can touch me. I’m never as happy or as aware as I am when we’re playing live. It’s like nothing else.

Q. How do you describe Red Plastic Buddha sounds?
I think the term ‘psychedelic’ has lost a lot of its meaning these days, but if we were to choose a box to set up shop in, that’s as good as any. We’re more pop oriented though and we tend to be more radio friendly. Psychedelia your mum might sing along to in the shower. Actually, we like being with in the shower with your mum.

Q: Tell us about the process of recording the albums?
We go into the studio with nine or ten songs that we’ve been playing live for a while. We record live and then get around to overdubs and adding things. We might try some ideas that end up being thrown in the scrap heap, but which get torn apart and recycled for parts. Sometimes a song just magically appears. We’re nearly ready to record our next record, and it’s going to be called Songs for Mara. 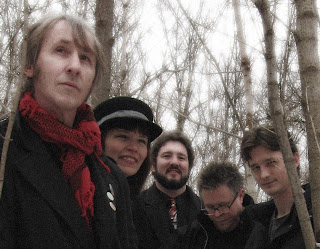 Q. Which new bands do you recommended?
I really like Sufis out of Nashville. Elephant Stone gets a lot of plays as well. House of Fire from Philly are great, and we plan on doing some shows with them this year. Locally, I really like Strychnine, Outer Minds, Luck of Eden Hall, Dark Fog, Radar Eyes, Energy Gown … the list is endless. Come to Chicago. It’s a beautiful place to be.

Q: Which bands you love to made a cover version?
There are many. I like to include a cover song on all of our records, as a way of paying homage to those who have gone before. I’m still not sure what we’re going to record for Songs for Mara. The challenge is always to make it your own. We were working on All Too Much from the Beatles for the new record, but we just couldn’t do anything with it. Same with Lucifer Sam. We’ll figure it out.

Q: What are the plans for future....
Just to keep the wheels turning. I don’t care so much about fame or money, so that deviates the industry approved path. We make music for the sake of making music. I think that to do otherwise would influence us in a negative way. There will be new music available before this year is out, so that consumes most of my time.

Q: Any parting words?
Life is short. Don’t be shy about experiencing new things. You’re never too cool to be kind. Endeavor not to be an ass.
*
*
*
Thanks Tim