A Means To An End with Depression 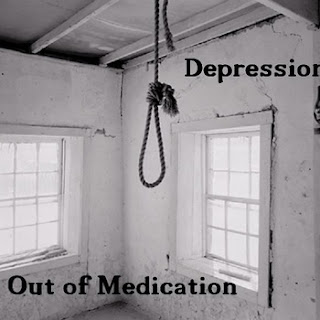 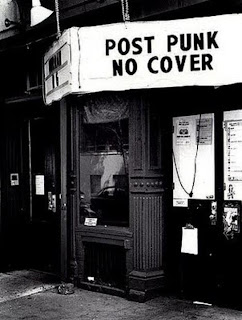 DEPRESSION is a philadelphia solo project by Jason Elliss from Under the Wire. Depression is basically the music i write thats too cold/dark for Under the Wire. I am 24 years old and besides these 2 projects ive only been in 1 other band when i was 16 and it was garbage. so growing up i didnt really have music as an outlet i was just your average teenage lost soul. did alot of things im not proud of and i decided to make music that reflected on those bad times(i.e. the name depression),  so The ep is called " Out of Medication" which is coming out on patetico recordings (shishi,stellarscope,panophonic,drowning dreams, the playing fields) "Out of Medication' is basically stating the obvious... im out of medication and this is my cold version of life.

The name of the project and ep speaks for itself. Wveryone goes through hard times, some harder than others. you can look past it but a piece of it will always stay with you. Its just nature. i like to be honest with myself about who i am... this ep was closure for my past. This is the first ep by Depression and the entire ep was donated for the Danny Lackey fund. If you have time and want to hear good music buy the compilation and donate your time and money to someone who really needs it.

1. "LOST" - lost was written last week. it is a feeling i am familiar with so, i wanted to put a sound to that feeling. There is no specific meaning behind it really just a soundscape you can get lost too.

2. "WITHDRAWL" -  Withdrawl is this kind of shoegazy drone pad effect song i did. the feeling i get when i hear it is unexplainable. its a song that i wrote not thinking i would put it out on the ep. I get a natural feeling of abandonment and sadness from hearing it. its something ive always dealt with though
.
3.A ( A IS FOR ANXIETY) - All of the songs i have written have some kind of tempo or tone or theme for my life... this is my version of anxiety.

4. "PHENCYCLIDINE" - is known as pcp. Like ive said ive been through alot of bad depressing experiences and one of them happened to be a dependence on pcp when i was 15 and 16 years old.i was really bad and would basically hallucinate 24/7 because i was just so fed up with everything, this song just reminded me of some of the auditory hallucinations i would have while on that drug. im not proud of any of the things ive done in the past. and it is my past. so i dont want to be judged for it.i am a different person now, better.

5."NOBODY KNOWS" - This is another song i made a while ago. i made this song with the thought of " nobody in this entire planet will ever understand who i am and what i do or why i do it" this is something very devestating in your life to learn.

6. " THE ENDING" - The ending is a very jazzy gazy, classical keys song i was originally going to put on the under the wire ep... but after listening to the tracks we already had done it really didnt fit well with the rest.
*
*
*
Thanks Jason