Sweetness and Light with The Fauns - An Interview 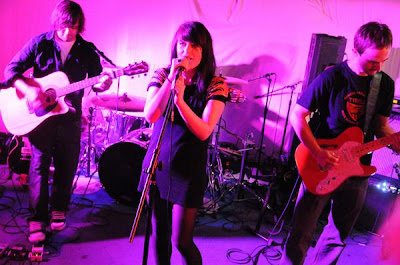 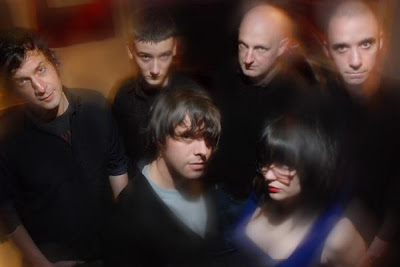 Q. When did the Fauns form, tell us about the beginning…
M: The Fauns began as one man and a plan in 2007 and we're a six piece three years later. It's been enjoyable but incredibly hard work getting it to the stage that we’re at.

A: For me the Fauns started when Mike asked me if I would be interested in being involved... I think he’d heard me singing around a Butlins chalet we’d shared once and thought I’d do!

Q. What are the band’s influences?
M: The obvious influence is that of the 90s UK shoegaze scene but we have a pop sensibilty which is important i think. People react to pop, it can't all be gloomy soundscapes.

A: Each band member comes from a very different musical background which serves to create interesting and ever evolving music. Our diverse influences allow us all to bring different elements to the sound, and ensures we always challenge ourselves to move forward.

Q. Tell us about the recording process for the debut album?
M: The first album was recorded over eighteen months between various bedrooms. The album charts my learning experience with recording equipment. At the outset i literally did not know what i was doing, there were a lot of happy accidents on the first album. The forthcoming second album is a progression from the first stylistically and technically but you'll have to wait until the winter of 2010 to hear it. It's sounding very good.

A: We’ve all learnt so much, it’s been fantastic fun and I’m so so proud of it. 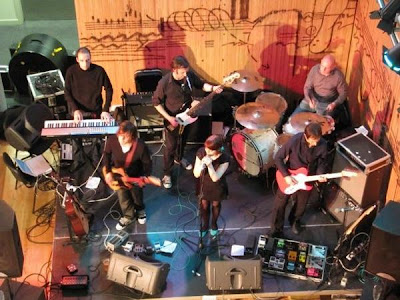 Q, Tell us about playing live.
M: We have a complicated set up and the live mix needs to be just right for our music to be represented properly. We had problems initially playing live because the different engineers had their own idea as to how we should sound. As a band you can rehearse to perfection but it's the engineer on the night who holds the key to whether you'll sound good or not. We solved this by getting our own engineer who knows our sound.

A: For me playing live is the fun bit!... There’s nothing better than the feeling that you’ve really engaged and connected with an audience… it’s even better than chocolate.

Q. How did last years gigs go?
M: Last year we played some fantastic gigs. We've really started to notice a swell in the size of our audience too, also where we used to be booked as support we now generally headline. We must be doing something right. Last year it was a dream to support The Pastels and The Telescopes, two of my favourite bands of all time.

A: I’ve enjoyed myself so much over the past year, our home town of Bristol has been so supportive. This year I can’t wait to play different cities and festivals and reach more and more people. Touring Europe in September is going to be amazing! 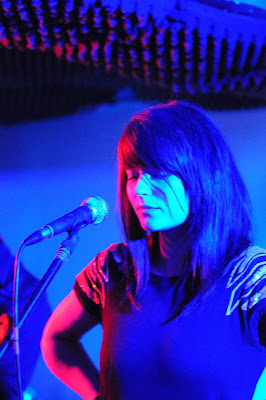 Q. What do you think about the classic shoegaze era?
M: It was a very short period in musical history lasting maybe three years before rave and Britpop conspired to extinguish it. Genre revival comes in cycles and it was only a matter of time before the original scene was reappraised and a whole new generation of bands would come along... The Fauns hit this wave of interest at the right moment.

A: If I’m completely honest, I hadn’t even heard of shoegaze until I joined the fauns My influences are very different, so im relishing in the discovery of something entirely new to me. I like to think of our sound as being influenced by and not dictated by the shoegaze genre.

Q. Tell us about bands in the current shoegaze scene…
M: The modern shoegaze scene draws on past elements but there is a definite fusion with new technology. The guitar pedals and feedback are still important but it's very common to see a glowing Apple logo on stage too. I see it as yet another layer in the beautiful noise, for me the resulting sound is more important than how you achieve it.

Q. Which songs by other bands would you like to do cover versions of?
M: Maybe a cover of something by Serge Gainsbourg... I love soundtracks so i'd like to do something that uses elements of the "Blade Runner" soundtrack... Not exactly a cover version. The opening theme from 70s sci fi flick "The Omega Man" has some very interesting elements too.

A: I agree, I’d love to play around with some soundtracks, the marriage of film and music is such a powerful and emotive thing.

Q. Which new bands you recommended?
M: I've been listening to A Place To Bury Strangers, Le Volume Courbe and Daniel Land & The Modern Painters all of whom i think are fantastic. Also look out for 93 Million Miles From The Sun and Presents For Sally, both of these bands are releasing albums later this year on Laser Ghost Recordings (my label). 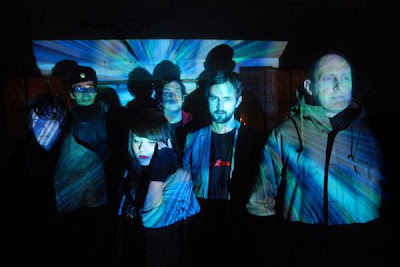 Q. What are the plans for the future?
M: Completing the second album, a tour around Europe with The Telescopes, more gigs and it's a priority for us to move into television and film soundtracks.

A: Although we would love to move in that direction it’s also so important for us to keep on developing our live sound and connecting with more and more people, for me that’s what it’s all about.

Q. Any important news to tell us…
M: Hmmm, i heard that David Bowie got pecked to death by a flock of angry swans, the price of rabbit food is set to soar... Also Nasa have invented a new Space Shuttle powered by orange juice...

A: …Oh and that we now have a super pretty pink vinyl version of our debut album out…
*
*
*
Thanks Alison & Michael

The Fauns - Road Meets The Sky - Live At BBC