Sound of Confusion by The Voices - An Interview 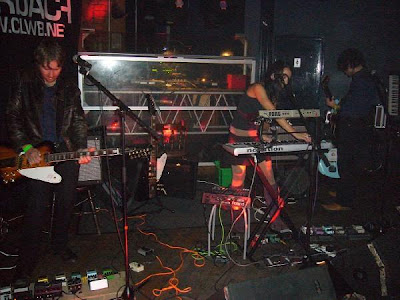 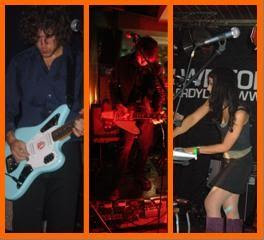 Q. When did the Voices form, tell us about the beginning…
A. In 2005 myself and Chris Pompa decided to write our own songs having been a drummer (me) and a singer (Chris Pompa) in other bands. We bought a guitar each, having never played before and just started writing some songs. Clare Pompa then joined to sing, play keyboards and drums.

Q. What are the band’s influences?
A. Everything-really everything. Chris Pompa was listening to a lot of jazz and has great musical taste- and I was, am still am listening to Tom Waits every day, early blues and lots of pop too! I was never really into shoegaze and we didnt realise we were a shoegaze band until people started telling us we were. When we started the band i owned 1 Spacemen 3 album and Chris Pompa owned no shoegaze stuff! Of course i had heard all the bands but never really got it. Once people started talking to us about shoegaze I went and bought loads of albums.... and the classics are great and other i think are over rated. I'm not trying to say we ever thought we were original. As i said before we didnt know what we were doing. My head was all a mess and I wanted the music to sound like this! I love My bloody Valentine, Spacemen 3 from shoegaze and loads of new bands like Autolux, The Warlocks, Fleeting Joys, Arboreteum- the list is endless

Q. Tell us about the recording process for the albuns albuns?
A. Again- no idea what we were doing at first- the first album was written with one guitar, a delay pedal, a cheap microphone, a fuzz pedal and a keyboard. No expenisive preamps, compressors etc. I just plugged everything into this £200 eight track recorder and used a dodgy drum machine. The second album was similar with a few more pedals for the guitar but nothing else really. I then spent some time to learn a bit more about mixing and the studio and now have a nice home set up with some better gear and a computer set up. The third album was recorded on this and I am beginning to get to understand recording and try to make the mixing a little better. Everything was recorded , produced and engineered by The Voices- we tried a few other producers but they didn't get what we wanted. 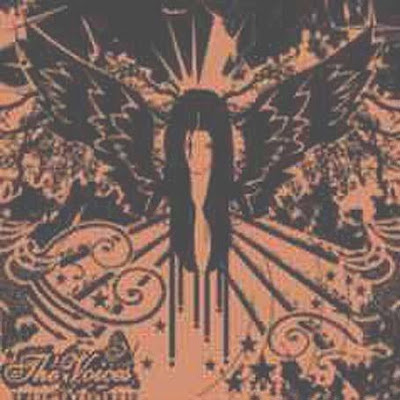 Q. Which is your favourite Voices´album?Why?
A. The first one- i think our third album has some great songs but I love the naivety of the first album and the lo-fi sound- its also slightly more depressing too!

Q, Tell us about playing live.
A. We played all around Britain for four years- I hated playing live and the other two enjoyed it! The set up was Chris Pompa and myself on guitars,and vocals, Clare Pompa on keyboards, some drums and vocals, and the rest of the drums from a sampler. We were extremely loud, would never have a break in between songs, and played in darkness with strobes and lights- classic shoegaze i guess! I have a great video of the band playing live which i will upload one day

Q. What do you think about the classic shoegaze era?
A. My bloody Valentine are amazing!, Spacemen 3 have written songs I would love to write, . I love early Jesus and mary chain, Cocteau twins , early telescopes. I still think of shoegaze as british but Sonic Youth and Dinosaur Jr also are fantastic and have that sound for me! 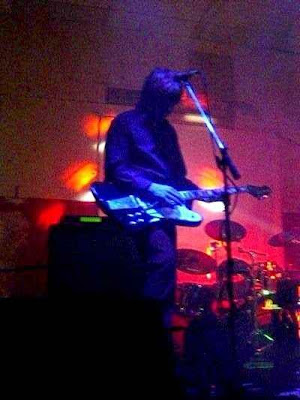 Q. Tell us about bands in the current shoegaze scene…
A. The fleeting joys are amazing- check them out, air formation keep writing brilliant songs. Lots of the new bands to me have elements of shoegaze mixed with other influences- again its not for me. Oh yeah and Sereena Maneesh- I love their first album. and Autolux too -although not as shoegaze in my head. Also check out The december sound, cosmic dust. Some of these arent so new I guess! 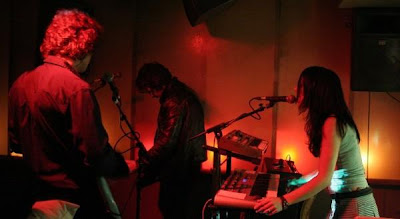 Q. Which new bands you recommended?
A. as above-

Q. Why the Voice R.I.P.?Explain the end..
A. unfortunately I am unable to discuss this- it was a sad time and a bitter story to tell

Q. What are the plans for the future?
A. Chris Pompa and Clare Pompa are working in a country band. I am working on new projects more like The Voices. They will be out and about and released some time this year I hope