Washed She with Eye Floss - An Interview 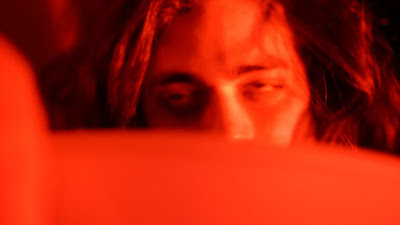 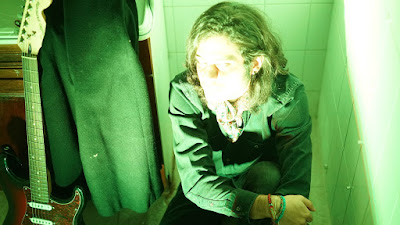 Q. When did Eye Floss begin? Tell us about the history...
Eye Floss as an artistic expression was born late 2013, I was on vacation in Thailand and it just came to me out of nowhere that I wanted to start recording my music when I got back to my home country Kuwait. I was involved with music since a very young age, I used to play the piano as a kid and switched to drums during my teenage years and eventually getting into production and synthesizers when I was in university. I studied business in university so music was kind of my outlet at the time.

Q: Who are your influences?
I'm influenced by a lot of music genres from vaporwave to black metal, but growing up I used to like Radiohead and The Cure. There are other bands that I like a lot but I think most of my influence comes from within, I genuinely think it's unfair to me and my listeners if I'm too influenced by somebody and start imitating someone that I'm not.

Q. How do you feel playing live?
That's a good question I don't think I've made up my mind on that yet, there are instances were I absolutely enjoyed it and other times I absolutely despised it. It's really important for me to be in the right head space and enjoy myself to give a good show and that usually derives from being in an environment that's technically competent when it comes to sound, but I still believe some forms of music are not ideal for a live scenario. At the end of the day being from a small muslim country like Kuwait makes it difficult for artists like me to play live and expose the public to unorthodox forms of music, gigs do happen but they're infrequent.


Q: Tell us about the process of recording the songs ?
I usually come up with certain characteristics of how a song should sound like in terms of texture and rhythm, after I come up with a demo that could I listen to on a loop for several hours and not get bored of it only then I start coming in terms with how the song makes me feel and what emotions from within me gave birth to it, after that I start translating the sounds and put them into words (lyrics) that reflect the feel of the music

Q. Which new bands do you recommend?
An artist called Tullond Men, He's a very lowkey independent artist that i'm abolutely in love with. Caerulea is fantastic too.

Q: Which band would you love to made a cover version of?
Cocteau Twins probably, but I've found that to be an impossible task because of Elizabeth Fraser's gibberish lyrics.

Q: What are your plans for the future?
I'm currently working on the next Eye Floss project I'm taking a different direction sound wise. I'm also working on a second album for a side project called Bloom Tribe.

Q: Any parting words?
Matchbox in german is streichholzschachtel
*
*
*
Thanks