Somatic Alterations with Dustings - An Interview 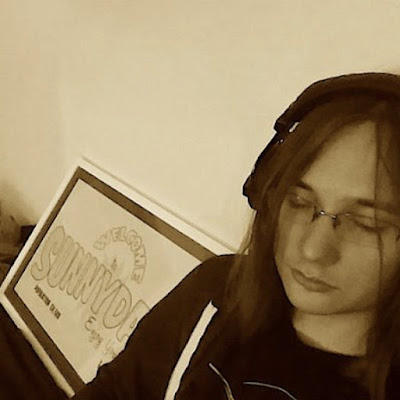 Q. When did Dustings begin? Tell us about the history...
I first started recording under the name Dustings around 2010, when I was just starting college. It was a way for me to make little demos of my instrumental ideas using a basic Garageband session, and not much more. At the time I was afraid of singing, even on recordings. In 2013 I was diagnosed with Leukemia and had to undergo chemotherapy for about a year, and this was when Dustings, to me, REALLY began, as I started devoting all of my time to writing and recording songs. I got over my fear of singing and just started writing a TON of dream pop songs. It was a difficult time, but I survived and I feel the entire experience defined how I approach writing and arranging songs as a solo artist. So in 2016 I released my first record, Afterthought, and since then I've just sorta been soaking up as much influence as I can, trying to better myself as both a songwriter and producer. I feel that shines through a bit on Somatic Alterations, my latest (2018) record.

Q: Who are your influences?
I think the most obvious influences are Cocteau Twins and Slowdive—those bands completely changed my life; their nostalgically romantic, otherworldly textures opened up a new, dream-like world to me, and I've been chasing that world in my own music ever since. It's very evident in my use of chorused, reverb-drenched guitars and swirling synths. I also take a lot of influence from early Aphex Twin, the band S (now called Jenn Champion), and Grouper (a.k.a. Liz Harris). And then there's also Lovesliescrushing, who, along with Grouper, has an ambient production style that's pretty much flawless to me.

Oh, and I can't forget the Twin Peaks soundtrack, which has affected me in a slightly different way but definitely informs how I design my synths when I make them from scratch.

Q. How do you feel playing live?
I've performed live as a lead guitarist, but not as Dustings. I've never actually performed Dustings music live before. It's strictly been a solo recording/production project. Maybe someday though...

Q. How do you describe Dustings´ sound?
I'd say Dustings is a combination of dream pop and downtempo electronica, with a dash of ambient thrown in. But my records are, honestly, a bit all over the place. A song like "Delicate Decay" is a pretty classically structured dream pop song in the vein of Slowdive, but a song like "Entheogen" opens with a ton of sampled instruments, movie clips, and field recordings, inspired a bit by DJ Shadow, before it breaks into what I like to call a "sad rave song."

So nothing's really off-limits in terms of what instruments or digital plug-ins I use or even how I structure a song, but I try to infuse all of my music with a sense of otherworldly ambience (that better dream-world I'm forever chasing) as well as a sort of honest, sadness-infused optimism; there's no shortage of things to be sad about right now, but I try and use whatever survival and coping experience I have to create as much optimism as I can muster, all while still staying personally honest to my admittedly turbulent emotions. I feel those elements, along with as much reverb as I can feasibly use, define the "Dustings" sound.


Q: Tell us about the process of recording the songs?
The songs almost always start out as a guitar riff, since that's my main instrument. Sometimes they stay that way and sometimes I transpose them to other instruments or textures—whatever feels right for the mood and atmosphere of the song. From there I generally figure out the basic harmony and rhythmic structure of the song and then record all the instruments myself using Ableton Live in my home studio. The songs then tend to undergo a lot of changes during the recording sessions. It kinda takes forever, but I just really, really love the process.

And I also collaborate with some amazing musicians, like vocalist Shannon Chamberlain (who sings on "Delicate Decay" and has her voice sampled on "Sankhara" on the new record; her voice is also sampled backwards on "Murmured Hymn for Defocused Eyes", creating a slightly obvious Loveliescrushing-inspired sound) and I also work with guitarist and vocalist Brian Fritz (whose voice is sampled on "Sankhara").

Q. Which new bands do you recommend?
Wild Nothing, Apollo Vermouth, Foxes in Fiction, and U.S. Girls are all amazing new (or newish) bands/artists, and they all display, in varying forms, some wonderful sonic elements relevant to anyone interested in gaze-y or ambient music.

I also love Mitski and SOPHIE.

Q: Which band would you love to made a cover version of?
Fugazi! I don't know how well it'd work as a post-modern ambient/dream pop cover, but, eh, I feel it'd be worth a try.

...but I also might just want to rock out.

Q: What are your plans for the future?
I'm currently focused on writing and recording more Dustings music. In my personal life I'm finishing up college with a degree in sound engineering, so those two things should go hand in hand in helping me make as much music as I possibly can.

Q: Any parting words?
"The only important elements in any society are the artistic and the criminal, because they alone, by questioning society’s values, can force it to change."
—Samuel R. Delany

And I just wanna thank TBTCI for this opportunity to talk openly about my music. It's been a great experience, and I look forward to hearing all the other artists you guys are gonna discover.
*
*
*
Thanks