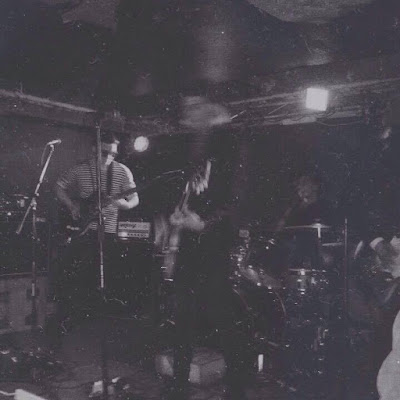 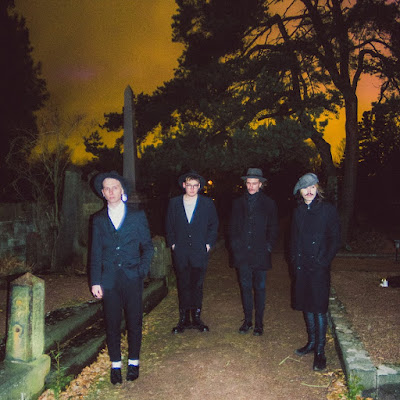 Q. When did Rue Morgue start? Tell us about the history...
Waldemar: Well, there’s not so much history yet to tell. Our first rehearsals were in January 2016. Then we have played couple of gigs, recorded an EP which is to be released by Svart Records in spring 2017. We are also planning a tour in Europe which would take place in autumn.

Q: Who are your influences?
Waldemar: Myself. I've got great ideas endlessly.

Julius: Prince. And everything around me. Mostly prince though.

Terveet Kädet - Ääretön Joulu This record is the record to blame for me being a drummer. The beats are damn raw and fast. Same beat from the beginning to the end. No bullshit. This was the thing for fourteen year old me. Läjä Äijälä’s lyrics are also a thing to mention: so obscure and enigmatic.

Nick Cave and the Bad Seeds - Your Funeral… This album really got me when i was sixteen or seventeen. I was so intrigued by it. An album I’m certainly never going to get tired of.

Charles Mingus - Pithecanthropus Erectus I really love Charles Mingus. This record has taught me so much about bass as an instrument. The mood in the songs are just right for me to drink lots of amounts of gin and tonic, smoke tons of cigarettes and write.

The Cure - Pornography ''It doesn’t matter if we all die.'' Yes, of course it doesn’t. But kindly reminded Robert! Oh, sweet teenage.

Julius: Father John Misty - I Love You Honeybear
His debut album is great as well. The new Bob Dylan for people who hate words like "the new Bob Dylan."

Marvin Gaye - Here My Dear
The most bitter breakup album ever. Great to play at parties.

Ariel Pink's Haunted Graffiti - Before Today
Listen to this on the bus.


Q. How do you feel playing live?
Julius: It's like playing a game with everyone in the room.

Waldemar: I feel nothing. Mostly I just pretend to have fun, but in reality, I just would like to go home and listen to Nick Cave.

Q. How do you describe Rue Morgue sounds?
Waldemar: Call for help. Last days are here.

Julius: Rue Morgue sounds like the final encore before the bomb drops.

Q: Tell us about the process of recording the songs?
Waldemar : We record all our parts separately. Not much of hanging out as a band. Pointless relations would kill the mood.

Q. Which new bands do you recommend?
Julius: I haven't had time lately to search for new stuff.

Q: Which band would you love to made a cover version of?
Julius: I wanna cover the stuff I like, but those songs would need too much work to sound great in our style. That effort is best spent on new songs.

Q: What are your plans for the future?
Waldemar: To do shit that i care for. Obviously.

Julius: Hitting strings in front of people who enjoy watching that kind of thing.
*
*
*
Thanks