Skeletons with The Liar Script - An Interview 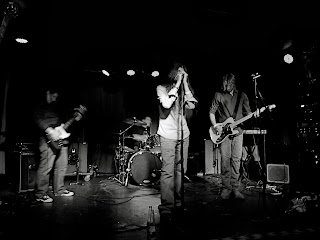 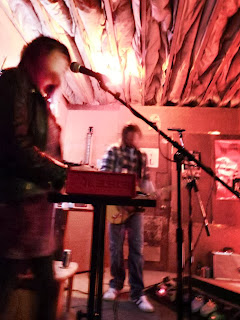 Q. When did The Liar Script starts, tell us about the history...
I started writing material alone back in 2007, though in truth, there was stuff I was working on years earlier that I would later salvage. A drummer friend of mine and I had talked about starting a band, but it wasn't until three years later in 2010 that we'd get together to flesh out some of the songs I had already done. We ended up recruiting a friend of his on guitar, his wife on synths and found a bassist through a classified. By year's end, we did our first live gig, playing locally in the Bay Area here in California as well as down in L.A. It's cliche, but a few members have been in and out, specifically on bass and synth. Usual band stuff haha. It's been recently stripped down to just myself for the time being, at least until I find some new musicians for a fresh start. There's absolutely no bad blood between any one of us, so there's that; we're all still good friends. The Liar Script just needs people that are all on the same page and can commit fully to what the band overall needs. I still continue to write music, and when the line-up's redone, we'll continue playing live and recording new material, etc.

Q: Who are your influences?
Well, other post-punk bands from back in the day are an obvious one. Joy Division, PiL, The Birthday Party, Section 25, The Sound, The Pop Group, early Echo, bands like that. Although I listen to far more in the genre, I wouldn't necessarily call those others influences. Some more modern ones are, though outside of post-punk, Portishead, Massive Attack, godspeed you! black emperor, Cocteau Twins, Slowdive, My Bloody Valentine, even if they're harder to tell in our music. Then there's film. Directors like Ingmar Bergman, Lars von Trier, Wong Kar-wei; all have just as much of an influential hold on our music as does any band. Subject matter and emotion/atmosphere are the main driving force in both music and film In the end, I guess it's all just expressive art.

Q. Made a list of 5 albums of all time…
This one's kind of a hard one. I clearly can't speak for anyone else, but my own choices? I can give you two lists.

Q. How do you fell playing alive?
I've always felt being on stage performing music is preferable to being anywhere else. I personally love it. It's odd, because I'm not really a very social kind of guy. I keep to myself most of the time, but there's something about music I feel compelled to do. Performance is exhibition, I suppose, and though our music is intensely personal, I feel at ease most when expressing it in front of a crowd. It's not an ego thing, though. It's always about the music itself, and the people behind it are, the way I see it, almost irrelevant. It's a rawer, more intimate look, and I love that. Music indeed should be experienced live.

Q. How do you describe The Liar Script sounds?
First and foremost, we're definitely a post-punk band, however anyone categorizes the term. In a lot of ways, we'd probably fit in with that first generation of bands coming out of the UK in the late 70s. I'm fine with that. That said, considering our other influences, we also bring a little something different to the table to give us relevance. There's a point to our existing out there, rather than simply, "Hey, we want to do that style, too." There's a strong modern noir theme throughout. When writing, I always think of a cinematic angle to our material, almost like we're writing songs for a soundtrack to a film that never existed, some dark or gritty indie drama or some Criterion film. It sounds so pretentious, but it's true haha. Also, since there's a bit of shoegaze in there, you could think of us as sort of a mix of Factory Records and 4AD. The Liar Script is dark, but it's grounded in real life. The world is a screwed up place with all its screwed up folk, and that's how we sound. 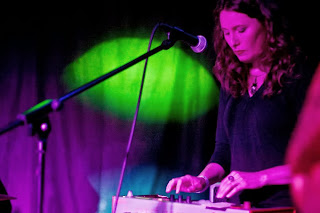 Q: Tell us about the process of recording the songs?
Unfortunately, we haven't had a full band recording yet save for a few low quality live videos using someone's phone. The actual recordings on websites like Facebook, Last.fm or Bandcamp have been done at home so far. Bass is the lead instrument, so songs basically start from there. Then come the drums, and when that's done, the guitar can be laid down as a textural kind of thing. Our synth-work is minimal, again meant more for texture and atmosphere than melody. Vocals are always last, and in a sense, never really meant to be the main focus of any song. The bassline and rhythm are always king. Everything's recorded digitally, but there's little to no "studio trickery" going on with either editing or performance. It's all pretty straight-forward, really.

Q. Which new bands do you recommended?
Admittedly, there isn't too much new music that really does much for me, but of those that do, I'd have to recommend the British band 2:54 most, definitely in line with what I like and with the overall mood our own music has. Other bands I might suggest would be Warpaint, Savages, Chelsea Wolfe or The Soft Moon. A few friends' bands, like Man in the Planet and The Science of Deduction, are also worth checking out. There are others that I think are alright, but again, I'm not all that big into too many current bands.

Q: Which bands you love to made a cover version?
Live, we've covered two songs: The Sound's "Winning" and Joy Division's "Colony." I may or may not consider a few others, like Echo and the Bunnymen, The Stooges, Massive Attack, etc. As enjoyable as they are to do, I wouldn't want to get too hung up on doing them, though.

Q: What´s the plans for future....
Well, the immediate goal is getting our four song EP, Lesser Men, finished as soon as possible. I also need to round out our line-up, as mentioned, in order to get back to playing shows again. I'd like to eventually start doing some festivals to get our name out there more and expose our music to new audiences. I'm not overly enthusiastic about signing to labels, but with it does come a certain degree of name recognition and exposure, depending on promotion, of course. So, I suppose that's the direction The Liar Script will continue heading in to whatever extent we can. More gigs, some travel, some studio time and a bit of courting a label or two.

Q: Any parting words?
There really aren't very many post-punk bands in the world today, but the fans of the genre are definitely out there. It'd be good to see the post-punk scenes grow a little, and we'll do our own part to that end. Blogs like yours can really help out both sides, the bands themselves and audiences looking for new music, so I certainly appreciate the interest. Despite the over-saturation of bands on the market today, where some people can grow complacent to new names, I think it's now more important than ever to actively support underground music. After all, the best, most interesting stuff out there usually comes not from the mainstream but from the underground scenes, where passion for the art is more important than fame or wealth, where you do it for the love of itself above all else. Anyway, thanks, of course, for the interview. Was a pleasure. Cheers!
*
*
*
Thanks Dan, the pleasure is mine!!!