Sigh of You with Time Supply - An Interview 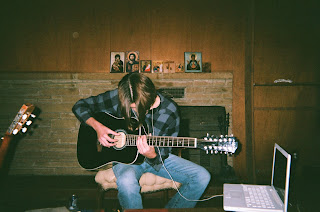 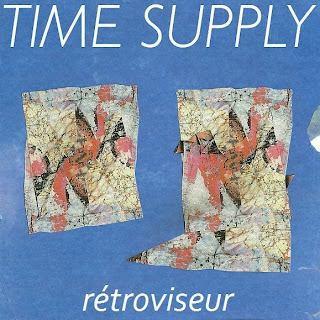 Q. When did Time Supply start, tell us about the history...
I've been recording and writing songs since I was 18, in 2001, with little promotion. Initially it was mostly lo-fi instrumentals and weird 'freak folk' types of songs, as well as some spoken word. Time Supply started in late 2012 immediately following the recording of a comedic hip-hop album under a different name. I wanted to do something that expressed the more serious side of my personality, so I started writing songs on guitar and keyboard until I had about 17 finished songs in the spring of 2013.


Q: What / Who are your influences?
I feel like I've only been truly in love once, when I was 14 years old and a freshman in high school. I still have strong feelings for that person and intentionally used her as a muse for a lot of the songs, whether realistically or not. Some songs deal with how things could have been, others deal with what happened at the time, and how I've felt since, etc. Feelings of regret and sadness that continually derive from that part of my life are influences. The 90's in general provide a lot of inspiration for me, because a lot was happening then and it was an exciting time - kind of like my own 60's experience socially, in varying ways. Friends, family, and my dog are influences. The weather, or "set and setting", are key influences as well. I wrote most of these songs sitting on a rock by a creek behind my house, in the morning mostly, when it was fall / winter and the air was crisp and the sun was out. In the summer I typically don't feel as good as I do in the winter.

My musical influences vary extensively because I'm a fan of so many different types of music. But a key influential period to my songwriting is the early 2000s rock scene, when people were making music with exceptionally honest lyrics, so much so that they'd probably be considered square by today's standards because they are so direct and at times positive sounding. I cite STP's "Shangri La Dee Da", Zwan's "Mary Star of the Sea", Bicycle Thief - "You Come and Go Like a Pop Star", the song "Here to Stay" by New Order, Scott Weiland solo, and Silverchair's "Diorama" as key examples of what I think I'm most influenced by in my songwriting, especially lyrically. In general sound-wise, the solo music of John Frusciante and Syd Barrett are key influences as well. Ishmael Butler from Digable Planets / Shabazz Palaces is a major influence as well, mainly as someone who's a true original and who was until recently very underground, even though his music was in my opinion some of the most original ever made. Being an underground artist who feels pride in what I do, I relate to him strongly. I'm also strongly influenced by the films of Terrence Malick and the novels of Thomas Hardy, and have a strong interest in poetry by people like Jim Carroll, Percy Shelley, Gergory Corso, Rimbaud and Kerouac. The name "Time Supply" is taken from Dr. Sax by Kerouac, as one of the names of the marbles he used to race against each other as a kid. I subsequently found out it was also the name of a 1930's race horse that he'd named the marble after.

Q. How do you feel about playing live?
I wish I knew! I've only played maybe 3 or 4 solo shows in my whole life. They were fun and I thought I turned on some people to what I was doing by the end of my set, when I'd see more and more people sitting down and watching as the show went on, which made me feel good. But I think the kind of music I do, the honesty and sincerity of it, is something that takes a little getting used to. I'd like to play more live shows, tour, the whole bit. I played a lot of live shows with my former band, School Police, and it's something I miss. I think some of my songs could be felt in a more intimate and perhaps more proper context live.

Q. How do you describe Time Supply sounds?
Without sounding too pretentious, I'd say it's very sincere and honest music. We went with a minimal 80s vibe on a lot of the songs too, with hardly any drum machine or percussion. I think the term "Space Pop" is an accurate description as well.

Q: Tell us about the process of recording the album?
I hadn't seen my good friend, Kevin Dehan, from the band Love Inks, in a while, and when we got together again finally I played him some of the new songs I'd been working on live. He felt like it was the best music I'd ever written up to that point, but that I should play the songs more minimally. He made an offer to produce the album, which I gladly accepted. He has a 1/2" tape machine that he primarily records with, so I bought a couple of reels of tape and we got to work. How we worked generally was I would play a song, and he'd make suggestions as to how to go about recording them. Almost every song changed significantly from how I originally wrote it, in terms of tempo, instrumentation, and key. We had a couple of late night sessions and several shorter day sessions, and in between he'd add some additional elements, like synth or bass, to the songs in his spare time. It took about a month to record. The songs on bandcamp now are just a sample of the 10 song record.

Q. Which new bands do you recommended?
I recommend Love Inks first off, who have a new album called "Generation Club" coming out on Monofonus and will be touring soon. There's some similarity sound-wise between my music and theirs for sure. I also recommend my friend Chris Oliver's band The Solar System, who I believe you've written about before. He's done brilliant solo work for a long time now but his band is finishing an album called "Great Song!" right now and I think it makes his songs sound a lot more complete to have a band playing them with him now. I also enjoy The Cairo Gang, Magic Leaves, Telekinesis, and Raw Geronimo as far as relatively new bands go. A lot of my favorite music from this year has been made by older acts, like OMD, David Bowie, and Iggy and The Stooges, to name a few.

Q: Which bands would you love to make a cover version?
I'd be honored if anybody covered my music! My future plan right now is to make a little lo-fi EP of cover songs recorded similarly to my new album. I have several songs already picked out, so look out for that soon.

Q: What are your plans for the future....
I'd like to play shows and tour, but I hardly know any other bands right now so it's hard to know where to start. I'd like this music to find a wider audience and I'd like to see the full length album released on a label. Beyond that, I want to continue working on new music mostly. Promoting myself and trying to convince people to listen to me is something I find very difficult, and it can be counteractive to actually making music. So I will make every effort in that regard within reason, but I'm not going to stress out about it too much. I'm more concerned with making more music. Other than the EP of covers I mentioned, I'd like to make a Beck - Odelay inspired record with a lot of samples cut and pasted together to make songs. I'm also looking forward to winter so that I can get back to writing again. It's so hot in the summer in Texas that I don't feel very inspired until it cools down, so I'll be making the most of the better weather creatively.

Q: Any parting words?
No, not really, other than..... BABA BOOEY!
Thanks for the interview.
*
*
*
Thanks my friends