Losing Touch With My Mind with Huge Rat Attacks - An Interview 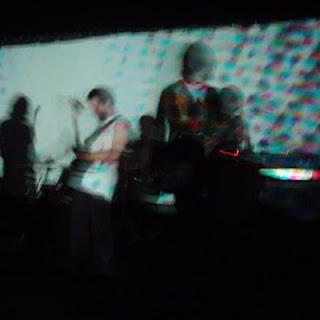 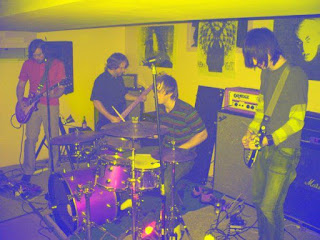 Q. When did Huge Rat Attacks starts, tell us about the history...
Jason: Justin and I started the band in 2002 just jamming in his bedroom at my parent's house when he still lived at home. We recorded a two song demo and were searching for other members. Casey wanted to join the band. He was an old friend of ours, we had both known him since High School, but I said he could only join the band if we could use his band name "Huge Rat Attacks".

Q: Who are your influences?
Jason: Black Sabbath, Liars, and I have to admit some bands that I listened to in High School still influence me a lot like the thick guitars of Smashing Pumpkins and Starflyer 59. I also have just started to get into Nirvana lately. I'm kinda late on that boat...

Q. Made a list of 5 albuns of all time…
Jason: My faves that have lasted a while aren't obscure by any means.

Q. How do you fell playing alive?
Jason: I've always preferred recording. I really like the control you have over the sound in the studio and all the subtly that can be added, which gets lost in live shows. Though, live we have been told that we have a giant wall of sound. We're also pretty loud.

Q. How do you describe Huge Rat Attacks sounds?
Jason: We have a pretty thick sound. I feel like we have a good sense of audible space. I like to think of our guitars as lasers buzzing through, zapping the song. Maybe that's why I mention lasers so much in my lyrics. There are some some subtle, eery or creepy elements to our sound, but most of it has a kind of black sabbath feel with some elements of grunge. Lately we have embraced the idea that things can be simple at times. When we try to make things too complicated, the vibe can just kind of get lost and lose focus. 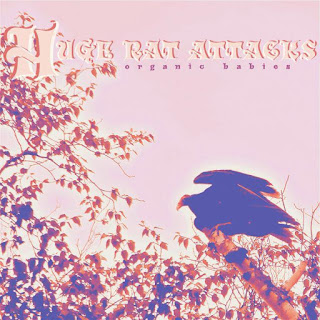 Q: Tell us about the process of recording the album?
Jason: The album was written over time in a lot of different ways. Some were parts that I came up with at home and recorded. Some Jon had come up with at home. A lot were also parts that we just jammed on all together. We record quite a bit at our space during practice, and that has really helped us with writing. I think a lot of bands do that now. We have a communal computer brain to help remember what we have done.

Q. Which new bands do you recommended?
Jason: Heavy Deeds is pretty sweet. They're from Minneapolis too. Kinda have a Fleetwood Mac vibe to them.

Q: Which bands you love to made a cover version?
Jason: We've never covered anything before for some reason. I always wanted to cover Iggy Pop "Some Weird Sin" in a super slowed down version. We've joked about covering a lot of songs, but never do. Well, usually they're Jon's ideas.

Q: What´s the plans for future....
Jason: Keep recording. Keep writing at the space. Use the money we make from shows and selling this record to do short recording sessions as we have the money and songs to record.

Q: Any parting words
Jason: You should buy our album. Seriously, it's cool!
*
*
*
Thanks guys