Lay Back in the Sun with Music for Headphones - An Interview 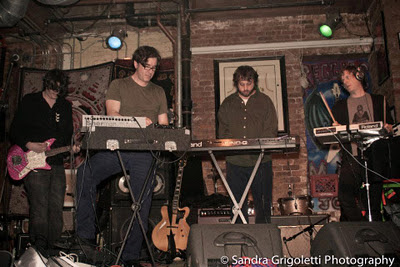 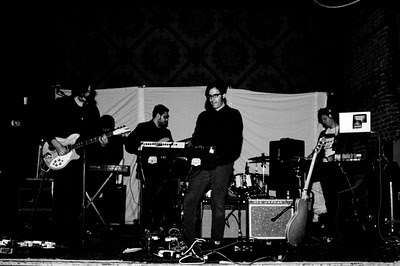 Q. When did Music for Headphone starts, tell us about the history...
A. I first used the name in 200 while living and recording in Athens, GA. My drummer at the time and I recorded a sprawling seventy minute space rock opus titled "Dreaming This Coma Life" and Music for Headphones seemed like the obvious choice for the name. After the record was completed we moved to Portland, OR with the intention of setting up a live band, but I lost interest in the project after a few auditions and decided to take some time off. I ended up playing with The Upsidedown for most of 2002 before shifting my focus to only music production.
Fast forward to 2005; I found myself in Philadelphia, PA ending a six year relationship. It was a dark and terrible time and I started recording my own music again. Somehow I had wandered back into a shoegazey, space rock realm and decided to revive the name.
Over the past nearly seven years many people have come and gone from the group (but the last two years have been a steady line up) and I've charted a lot of sonic territory making shoegaze, neopsych, trip hop, experimental and most recently krautrock records, but hopefully have retained my own identity through out it all.
Q: Who are your influences?
A. Sonic Boom/Spectrum/Spacemen 3/Spiritualized, Jesus and Marychain, The Ronnettes/Phil Spector, The Cure, early Mercury Rev, Galaxie 500/Luna, Brian Jonestown Massacre, Neil Young, the Warlocks, David Roback/Opal/Mazzy Star, Sonic Youth, Joy Division/New Order, SWANS, Neu!, La Dusseldorf, Faust, Massive Attack, Stereolab.... the list goes on and on...
Q. Made a list of 5 albuns of all time…
A. Introducing The Ronnettes by the Ronnettes
Perfect Prescription by Spacemen 3
Power, Corruption and Lies by New Order
Pure Phase by Spiritualized
Head on the Door by The Cure
Q. How do you fell playing alive?
A. I honestly used to hate it other than the moments of complete sonic chaos because I could get lost in the feeback and noise, but now I am really starting to enjoy it. It probably mostly has to do with growing into my voice, feeling more comfortable.
Q. How do you describe Music for Headphones sounds?
A. I don't think there is a simple way to do that. All of us come from different backgrounds and I/we are constantly trying to push sound in a new and different direction. I can tell you the record we are working on now is huge, spacey and epic. There will be elements of shoegaze, space rock, electro, and 60's psychedelia in it. And a whole lot more! 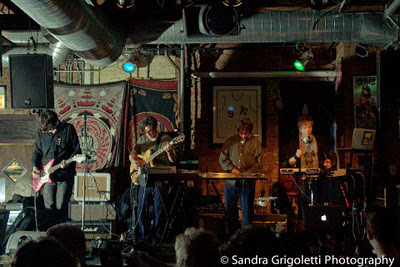 Q: Tell us about the process of recording the new album?
A. This album is being done very differently than the past records. We've been demoing out ideas live in the studio, take after take of the same idea. Then we all go home and listen, come back to the next session with refreshed ideas. The actual recording will start in the next few weeks and some of it will be done mostly live, others will start with the drums and be built upon. After all the basic tracking is done, most of it will be cut up into new arrangements then parts will either be added or replaced. We are approaching the recording process more like it is a remix, using the technology we have to do something new. Its the most ambitious record we've worked on and I honestly think it will be the best.
Q. What´s represents the shoegazer classic era to the band?
A. Well, I think the classic era has to be defined by England in the early 90's. My Bloody Valentine, Ride, Chapterhouse, Lush, Slowdive, Swearvedriver... but those bands didn't get there on their own... Spacemen 3, Jesus and Marychain, Sonic Youth... They were making similar noise ten years before.
Q. Which new bands do you recommended?
A. Bloody Knives, bliss.city.east, Morpheme, Drowner, SPC ECO, Her Vanished Grace, the December Sound, the Badhoneys, Haunted Leather, Wooden Shijps, Screen Vinyl Image, Dead Leaf Echo... There are a ton I am missing, there's just so much good stuff going on right now. 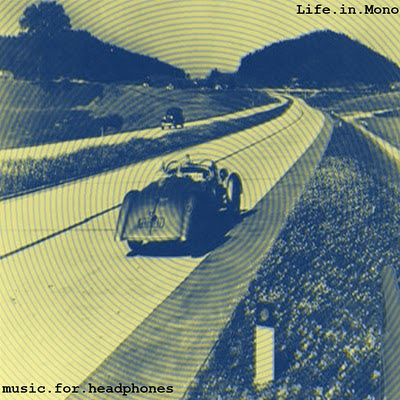 Q: Which bands you love to made a cover version?
A. Spacemen 3, Luna, Depeche Mode, The Cure
Q: What´s the plans for future....
A. Our last album, Life in Mono, is getting reissued on cassette through our new label, XD Records (www.xdrecords.net) and they'll also be putting out our new album next spring. In March we are doing a ten date tour through the southern US to South By Southwest and back. Tentitive plans to go back out to the Chicago area in May as well as a number of mini-tours in the northeastern US. Most likely we will be recording another record in the fall of 2012.
Q: Any parting words?
A. There's a revolution happening. Everybody just needs to open their ears.
*
*
*
Thanks Jonathan...
http://www.myspace.com/musicforheadphones
https://www.facebook.com/musicforheadphones