Walking with Jesus with The Vacant Lots - An Interview 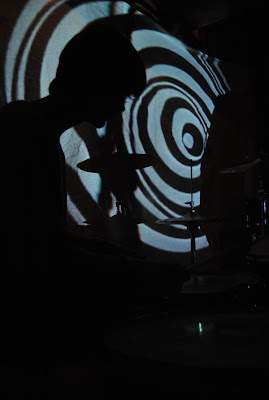 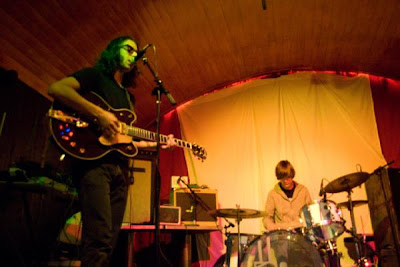 Q. When the band starts?tell us Vacant Lots history...
A. The band was formed in the summer of 2008. I was auditioning a lot of musicians around that time. I had a lot of songs already written and was looking to put a band together. Looking to find a Billy Ficca or Elvin Jones. I was listening to a lot of Indian music, Blues, and early Rock n Roll at the time. Then I met Brian who was 15 years old, classically trained and could really play drums. What I was hearing in my head for the drum sound was something akin to Native American drumming. At about the third rehearsal I got him to stand up all the drums and cymbals around him and play standing up. It added more of a heart-beat rhythm to the sound. We shared a love for Bo Diddley, Howlin Wolf, The Stooges, Spacemen 3. The guitar sound was raw - I used no effect pedals. I just plugged a Country Gentleman straight into a Silvertone amp accompanied by drones and vocals. We were creating these little rock n roll ragas. In 2 years our sound has thickened and become fuller but is still rooted in simplicity. We have been a duo ever since.

Q. Vacant Lots bring us the sensation of the classic "sex, drugs and rock´n´roll"....define Vacant Lots sounds...
A. Minimalist psychedelic dark pop duo mixed with the light of film projections...

Q: Tell us about the Vacant Lots debut gig...how was it?
A. It was loud and well done . 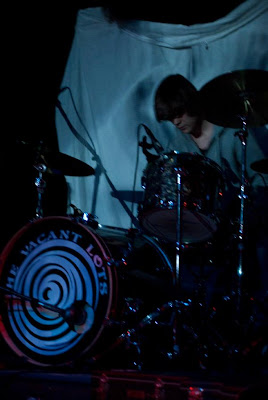 Q: Tell us about the process of recording the songs?
A. I tend to write a lot. Songs mostly develop from the poetry I have been writing. We recorded, mixed and produced 3 full length albums in less than 2 years. All 3 albums were made in the course of a weekend at Big Orange studios. Including all recording, production, mixing, etc. Our method was speed and intensity. I wanted to get the sounds I was hearing out of my head - a catharsis and release of the spirit. The best way for me at that time was to work very fast and spontaneously and let everything come through.

Q. What do you think about the shoegazer classic era?
A. It takes up a large space of my record collection.

Q: Which bands you love to made a cover version?
A. I think it would be cool for TVL to do an album of Buddy Holly songs.

Q: Which new bands you recommended?
A. Cheval Sombre, Screen Vinyl Image, Cult of Dom Keller, The Vandelles, Sisters of Your Sunshine Vapor, The Raveonettes, The Black Angels, The Asteroid No.4

Q: What´s the plans for future....new records, a tour.
A. We just got off tour with Spectrum (Sonic Boom/Spacemen 3) in May. Which was an awesome experience. We were truly fortunate to go on tour with one of our favorite bands. Sonic Boom has made some of the best music we ever heard and has continued to write beautiful and inspired music. He is someone that has been a great inspiration to us. Right now we are working on our 4th album, new projections, record labels. We are also looking into doing some more touring soon.