I Got The Devil by The Lucid Dream - An Interview 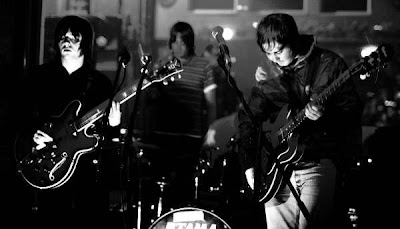 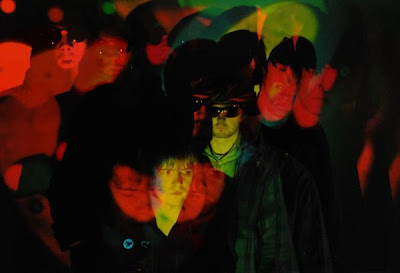 Q. When did the band start?
A. The band started in January 2008, and we played our first show in March of the same year, we only had 4 songs by the first show, but once of them was 'Hits Me Like I'm Stoned', which clocks in at around 12-17 minutes, so we never had any problems doing a full set! It was really exciting doing those first shows because we never had any music online, so people did not know what to expect. It was such a buzz to do those shows, and we had a label within 2 shows which was weird!

Q: What are the band´s influences?
A. Loads of stuff, mainly Spiritualized/Spacemen 3/Spectrum/Verve/Love/Jesus and Mary Chain, 60s garage, Nuggets, United States of America, Silver Apples, Velvet Underground, Echo and the Bunnymen, The La's, 60s girl groups, Motown. Stone Roses, Brian Jonestown Massacre, hundreds of bands! We try and make our influences reflect as a melting pot on our own music.

Q: Tell us about The Lucid Dream playing with Spectrum.
A. We played 2 shows with Spectrum in February 2009, at Liverpool Static Gallery/Leeds Library. It was fantastic, and surreal. Sonic Boom is one of our biggest influences so its a huge buzz supporting an idol for 2 shows. Will Sergeant (Echo and Bunnymen guitarist) was at the Liverpool show, it was like a dream! I thought that we played to our best abilities at those shows. We didnt speak too much to Sonic Boom to be honest. I remember the Leeds show being rammed!

Q: Tell us about the process of recording Erbistock Mill EP?
A. We recorded it initially over 4 days @ Erbistock Mill, Wales, which the label at the time (Dead Young Records) had rented. We recorded some parts at Leeds Ghost Town studios with Ross Halden, who also did the Erbistock sessions. I love the finished product, although you can sometimes lose the appreciation as it was a long drawn out process. I re-visited it recently and I am definitely happy with it! It was great to see it get the flattering write-ups too. It was self-released, as we parted company with our old label prior to release. We did sessions of 12/13 hours at a time, but it was well worth it. 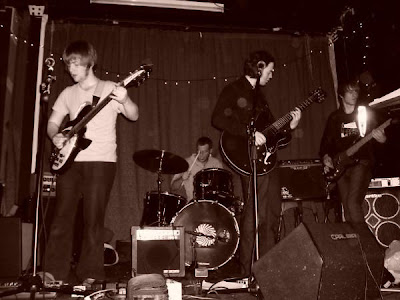 Q. When is an album due?
A. Early next year hopefully! We will record it throughout this year, and spend time getting it right and mixing it. It will be a 40 minute blast of drone and great songs. If we get it right we will have a classic, the songs are there. I know that sounds arrogant but I really do feel that we have something special there. We also want to make sure its not overly long. There will be plenty of variety on it too.

What do you think of the 'shoegaze' era?
A. Bands such as Ride, Verve, Spacemen 3 are a big influence, however we are not massively influenced by it. There was some great music, but some pretty bad stuff too, and the new wave of 'shoegaze' seems a bit snobby and unwelcoming, so we distance ourselves from it to be honest. We have our 'shoegaze' moments, but the tunes too. I think that is the downfall of shoegaze, good ideas but lack of killer tunes.

Q: Which band would you love to cover?
A. Tricky question, we have not done any covers yet and no plans also, so cant answer that one! 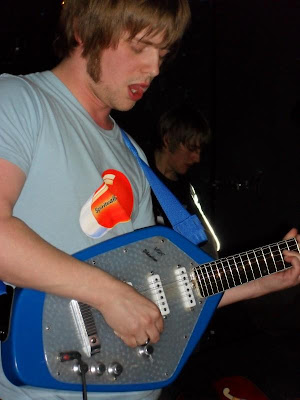 Q: What´s the plans for future....new records, a tour
A. We have just joined the roster of a new label, London based 360 Degree Music. We are looking at a late summer single with 'In Your Eyes', which is a big contrast to the EP, its a 2 and a half minute jangly psych pop song. We are recording a live session this month to have as additional I-tunes/label mailing list tracks. We will probably hold back the release until the extra tracks are done. We will be touring the UK too.

Its exciting to be on 360 Degree, it is co-run by Stuart Batsford, who worked for Warner Bros/Rhino. He is really clued up, and has been involved by releases by Electric Prunes/Jesus and Mary Chain/Love/Elektra, to name a few, its an honour to be working with them. Also, some superb acts on the label, such as Elephant Stone, The See See and Mono Stereo.

After the single, we will concenrate on album hopefully, with a single in between.