Heaven or Las Vegas with Asobi Seksu - An Interview 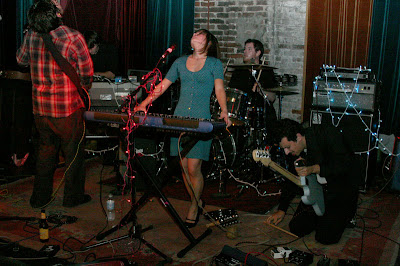 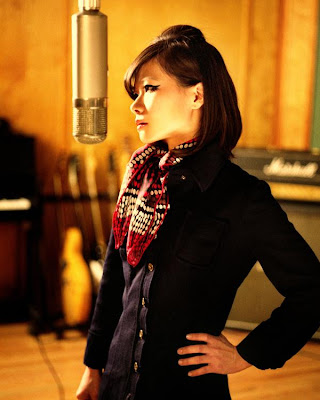 Q. When the band starts?tell us Asobi Seksu history...
A. We started in 2001-2002. I don't remember anymore...it's all blurry, but somewhere around there.

Q: What are the band´s influences?
A. Right now- Air conditioning, swimming pools+the beach, cats, Larry David, Karl Pilkington, Spiritualized. There are many many bands of many kinds- too many to list.

Q: Tell us about the Asobi Seksy´s gigs...how was it?
A. Our gigs in Brazil- We've only played one show in Belo Horizonte. It was our first time in Brazil and we were very excited. We had fun. James fell down the stairs before the show. Don't worry, he was not injured. 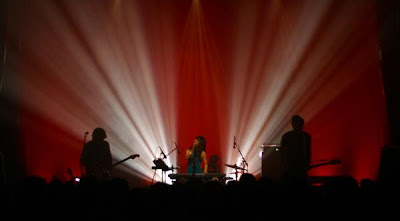 Q. What´s your impressions about brazilian tour?
A. Hmmm, I don't think that one show can qualify as a tour. Hopefully we can do more than one show in 2011 in Brazil and we can call it a tour!

Q: Tell us about the process of recording the albuns, what´s the different between Hush from the others ones?
A. This new yet to be titled album that we are recording (#4) has been a freeing, truly fun experience. Hush was in many ways a record of exploration and developing new musical/aural repertoire. The new one for me was a joy to make. It's always fun working with Chris Zane. Over the years, he's become one of our best friends.

Q. What do you think about the shoegazer classic era?
A. It was a time of truly beautiful music. We owe much to that era and the innovators of the 90s.

Q: Which bands you love to made a cover version?
A. Girl groups songs are always fun to cover. We did one of THEN HE KISSED ME. We also just did a cover of Donovan's Celeste. One of the most beautiful songs ever written. Not sure what we'll cover next. Any suggestions?

Q: Which new bands you recommended?
A. I've been enjoying Washed Out and Zane played us some of 123 band's demo which I thought was good! 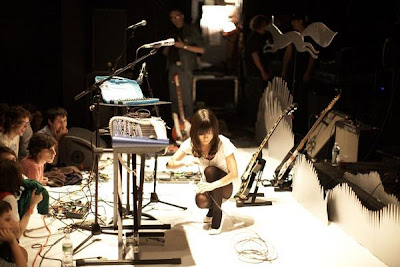 Q: What´s the plans for future....new records, a tour,maybe return to Brazil one day....:)
A. We are about to start mixing our new record which is really exciting. Plan on releasing it in early 2011. Hopefully this means lots of touring- and lots of fun shows in beautiful Brazil.