Space Out by Mono Stereo - An Interview 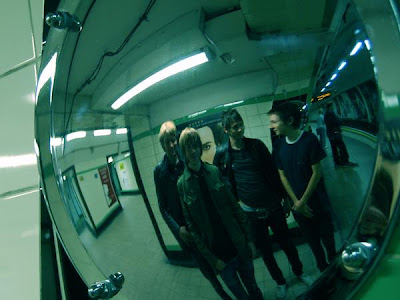 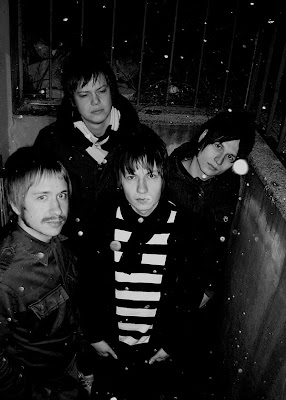 Q; When did Mono Stereo form, tell us about the beginning
A. The band was formed in the summer of 2006 by the brothers (Jakub & Geggan) . In the beginning another guy was playing bass so it wasn’t until April 2007 that the band as it is now, Geggan, Gunnar, Jakub and Kjelle, finally came together. We had all pretty much been playing with each other in other bands previous to that though.

Q. What are the band’s influences?
A. We listen to a lot of different kinds of music but what influence us the most is psychedelic music from the 1960’s and1980’s.

Q. Tell us about the recording process for space out ep and the new 7´inch?
A. We recorded both the EP and the single ourselves on our own recording equipment. We like working that way since it gives us the freedom to spend as much time as we want and need to make the best possible Mono Stereo recordings. We don’t like rushing.

Q, Tell us about playing live.
A. Doing live shows is something we really enjoy, especially if you do it in front of a crowd that gets into the music. Actually seeing people enjoy your music makes you feel that what you’re trying to do is something good.

Q. What do you think about the classic shoegaze era?
A. We really like bands like Ride and My Bloody Valentine but unfortunately we were too young to really experience them back in those days. They still influence the music we do now though. 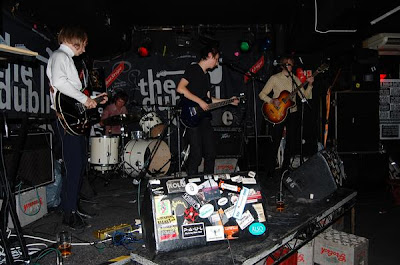 Q. Tell us about bands in the current swedish shoegaze scene…
A. The shoegaze scene in Sweden is not very big, but hopefully we will be a part of something that will make it grow. There are a few good bands around though, like The Early Days and Bolywool.

Q. Which songs by other bands would you like to do cover versions of?
A. Right now we are only focused on making our own songs, but if we were to make a cover of someone else’s music we would probably pick a song that is not really the same type of music we play and then make it into our own. We don’t really see the point in playing songs the same way as other people have already played them.

Q. Which new bands you recommended?
A. We really like The Lucid Dream from Carlisle in the UK and Abby Go Go from Atlanta in the US. There are a lot of really good new bands coming out of the psychedelic scene across the world right now. It’s exciting.

Q. What are the plans for the future?
A. We will hopefully play some shows in Europe in the fall and winter. We are talking with The Lucid Dream about playing some shows together. Early next year our debut album is going to be released, we will probably release a first track from it in the fall and then we will cross the ocean to America for the first time. We can’t wait! It’s going to be a busy year ahead. 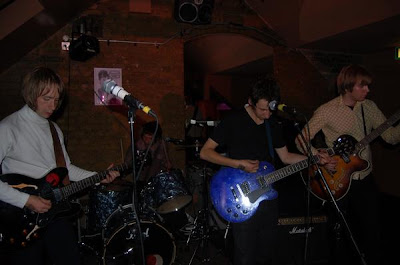 Q. Any important news to tell us…
A. Well of course we are delighted that our first 7 inch vinyl is now available. It has just been released by the MPLS label in the US and is limited to 500 copies – it can be purchased in the US here http://bit.ly/9cADnG or now from our own brand new website www.monostereo.se

It will also be available digitally from 2nd August at iTunes and most digital stores as well as from our site. Our website has just gone live and is a good place to come and get to know us – it also has links to all our social media – we love to connect with people all around the world and keep touch. We are pleased to have been introduced to your blog and readers – thanks for your support.
*
*
*
Thanks friends...all the best!!!....Renato