When The Sun Hits with Stellarscope - An Interview 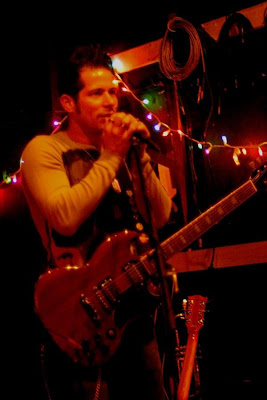 Q. When did Stellarscope form, tell us about the beginning…
A. I started the project back in the mid 90s. In 1998, I met drummer Bob Forman, and we named the band Stellarscope in 2000.

We had many musicians play with us throughout the years, and they all brought with them something fresh to the table; all of which helped us morph into what we do today. Robert DeFlaviis joined us a couple of years ago through the recommendation of our departing bass player, Peter Ohlert, which you can listen to on our previous release “…another beginning’s end”. Robert brings with him a different approach to the song creation process and plays various instruments, some simultaneously.

Q. What are the band’s influences?
A. Our main influence is and will always remain to be life. Our songs all reflect a certain feeling because it captures how we felt at a particular moment in time, like a picture but in sound. Our musical influences are very varied, especially since we are all into different types of music. We draw influences from the post punk and early goth sounds of bands like Joy Division, Bauhaus, The Cure, Love and Rockets, and the garage sounds of MC5, the Buzzcocks, the synthpop sounds of the likes of Kraftwerk, New Order, the shoegaze sounds of Ride, My Bloody Valentine, The Verve, Jesus and Mary Chain, the prog/psych rock of Pink Floyd, Hawkwind, the classic rock sound of bands like Led Zeppelin, The Who, the pop rock styling of U2, etc. 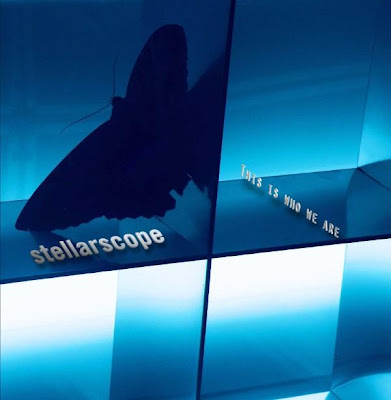 Q. Tell us about the recording process for the album This is who we are?
A. It was an interesting process for us because when we started recording the album we had an additional member in the band. With his departure the remainder of the band was left with the task of completing the compositions, and coming up with additional sounds to fill in the void.

The process of creation starts with jamming. We listen to the jams separately and then we work out the details.

Once we have a general idea of what we want a song to sound like we record it several times. We select the track we feel better represents the feeling of the song.

We also like to capture our sound with a live feel to it. We are tired of all these bands that sound great recorded but when you see them live their sound doesn’t represent their recordings.


Q. What’s the difference between the new album and the stunning Living Under the Radar?
A. The difference is the growth we have experienced as individuals as well as band members. New stories, new emotions, new sounds….

We started crafting songs which were different than what we had created before; a fresh sound that we thought would capture the ears of a broader audience- while maintaining the nature of what our fans had come to like. We wanted for our influences to shine through like they had never done before.

In essence, it’s a natural evolution of who we have become 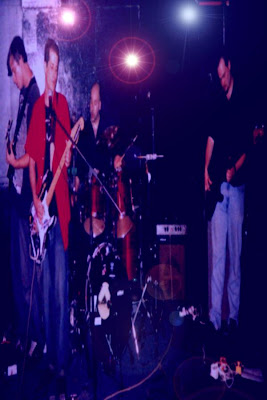 Q, Tell us about playing live ...how are the shows?
A. We try to make our shows visually stimulating. Our music is the soundtrack to the sentiment we try to portray. The size of the audience varies from venue to venue, but we give our all at every performance.

Q. What do you think about the classic shoegaze era?
A. It gave us a new approach to psychedelic music by mixing elements of the earlier sounds before it while integrating it with a modern sensibility that seemed to transcend time. It also was about expression versus showmanship. Though many bands have surfaced since the early days, emulating the sound, most still fall short of the simple beauty of what bands like My Bloody Valentine, Ride, Slowdive, Boo Radleys, etc created. Call the early shoegaze scene the benchmark of what we all strive to achieve.

Q. Tell us about bands in the current shoegaze scene…
A. We have been at this since the mid 90s and we have seen many bands come and go but there are always those bands that stand out. Fortunately for us, we are friends with many of them. We have been playing for many years now with bands like A Place to Bury Strangers, Screen Vinyl Image, Ceremony, Skydivers, Resplandor, Soundpool, Thrushes, to name a few. We have formed a bond based on mutual respect and we try to support each other as much as possible.

Q. Which songs by other bands would you like to do cover versions of?
A. Well, we covered Spanish Air by Slowdive for the Blue Skied & Clear tribute by Sosoft Records (Espana), and Teenage Lust by Jesus and Mary Chain for the Jesusland tribute on Fuga Discos (Argentina). We have been pondering what else to do cover wise. We’re going have to get back to you on this one…hahahaha 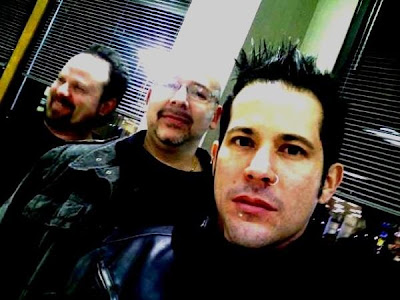 Q. Tell us about Panophonic....
A. Panophonic is a solo project I started in 2002. I write and record all of the music. The music itself is a little different than most of what I do with stellarscope. It is more on the electropop side of the spectrum infused with some latin undertones. With Panophonic I also have done collaborations with Jake Reid (Screen Vinyl Image/Alcian Blue), Dou White (Markara’s Pen/Tearwave), Joey Levenson (SPC ECO/So Young), Brian Jon Mitchell (Remora), the Puerto Rican bands Un.Real and Psiconautas, Martin Newman (Plumerai), Paul Baker (Ceremony/Skywave), and more. I am currently working with Su & Stan of Insect Guide (UK), and the amazing Joey Levenson of the band SPC ECO (UK) on some new tracks.

Q. What are the plans for the future?
A. Our plans are to continue creating & recording music, maybe travel abroad to play… unlike a lot of bands out there, we are not trying to conquer the world, or become famous… we just want our music to be heard and appreciated.

Q. Any important news to tell us…
A. Oh yes, keep your eyes peeled and your ears ready because in a couple of months we are releasing another full length. We have been working on it for the past couple of months and we are almost done recording it. We promise to deliver a CD unlike what we have done before, and we hope you all like it as much as we enjoyed making it for all of you. May peace, love, and happiness reign in your lives!