Fade Into You Part II with Thrushes - An Interview 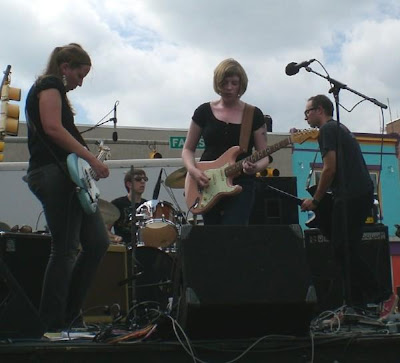 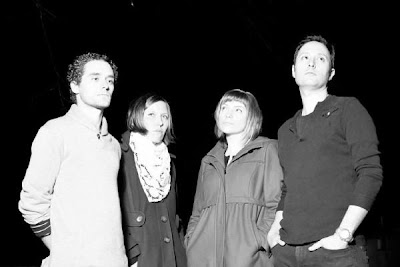 Q. When did Thrushes form, tell us about the beginning…
A. Thrushes began in the fall of 2005 with Rachel, Anna, and myself. We got Matt a month or so later. With the exception of Rachel, we were all in bands when we were in younger, but hadn't played in a really long time. Rachel learned to play bass for Thrushes with no prior experience at all.

Q. What are the band’s influences?
A. I think mainly bands we listened to and loved in high school and college when everything was so exciting and new. Mainly 90's college rock like Sonic Youth, Dino Jr. Mary Chain, My Bloody Valentine, punk rock like Fugazi and a lot of the riot grrrrl bands too, and so on. Also, 60's girl groups like The Ronettes and Crystals we just love. 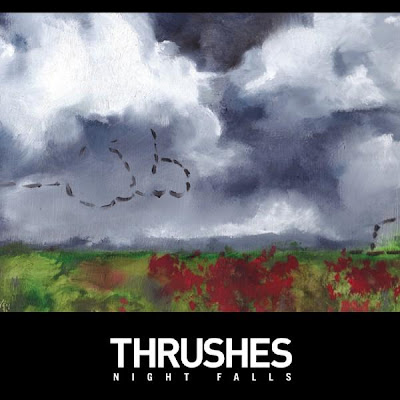 Q. Tell us about the recording process for the new album and what´s the difference between Sun Come Undone and Night Falls?
A. "Sun Come Undone" was really the first time any of us were in a "real" studio and it was all very strange and that record was made in a long weekend. We were still very much a baby band at the time and the songwriting, arrangements, and production are nowhere near the levels on the new record "Night Falls." On this new record I had a little bit more time for more adventerous and interesting production and mixing ideas. The new songs are all just so much better too!

Q, Tell us about playing live.
A. Thrushes primarily sees itself as a live band first and foremost. We take a lot of pride in being able to recreate whatever sounds are on the record into a live performance. We are most definately not a "studio band."

Q. How did last years gigs go?
A. Fantastic! We played some great shows with bands we really love like The Raveonettes, Glasvegas, Asobi Seksu. And we had a lot of fun playing our first show outside the US at the Halifax Pop Explosion.

Q. What do you think about the classic shoegaze era?
A. Well, for me shoegaze is pretty much begins and ends with My Bloody Valentine's Loveless. I think that record is so far above and beyond anything else that was going on at the time. I got this record when it came out because I read something Thrurston Moore had said about it. I was probably 13 or 14 at the time and had no frame of reference and no idea what to make of it at all.

Q. Which songs by other bands would you like to do cover versions of?
A. I would be really fun to cover some classic 60's pop songs like Crimson & Clover and maybe some Roy Orbison.

Q. Which new bands you recommended?
A. Looks like you've already featured a lot of them here so I'll list some great bands from our hometown. Wye Oak and Celebration are making great, interesting, and moving music right now. Very inspiring! 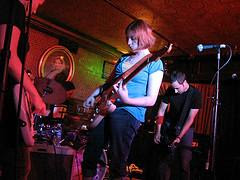 Q. What are the plans for the future?
A. "Night Falls" comes out in a few weeks and we've already begun writing songs for the next record and the new material is really awesome!