A Storm In Heaven with The Insect Guide - An Interview 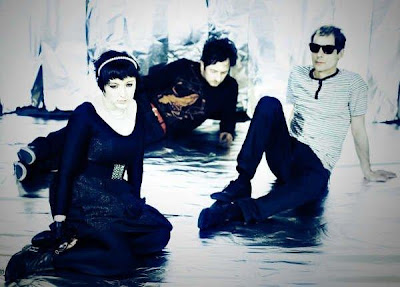 Q. When did Insect Guide start, tell us about the beginning…
A. Insect Guide started in 2005 when I saw an advert on the wall of a record shop asking for a singer to work with Stan. I’d just left a band and he wanted to start a new band so we arranged to meet in a local dive. Oddly enough, although we didn't record with him until the second album, Chris was also working in this bar at the time so I think there must have been a degree of fate to it all! Stan and I found it really easy to write and record together and Insect Guide was born.

Q. Who are the influences from the band?
A. We all have very different influences as well as bands we have in common. It’s easy for me to find influence in books and films as well as in musicians.

Q. Tell us about the process of recording 6ft in Love?
A. The album was finished before we played a gig. It was an exciting time writing and recording in our attic studio - making videos and films. The music was all written in the studio without us having a rehearsal. I think the last track on the album 'David Hero' gave an indication of where Insect Guide was heading next and then we just had the task of making it all into a live show which proved just as challenging and exciting as our studio work. 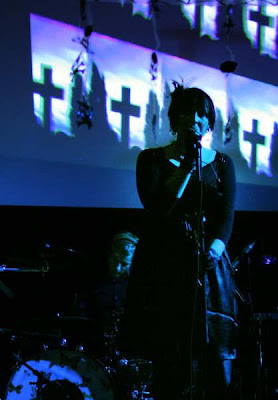 Q. Tell us about the project to recording covers versions during 2010…
A. The recording of the cover versions was a really fun process for us all. Stan and I were recording the last part of the vocals for our single Dark Days and Nights and having a drink in the studio. We’d previously done covers of Freak Scene, a song that we both love, and NightTime, which is one of Stan’s favourite songs. So whilst I was preaching the brilliance of the song writing of Lady Gaga we decided to record our own version of it. The cover of “Don’t You Forget About Me” was born later the same evening from me jumping on the settee pretending to be Judd Nelson, something that I do quite regularly when wearing my fingerless stage gloves! From there we took the covers in to the studio for Chris to write and record drums to and decided to start giving away the covers EP to people at gigs. They proved really popular so we decided to put Paparazzi up for free download which you can link through to from www.myspace.com/insectguide.

Q. In my opinion Sonic Boom is a massive influence from the new generation, so How was working with him?
A. Sonic has influenced so many people and Spacemen3 are one of those bands that will always be name checked. For someone like Sonic who's worked with MGMT, Dean & Britta and Jim Dickinson to love Insect Guide's music and want to remix our songs was great for us. He's got a really strong style and you know when he's been involved in a track whether that be writing, playing, producing or mixing. We've had the honour of supporting his band Spectrum when they played Leeds and we also did a Sonic Cathedral night with him DJing down in London.Aside from being really talented, he's a really nice guy! We hope to work with him again in the future. 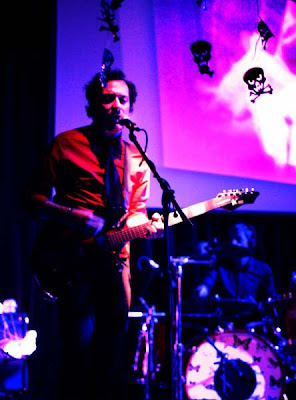 Q. What´s you opinion about the classic shoegazer era?
A. Some albums stand the test of time, others just sound dated. I love MBV's 'Isn't Anything' so much more than 'Loveless'. The Pale Saints' 'Comforts Of Madness' set the shoegaze standard too high for most to follow (I'm not biased, that's just a fact!). Ride's 'Nowhere' still sounds as exciting, brutal and fresh as anything around today. Nowadays the shoegaze tag has become a bit undefined but this happens with any classic era. JAMC's 'Psychocandy' sometimes gets called a shoegaze classic. William Reid may of looked at his shoes but can we really define music this way?

Q.Tell us about the crescent new scene from shoegazing bands
A. I wouldn't really want to give anyone the tagline of shoegaze but there's some great bands that we've played with as part of 'shoegaze nights' - Pains Of Being Pure At Heart, Asobi Seksu, Airiel, Spectrum, Ulrich Schnauss.

There's so many shoegaze influenced bands with new albums out this year: Soundpool(NY) are a totally amazing band that we played with in Philadelphia; Thrushes(Baltimore) who Stan did some remix work for; Laboratory Noise(Leeds) who are so great both live and on record who we've played with many times. Then there's other bands who are worth looking out for who would never be classed as shoegaze like the Medusa Snare and Blanche Hudson Weekend both born out of the death of the Manhattan Love Suicides. Should be a good year!

Q.Which new bands you recommended?
A. Everyone I've said above, they're not new bands as such but they are so good that they're worth trying to see live and it's ceratinly worth investigating their records, especially with all the new releases for 2010. 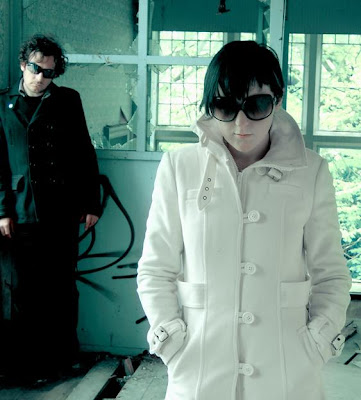 Q.What´s the plans for future? New records, a tour….
A. Our new album "Dark Days and Nights" is due out at the beginning of May and we have the single for the title track of the album due out in March so we're all very excited about that and gigs are being booked to promote it as we speak. We're still finishing the documenatry that will be released with the album to keep the audio visual side of this band alive and on that there will be several music videos for tracks such as Wasted, Dark Days and Nights, Disco Tents as well as others. We really hope that we get to tour this album abroad like we did with the last album as that was a really exciting time for us.

We have also just arranged for the Japanese label, "Moorworks", to rerelease our first album "6 ft in Love" in Japan and then later in the year they will also release "Dark Days and Nights", we're really happy to be working with them and hopefully will get to go to Japan to promote these releases!

Our website has just been redesigned by this really talented guy, Libers, so check that out at www.theinsectguide.com for any updates.

Q. Any order important thing to tell us…
A. Yes! Go and download our cover of Paparazzi for free from the link on our myspace page now please!!
*
*
*
Thanks Insects, love....Renato!!!