Wanderer with Starrsha - An Interview 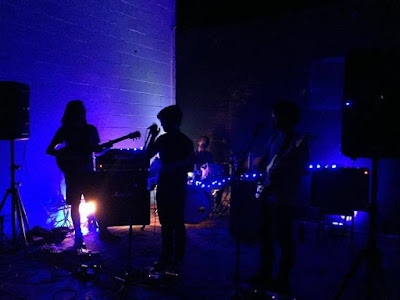 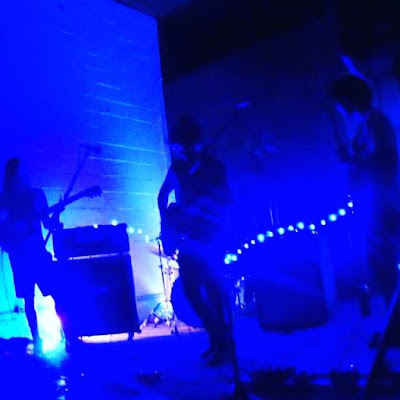 Q. When did Starrsha start? Tell us about the history...
Starrsha is a band formed last year, the bassist (JE Paguyo) and our singer/guitar player (Carlos Pineda) had written some songs together but had no drummer to form a real band. That's when in a random physics class JE met my old housemate and JE just happened to ask my housemate if he knew anybody that played drums. Soon I joined the band and from there started practicing together. After learning 5 songs we thought we were ready to start playing live in Davis. We named our band Starrsha, it's named after a song of one of our biggest influences, Ringo Deathstarr.
It was hard at first to get a show, none of us knew any bookers in the Davis area. We didn't want to play any bars or anything of the like, we wanted to play to a crowd that actually was there for our type of music, like a DIY kind of venue. We figured out that KDVS, the radio station here in Davis, CA, put on DIY shows in the past. After sending our demo to the events coordinator there we waited about 2 weeks and hadn't heard anything. We decided, screw it we will host our own DIY show at an apartments complex. It actually became a KDVS show and was our ticket into the music scene here. Eventually after spending time as a 3-piece we decided to add a fourth member, guitar player Jack Mizes. After playing a lot of shows here in Davis, we are now focusing our efforts on making an official release and playing outside of Davis.

Q. How do you feel playing live?
* It depends on who you ask. The singer/ guitar thinks is all a blur, except for in between songs. Anxious and excited before, pumped up in between songs and whenever something out of the ordinary happens, and relieved after its all over. A sense of guilt sets in an hour after when someone says "vocals could have been louder". Bassist thinks playing live is overrated. Drummer furiously pounds his practice pad to warm up, then after a song gets in the groove.

Q. How do you describe Starssha sounds?
*Wait til our album comes out, and people can take what they want from it.


Q: Tell us about the process of recording the songs ?
* One of us comes up with a nice and juicy chord progression. We then develop it further together, or someone does independently. Either way, we tweak the song until its nice and tasty, just how we like it. Up until this point this process is highly collaborative.

Our drummer apparently has "sonographic" memory. He takes his drum set and all of our recording equipment into the studio and begins recording a quarter of an album worth of songs. This takes him about seven hours or more... some times multiple lonely sessions. Once we have the drum track, We do the rest of the recording at home. The bassists lays down his track in a few takes. Recording guitar takes the most effort and time per song. We often re-do guitar tracks multiple times to get that tone nice and juicy, just how we like it. Once we're tired of working on that specific song, we simultaneously send the track for mixing and post it on SoundCloud to make up for a few months of silence.

Q: Which band would you love to made a cover version of?
*We've never played a cover live before, but we only know how to play Freakin' Out the Neighborhood by Mac Demarco.

Q: What are your plans for the future?
*Release our first album, it's taken us way too long already. Tour the west coast like everybody else.

Q: Any parting words?
*Teamwork makes the dream work.
*
*
*
Thanks