Void with Amit Buium - An Interview 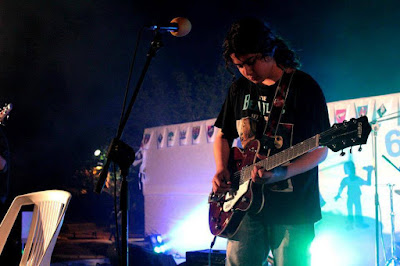 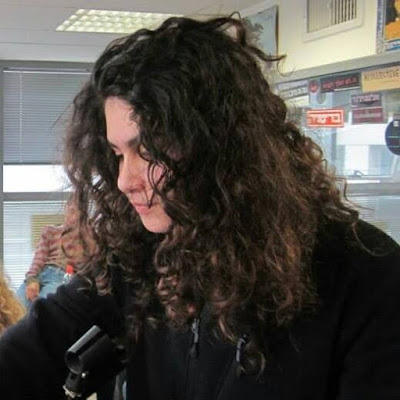 Q. When did you start? tell us about the history...
I think that the first time I ever got into something musical was when I was eight years old and I took violin group lessons in my school. A year later I started to play the classical guitar, which I play to this very day. I started to write songs and music in general when I was about 10-11, and of course I keep writing ever since. I was in a few local cover bands, and the most serious of them was Mindy, which was active from early 2012 to late 2013, which means my eighth and ninth grade and a bit of tenth grade. We even released a double single with a Muse/Radiohead cover and an original song! We eventually disbanded when four of the five members (including me) moved to a boarding school in Jerusalem in tenth grade to study music more seriously. During my time in Mindy, I began working on an album which I still work on. While I was working on this album I started to write and record some songs on the side, and these songs were gathered to another album which was actually finished before the first one! This album is my debut album, Void, but I hope to finish the other one soon.

Q: Who are your influences?
I listen to music A LOT, and although its a cliche I think most of the artist that I've listened to influenced me in some way. I think that the artists who influenced me the most when I was working on Void were Cocteau Twins, The Cure, Depeche Mode, Sigur Ros, Talk Talk, Grimes, Chvrches, Zola Jesus, New Order/Joy Division, Radiohead and a bit of Bowie's Berlin Trilogy, Slowdive, My Bloody Valentine and Kanye West.

Q. Make a list of 5 albuns of all time…
I really like this question! I think I only recently truly realised which albums go to my top five. I can also talk for hours about each one! First, there's the Beatles' white album which is my all time favorite album. George Harrison's All Things Must Pass is a close second, and then there's the Cure's Disintegration which is an absolute masterpiece. Also there's Radiohead's Kid A and David Bowie's Low, but I also really really like Heroes and it's really hard to choose for me between the two.

Q. How do you feel playing live?
I haven't played a solo live show with music from Void yet, but I think that it will be performed on a guitar or a piano with no electronics, but it will be fun to make an electronic live show too. I had only one solo live show a year ago with music from the other album and it was completely acoustic with no amplifiers in a cave in a forest, and it was absolutely amazing so I would like to do something similar for Void sometimes. When I performed with my friends in Mindy that was so fun and I sometimes I really miss that. Two other ex-Mindy members are also in my record, Daniel Ferber and Ziv Shachar, and they really helped me out and even sang in the end of 'Homesickness'.

Q. How do you describe your sounds?
If you look at it through genres, I think that the most appropriate genre for me is dream pop. But if you want to go deeper than that, what I want my music to sound like - and it's going to be really really pretentious - is the feeling you got in like 5 or 6 o'clock in a morning after you were up all night, when the sky starts to get blue and the air is still freezing. And you go home with a slight but strange headache and you can't sleep. Either this or that night itself when it's still dark, or vague memories and the sudden change in mood and the feeling you get after that. I haven't decided yet.


Q: Tell us about the process of recording the songs ?
Most of the songs were written on a piano and I started to record it only after I had the lyrics, and the chords already finished. For example, that's how Cheated and Void were recorded, and they were the first songs I started to work on. On the other hand, there were songs like Rain and Landscapes which has the lyrics and the music done but it took me some more time to actually mix them together and finish the song. And Soon was recorded after my first listen to Joy Division's Closer, and it took me a hour and a half between 12:00 to 1:30 am to finish it, and it was done. Only more than half a year later I recorded the vocal tracks for this song. And for the songs themselves, I think I usually started with the drums, then bass, then the pads and the chords and only later the leads. The vocals were always the last part in the process.

Q. Which new bands do you recommended?
There are many new bands out there, but I think that the best high profile artists of the 2010s in my opinion are CHVRCHES, Grimes, Swans, Kanye, Tyler the Creator, M83 and Zola Jesus, and probably the relatively more obscure bands that I really like from recent years are La Dispute, Foxing, The World is a Beautiful Place and I am No Longer Afraid to Die and Modern Baseball.

Q: Which band would you love to made a cover version of?
I always ask myself that and I think I can never truly answer that, cause there are so many bands I wish I could cover. But I think that right now I will probably answer that I really want to cover the Cure's Pictures of You, or maybe Sigur Ros.

Q: What are your plans for the future?
I'll finish high school in a few months and then I will go to national service for two years. During that time I hope to keep recording and performing music, and I think that I'll go back to study classical music or something. I don't have concrete plans right now and I don't know if that's very responsible haha

Q: Any parting words?
My father and his family lived in Sao Paulo for seven years in the sixties when he was 4 and he still remembers a bit of Portuguese! Also i would really like you to go to my bandcamp and soundcloud pages, and you can like my new facebook page!

And last but not least it's always important to give exposure to young musicians! It is wonderful for both the artist and the listener.
*
*
*
Thanks