The Mean Solar Times with Stay - An Interview 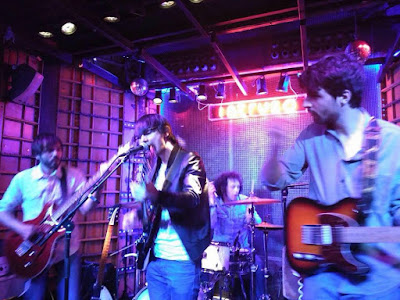 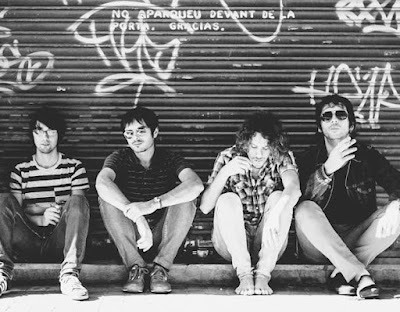 Q. When did Stay start? Tell us about the history...

Stay is a psych rock band from Barcelona since 2001, but we released the first LP in 2005. We have released 4 LPs in Spain and have sold through some limited pressing EPs in the UK, where we have performed on many occasions. We have been playing in German, Italy, and obviously Spain (Primavera Sound and other fests). Last work 'The Fourth Dimension' (2012), recorded in Liverpool, were broadcasted on BBC (UK). We were invited by Liam Gallagher to support Beady Eye twice, Ocean Colour Scene, and The Pretty Things in London in 2013. Now we are releasing our fifth LP The Mean Solar Times, produced by Owen Morris (Oasis, The Verve) and also, Andy Bell (RIDE, Oasis) collaborates in.

Q. How do you feel playing live?
Playing live is always exciting specially when all sound balanced and fine. For an indie band like us it is always a challenge because of all the sounds we use (sitar, hammond, synths, several vocals) live and sometimes we can't afford to go with our sound engineer, and so we have to adapt on every venue, budget and gig. Sometimes it can be a little messy but when we get it the result is really nice for the audience.

Q. How do you describe Stay sounds?
Soft Pychedelic Rock and Brit Pop.


Q: Tell us about the process of recording the songs?
Since our fourth LP 'The Fourth Dimension' (2012) we are recording the songs all thogether live, except vocals and overdubbs. We find this way better than track per track in order to shape the overall sound and good vibrations between us, as we have many years playing together and we know each other a lot. But the original and naked idea of the song is from a simple tune I bring on. We build all the rest from it.

Q: Which band would you love to made a cover version of?
We always play 1-2 covers per gig, but we don't like to play exactly as original songs. We like to adapt the song changing the pattern, rhythm ..taking it to our days, turning it more understandable and actual. We made covers (and recorded) of The Beatles (Tomorrow never knows), Rolling Stones (2000 Light years from home), Marmalade (I see the rain), Nazz (Back of your Mind), Graham Nash (Chicago), The Fairytale (Guess I was dreaming),..Now we are preparing some of the Kinks and Status Quo.

Q: What are your plans for the future?
Our plans now is to play and defend the new songs all over the world if they want us and let us to do that. First, obviously in our country Spain, but later (in May) we are going to visit UK again. Hope we receive calls from America (in fact our label is from USA..it would be fantastic playing there) and other parts of Europe, Japan, etc..

Q: Any parting words?
Please, check our web www.stay.cat. You can find links to all our social networks and discover and stream all the new and old songs plus all other info reg gigs and news and free downloads! Thank you very much!
*
*
*
Thanks