Before the Sun with Fluffytails - An Interview 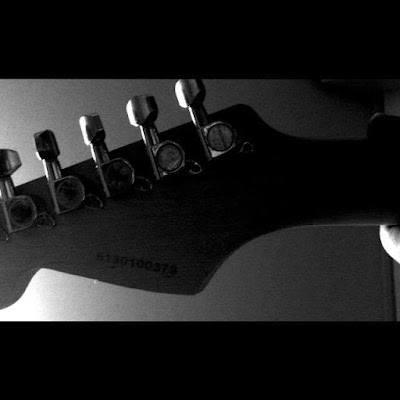 
Q. When did Fluffytails start? Tell us about the history...
i started Fluffytails about four years ago. I was in a band two girls started. I had no idea when they started but I joined later as a bassist.

Q: Who are your influences?
My huge influences are Cocteau Twins especially Robin Guthrie. And Kitchens of Distinction, mbv Lush and Pale Saints.

Q. How do you feel playing live?
5 albums…well,
Blue Bell Knoll by Cocteau Twins,
LC by The Durutti Column,
If Wishes Were Horses by Blueboy,
Just For A Day by Slowdive
and Tinderbox by Siouxsie and The Banshees.

But so difficult to choice.

Q. How do you feel playing live?
I've never played live as Fluffytails yet. But played live when I was in a band which was so fun.

Q. How do you describe Fluffytails sounds?
I think Fluffytails is Dream Pop. Or Ambient Pop.

Q: Tell us about the process of recording the songs ?
Recording process…I play guitar naturally and creating chord progression. And making rhythm patterns or bass phrases.

Q. Which new bands do you recommend?
I recommend many bands, but I like Chelsea Terrace, swiss camera, Blueberry、very blue and The Laundries. They are Japanese band. And Savage Sister, Winter, A.R.kane, The Veldt, bands from Elefant Records...Ahh I have so many recommendable bands.

Q: Any parting words?
I enjoyed an interview, thank you so much. This is my first experience, haha. I would like to play various type of music and many collaborations. Thank you so much.
*
*
*
Thanks