New Goth with Genau - An Interview 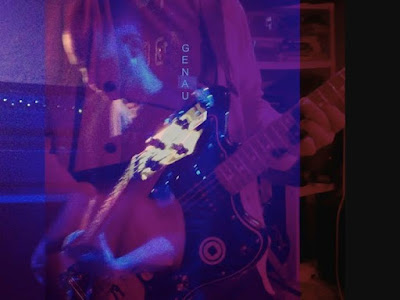 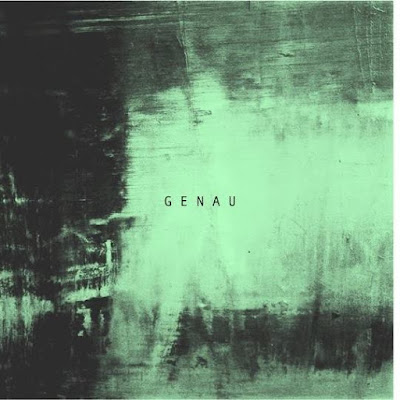 Q. When did Genau start? Tell us about the history...
Chris was in a band called Bigfoot and the singer and drummer both moved, so that project amicably ended. Erik responded to an ad Christopher had posted on Craigslist looking for musicians. The band Erik was in at the time was seeking a vocalist so he sent him some of their rough demos. Chris added not only vocals, but guitar as well, so when that band collapsed (just before we had a chance to play together) we decided to start something new. We began as a trio with a mutual drummer friend and everything clicked. We began writing, playing out and recording almost immediately. After a time we parted ways with the drummer and began working as a duo, embracing a drum-machine driven, stripped down aesthetic. This was the birth of Genau as we know it..

Q: Who are your influences?
We immediately bonded over a love of the Cure and 4AD artists like the Cocteau Twins and Clan of Xymox, as well as contemporaries such as Echo and the Bunnymen and The Smiths. We also share admiration for a lot of British Invasion acts, particularly The Beatles and the Zombies. The influences of Marvin Gaye and D'Angelo are not to be underestimated.

There are many artists whose influences might not be readily apparent to the ear but are important in approach and attitude: the madcap discipline of The Fall; the noise-as-composition approach of Throbbing Gristle and Cabaret Voltaire; the dark architecture of Killing Joke, Bauhaus and Christian Death; the hypnotic repetition of Can, Miles Davis and The Happy Mondays; the visceral energy and defiance of 80s hardcore; the violent overtones of Sonic Youth and the Birthday Party; the romance of Jeff Buckley. To a certain extent we are influenced by U.S. culture as this stimulates us to want to create something of value and escape into a more rewarding reality.

Q. Make a list of 5 albums of all time
In no particular order:

The Cure: 17 Seconds and Faith.
Cocteau Twins: Treasure
Echo and the Bunnymen: Heaven Up Here
Anything by the Smiths
Marvin Gaye: What's Going On

Q. How do you feel playing live?
A mix of technical focus on the sound and the mix, etc. with moments of transcendence. Our live performances sound very similar to our recordings, which we find quite satisfying.

Q. How do you describe Genau sounds?
When we started playing together we never discussed the sound Genau 'should' create. We still don't! Our shared love classic alternative/post-punk/etc is probably most apparent. Essentially what you hear is purely the product of two musicians collaborating in the moment, sometimes with a rough framework but often without.

Maybe the Yin of lush+expansive guitar and vocals with the Yang of stark+monochrome bass and drum machine? Typically we are melodic, sometimes noisy with a dash of melancholy.


Q: Tell us about the process of recording the songs ?
We serve the songs and therefore value whichever approach produces the best results. Some recordings are live with minimal vocal/guitar overdubs; we fire up the drum machine and perform bass, guitar and vocals as a complete performance. Others are rough recordings intended to be demos, but captured a certain magic that we like, so we release them. A few are painstakingly crafted, but those are few and far between.

Q. Which new bands do you recommend?
ICEAGE are a newish group but they are amazing. Wymond Miles is fantastic as well.

Q: Which band would you love to made a cover version of?
We have been a bit of an anti-cover curmudgeon to avoid pigeonholing and stay clear of the “bar band” thing here in Milwaukee. However, we do have a totally impromptu and sublime version of The Beatles 'No Reply' that dates back to our human drummer days.

Q: What are your plans for the future?
We're always writing music. We look forward to releasing recordings (regularly) and playing live (occasionally).

Q: Any parting words?
Our sincere gratitude to anybody that takes time to listen to Genau. We hope you make a connection to our music.

Special thanks to The Blog That Celebrates Itself for their passion and enthusiasm. We are honored and humbled!
*
*
*
Thanks