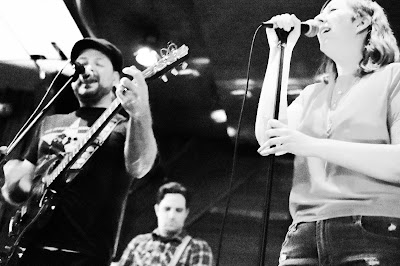 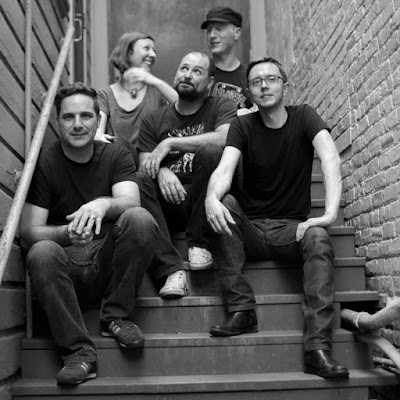 Q. When did Ten Million Lights start? Tell us about the history...
Ten Million Lights came about after the crash of Saturna. Eric Block (guitars) and I had been in Saturna and had put out an amazing record called 'Some Delicious Enemy'. We were doing really well, but following our tour with Bob Mould, everything went downhill. The band split up and Eric and I formed Saturna with Emily Logan. Initially we were just a three piece. Since Eric is an amazing drummer as well as guitarist he wrote all of our drum parts and then programmed them. We used synths and loops and it was fun for a while and released our eponymous first record, but we missed the explosion and drive of drums and bass, so we asked our friend Scott Smith (Pink Snowflakes) to play drums for us and recruited Russ Ellis to play bass. We've just finished mixing our new record and are really excited to let everyone hear it.

Q: Who are your influences?
Our major influences are bands with psychedelic leanings and we love shoegaze and post punk. I grew up with The Cure, The Stone Roses, Psychedelic Furs, Love & Rockets, and The Jesus and Mary Chain. But we love all sorts of music really.

Q. Make a list of 5 albums of all time…
Oh my, this is so hard. I'll say that some of the records that keep ending up on rotation on my turntable are:
Ride - Nowhere,
My Bloody Valentine - Loveless,
Catherine Wheel - Chrome,
Doves - The Last Broadcast,
The Kills - Midnight Boom,
Crocodiles - Sleep Forever,
Dum Dum Girls - Too True

Q. How do you feel playing live?
Playing live is one of the most transcendent experiences. I love that feeling of losing myself in the music and lights. I usually end up closing my eyes and and just feeling the music, letting it take me apart, heal me and put me back together again.

Q. How do you describe Ten Million Lights sounds?
Ten Million Lights makes beautiful music, with male/female harmonies, intertwining guitar melodies, driving bass and drums. Its music that is driven by feelings. We love to express our emotions through our music.


Q: Tell us about the process of recording the songs?
We recorded our new record at Revolver Studios in Portland, OR with Nalin Silva. We laid down all the main tracks there then did the vocals later at our practice studio. Nalin lined up a dozen or so amps and tons of pedals to make what they call 'Guitar Heaven' for Eric to make his inspired sounds.

Q: Which band would you love to made a cover version of?
I'd love to cover Love & Rockets or Stone Roses. I think we could do some of their stuff justice.

Q: What are your plans for the future?
We are excited to release our new record this spring and do some touring. I can't wait to record another cover for The Blog That Celebrates Itself!

Q: Any parting words?
Music is what is keeping me sane in the world these days. It seems like some of the best music comes when we are in turmoil and conflict, so I'm really hoping to put as much energy as I can into making music, listening to music and focusing on art. I'm an eternal optimist and am hoping to spread some of that love to others.

Thank you for the work that you do in pushing that music out to the world!
*
*
*
Thanks