Elsewhere, Without You with Silent Orchestra - An Interview 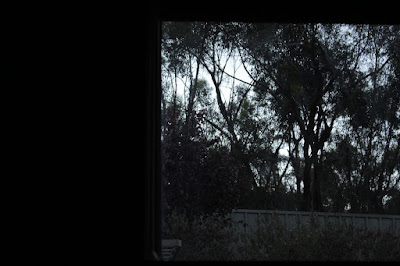 Q. When did Silent Orchestra start? Tell us about the history...
I started Silent Orchestra in 2016, it went under a different name until I settled on Silent Orchestra, a rough translation of Karaoke. I mainly started it from a extremely bad month and wanting to vent through music. when I first got started I lacked alot of equipment and I had no knowledge of mixing the tracks so they came out as Lo-Fi compressed as shit messes. Silent Orchestra is usually just me but I'll have a friend of mine, Sean, to assist on occasion when he's free.

Q: Who are your influences?
Primarily Deerhunter, Lotus Plaza, Swervedriver and Advertising and early Emo bands.

Q. How do you feel playing live?
Never performed live before, I wont have any luck at the moment since I live in Rural South Australia and I literally cant go anywhere due to being broke.

Audiences kinda freak me out but hey if I could drown my thoughts with Noise and Reverb in my bedroom, I can do it live.


Q. How do you describe Silent Orchestra sounds?
Catharsis, Disjointed Roughly Mixed Shoegaze. Noisy Instrumental driving tracks if I were to describe the demos i've released.

Q: Tell us about the process of recording the songs ?
A Unending Nightmare, I record my Strat through a Zoom Recorder, I'd do drums through my MacBook which constantly breaks down, the demos out now dont have drum tracks or even a bass track but what has been written and recorded will. I'll mix the tracks through Logic which causes my laptop to freak out and on occasion I have to render the tracks six or so times because either I didnt balance the audio, too much through the left speaker or right or the delay on the guitars will go on past the song and the software will render an unending delay mixed with feedback.

I want to record the guitars for LP tracks using the MusicMan amp I own but I lack a proper mic. as I stated, its an unending nightmare but goddamn are the results worth it.

Q. Which new bands do you recommend?
Soft Wounds have my heart at the moment, their music is so atmospheric and it zones me out on occasion. Meviu§ are just flat out awesome, highly recommend them at the moment. Advertising are a New York band and they definitely KNOW how to play their instruments, also they have some of the most beautiful vocals i've ever heard.

Manon meurt is a Czech band I recently discovered and I've had their tracks on repeat for days.

Q: Which band would you love to made a cover version of?
I would LOVE to cover a Deerhunter track sometime in the future.

Q: What are your plans for the future?
Get out of Rural hell, Get a full band, Music Videos and a LP, Get a PitchFactor, Get the confidence to record vocals and release more tracks to fill up the bandcamp account.

Q: Any parting words? Thanks again
Shred for Days!
*
*
*
Thanks