Future Proof with The Indigo Palms - An Interview 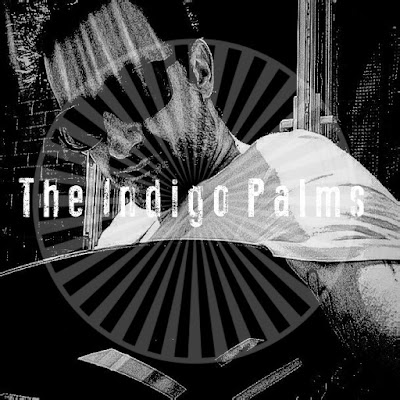 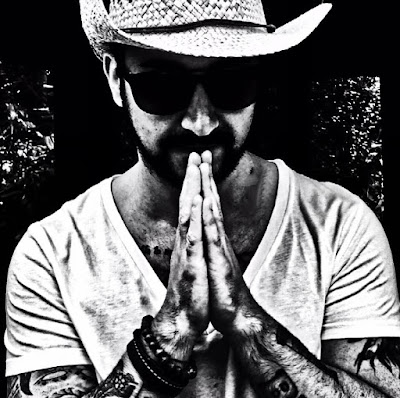 Q. When did The Indigo Palms start? Tell us about the history...
The Indigo Palms started a few years ago as the offshoot of an acoustic project that I was working on, called Lost Embers. This project was an experimental one which examined the influence of space on the music that was being created, and so, I recorded in the middle of winter in a small cottage and released a demo album called 'The Borders of Winter'. Once that project was completed, I wanted to record something totally different using the knowledge I had learned during the Lost Embers recording process. For The Indigo Palms, I wanted to create something less lo-fi, and something that played around with a lot of different sounds and musical genres.

Q: Who are your influences?
My main influences come from the 1980s and 90s. While I was growing up I listened to bands like INXS, R.E.M. and musicians like Bryan Adams and Prince. These have always been my musical idols and have influenced me in the direction of the music I create. Today, I also listen to a lot of latin music, and another one of my idols and influences is Draco Rosa. I enjoy the way he writes and crafts songs, and would love to collaborate with him one day too. My new album, Future Proof is heavily influenced by all of these bands and musicians, and has a real 90s feel to it, but is also influenced by Shoe gaze bands like The Brian Jonestown Massacre and to a lesser extent The Dandy Warhols too.

Q. Make a list of 5 albuns of all time…
My favourite 5 albums of all time...hmmm...this is such a tough question! Okay, my top 5 all time favourite albums are:

1. Out of Time by R.E.M. as this was the first proper CD that I owned around the age of 16. I remember buying it from a small record store and fell in love with the album and the artist from then on.

2. Greatest Hits by INXS - this was the first time I was exposed to Michael Hutchence and INXS. Their music and style really excited me. I still listen to this album today.

3. 18 Til I Die by Bryan Adams - another album that was bought around the age of 16 or 17, it has some of Bryan's best track on it. An amazing album still.

4. Vida by Draco Rosa - I love all of Draco's albums, but this is like a Greatest Hits with the added suprise of collaborations with well respected Latin artists! An incredible album which celebrates life! What's not to love about that!

5. Hit n Run Phase 1 & 2 by Prince - this was actually his final album, and I just enjoy its experimentation and funkiness! Prince is an artist I will always respect.

Q. How do you feel playing live?
I actually really enjoy playing live. Up to know, I have played a number of acoustic gigs in the US, and have enjoyed the intimacy that has provided. I am looking forward to going back to the US with a full band to promote the new album Future Proof.


Q: Tell us about the process of recording the songs ?
The process of recording the new record, Future Proof, was very different to the previous album. It came about in a very organic way and the songs were written and demoed relatively quickly. I also got a great help through the crowdfunding site Kickstarter, which allowed fans to contribute directly to the recording process. Part of the reason I enjoy recording is because I like to share the process with fans, and keep them in the loop. The Kickstarter process meant that I was able to have direct involvement and interaction from the fans! It was really fun!

Q. Which new bands do you recommend?
There are a lot of cool new bands out there right now, trying to make it in the scene. It's tough. Of those bands, I like Balsamo Deighton, who are a really cool americana-country-folk duo who are just incredibly talented. Do check them out too!

Q: Which band would you love to made a cover version of?
I think if I was going to do a cover version, it would have to be either an R.E.M. song, or a Draco Rosa song as they are both interesting and would be fun to cover!

Q: What are your plans for the future?
My plans for the immediate future is to continue to promote the new cd, Future Proof which is released on 2nd September 2016, and also continue to promote the singles that we have released as the build up for the record. So far, I have released Live It Up, and Glow from the new record, so am looking forward to releasing the third single shortly before the release and maybe shoot a video for it too.

Further down the line, I look to do some acoustic shows for the album release, and also maybe tour with a full band. It's very exciting times as I prepare for the release. I am very pleased and proud to be releasing this album - I really do hope people connect with it!

I am also developing a Tshirt range called Live It Up, which will be a series of motivational style tshirts, the first of which can be found at theindigopalms.bandcamp.com and are designed to spread positivity into everyone's lives every day.

Q: Any parting words?
Enjoy every second in life because you never know what is coming around the next corner! Look after those who you love and be sure to Live It Up!