Me And The Devil Blues with Dead Meadow - An Interview 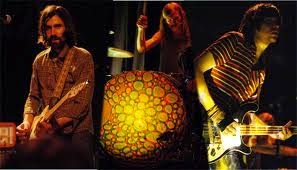 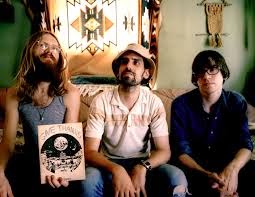 Q. When did Dead Meadow starts, tell us about the history...
1. Dead Meadow started in 1998 in Washington DC. Steve Kille and I had been playing together in the DC punk scene various bands. We grew up listening to great bands like Fugazi, the Nation of Ulysses, and Circus Lupus but by 1998 we felt we wanted to do something entirely different than what was going on in the city at that time. We wanted to reach back to the music that first got us excited about playing and creating, bands like Led Zeppelin, Black Sabbath, Jimi Hendrix. We were fortunate to meet Mark and he was a great drummer into all those same bands and he had also grown up in the Punk tradition. Dead Meadow was born. We all wanted to do something to freak people out and at that time playing stoned out jams with long meandering guitar solos seemed like the way to go…it still feels that way...

Q. Made a list of 5 albuns of all time…
3.Easter Everywhere by the 13th floor elevators,
Revolver by the Beatles,
East of the River Nile by Augustus Pablo,
Killers by Iron Maiden,

Q. How do you fell playing alive?
4. I feel good playing live. We find it fun. It is the greatest of feelings to lose yourself in something bigger than yourself and that is what we strive for in making music. Our hope is that if we can do this the audience can break away and find themselves lost in the sound as well. 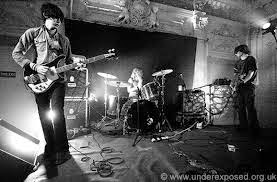 Q. How do you describe Dead Meadow sounds?
5. A thriving temperate sea, a clearing in a thick and tangled forest, a darker spot on a dark shadow

Q: Tell us about the process of recording the songs ?
6. Recording varies from song to song. It usually starts with my bringing in a song for the band to mess around with. Once it develops and feels right we record it live at our studio. Then we add whatever else we feel it needs. We do a lot of it to tape as it always sounds better. We are not purists though and we will run things to the computer when needed as well. Whatever works for the song.

Q. Which new bands do you recommended?
7. Well I don't really know many new bands so I'm just going to tell you somethings I'm digging right now. I'm into this African musician Frances Bebey. He makes some far out sounds and is definitely worth checking out. I love old and spooky Appalachian Banjo players like Dock Boggs and Clarence Ashley. In a recording sense I've been spending a lot of time with some late period Lee Perry Black Ark productions like THe Congos' "Heart of the Congos" and Junior Murvin's "Police and Thieves". His production is so unique and masterful.

Q: Which bands you love to made a cover version?
8. Covers are difficult. So many great songs but often I feel a song is almost too special to be covered or that there would be no point in covering it because I don't know what a Dead Meadow version would add to it, ya know what I mean? Who needs to hear another version of let say anything by Zeppelin for example. I have no need to hear another band play Whole lotta love, or black dog… That being said covering anything by the 13th floor elevators is always a blast for me and we did mess around with covering some Burning Spear tunes at one point. There's a song by Amanaz called Khala my Friend that we've worked on covering as well.

Q: What´s the plans for future....
9. My plans for the future in regard to Dead Meadow and beyond are to keep creating and playing music, both in the studio and live. I have a band called Old Testament that grew out of solo stuff I was doing and the Old Testament record comes out next month. I've been recording a whole grip of far out songs at my house the last few months that will be another record. With everything we do I feel we achieve and break some new ground but each record seems to point the way to making that one great and ever elusive perfect album so the only choice is to keep on creating and pushing forward.