Disco Inferno with The Oscillation - An Interview 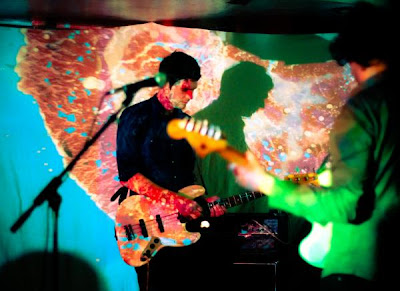 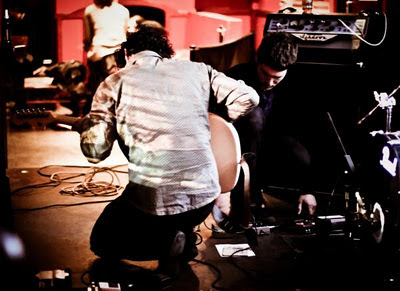 Q. When did Oscillation starts, tell us about the history...
A. The Oscillation started under that recording name in 2006 with a single called "New Way To Feel". After that I was recording as The Orichalc Phase which was a bit more krautrock/disco and also another project called Mesma, all got a bit confusing really. They were going to be seperate projects but I decided to combine all under the name of the Oscillation in 2007 for my debut album on DC Recordings.
Q: Who are your influences?
A. There's loads of stuff I'm always coming back too..
Can, The Cure, Popol Vuh, Jesus And Mary Chain, Spacemen 3, Loop, MC5, Blue Cheer, The Durutti Column, Roy Montgomery, Ash Ra Tempel, Tangerine Dream, Neu, Miles Davis, Suicide, PIL
Q. Made a list of 5 albums of all time…
A. Do you mean classic albums? If so at this moment in time I'll go for:
The Velvet Underground- The Velvet Underground & Nico
PIL- Metal Box
The Cure- Pornography
The Pretty Things- S.F Sorrow
The Jesus And Mary Chain- Psychocandy
Q. How do you feel playing live?
A. I feel kind of complete and lost sometimes. You have to surrender yourself to that point in time so you're always in "the now" moment. You can't run away or think ahead, or change what's just happened. You can't predict what the other musicians are always going to do and can never be perfect so it feels quite honest in some ways and really exciting when you feel like something great is happening.. Surfing a good wave (not that I can surf ha ha). 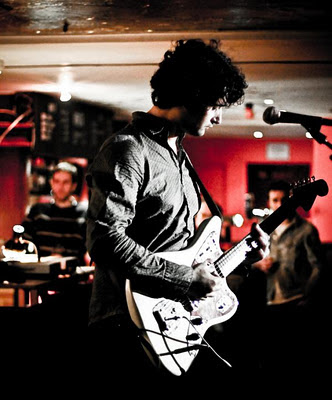 Q. How do you describe Oscillations sounds?
A. I'd like to achieve a feeling of lots of layers all happening at once. Many emotions and feelings contradicting each other, unhinged and but somehow controlled, like some wierd psychological sound experiment where you can forget about reality or at least the structured reality that we all have to deal with and accept. I like the the idea of parallel realities or states of being where you can take a negative and make a positive out of it. Or sometimes a sound/lyric that has no particular feeling of commiting to happy or sad. So you can interpret as it suits you
Q: Tell us about the process of recording Veils, and what´s the greatest difference between the Out of Phase and Veils?
A. Veils was a bit longer to record that Out Of Phase but a bit freer in a way for me personally. Out Of Phase was kind of an attempt to make a clubby(ish) album for DC, whereas on Veils it was more like I just wanted to include tracks that expressed a period of my life at the time. I got to get a lot of negativity out of my system which I didn't realize until it was all finished.
I don't know what to say about the actual proccess of recording specifically for the album as I'm always working on tracks. Also, I had a full-time job for a couple of years while I was recording it that was driving me totally round the bend. So while I was at work I'd just be fantazing about sounds to obliterate that experience. On the weekend and evenings I'd just immerse myself into the music void with as much energy and will power as possible before I had to go back the the bullshit! Veils feels a bit more coherent and balanced to me.
Q. Which new bands do you recommended?
A. Soft Moon I really like a lot. I just (finally) heard some music by The Haxan Cloak which sounds amazing so I got to get that album, it's kind of like Ligetti or Scelsi. Quite dark and mournful but beautiful too. 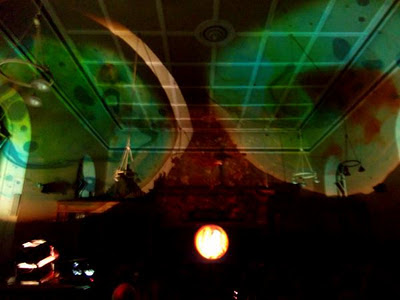 Q: Which bands you love to made a cover version?
A. I'd love to cover a Cure song like something off Pornography or Faith but I'm never sure which one to do. I'd have to find a way to it different which I haven't thought of yet so for now I just enjoy them as they are.. Also I'd really like to do a song by The Chocolate Watchband or Electric Prunes... you got me thinking again anyway!
Q: What´s the plans for future....
A. Just to be as prolific as possible, play in as many countries as possible..
There's a new Oscillation EP and video coming out in a month and I'm not far off the next Oscillation album. There's a project called Booze with a friend of mine who was in Chrome Hoof so there's an album of that this November too. Also Tom (from The Oscillation) and I have an ambient album we're working on. I feel a big sense of urgency to keep moving forward with lots of music and to make the most of the opportunity to be able to get it out there. I really just want to do as many albums and projects as possible.
Q: Any parting words?
A. First word: Yes.
Second word: Thanks
*
*
*
Thanks Tom Relleen & Demian Castellanos