Never Lose That Feeling with The Ludvico Treatment - An Interview 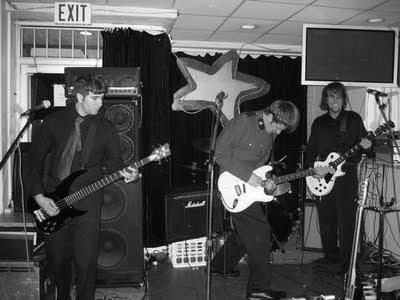 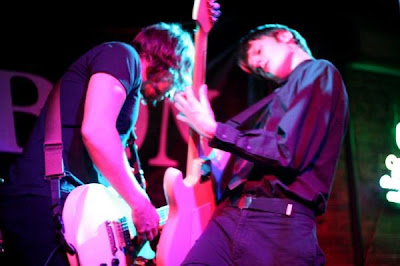 Q. When did Luvico Treatment e starts, tell us about the history...
Alex: Adam & I met in 2000 through mutual friends. He had formed a makeshift band and when it turned out that the bassist wasn't going to work out, those mutual friends pointed out that I could play guitar. After a year or so of creating strange glam punk / metal fusions of obnoxious noise the band broke up. However, Adam & I had suddenly found a style and method of working that fit us rather well. All this happened in Calgary, Alberta, but after years of writing and recording material, our unsuccessful struggles to find musicians for a live band resulted in Adam leaving to find fresher pastures while I stayed behind to finish my English degree. We maintained a writing relationship and Adam formed various excellent line ups to play the songs in Vancouver. The live band really was excellent, and did things with our work that I wouldn't have believed possible. And now we're here. Adam is living in Montreal and I am just about to move to Toronto. The writing and recording continues.

Q: Who are your influences?
Adam: When we first started writing Ludvico material in 2003 we wanted to make loud rock music with a bit of electronics on the side. Turns out The Cooper Temple Clause beat us to it and definitely influenced us. Aside from the big names in shoegaze (My Bloody Valentine, Slowdive and the like), we’ve taken a lot of influence from The Smiths & Manic Street Preachers, and our mixing tendencies of loud drums & guitars comes from Nirvana.

Q. How do you fell playing alive?
Adam: Well, I’ve always been in charge of the live band (though Alex joined us for our final show in Vancouver) and nothing beats the feeling of a successful gig. I have to say that some of my best experiences with the live band were in the practice space though; there have been some great feedback-laden jams over the years, particularly when we had new guitar pedals to play with. Makes me wish we recorded our practices! 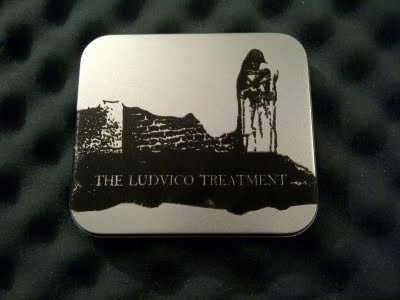 Q. How do you describe Ludvico Treatment sounds?
Alex: I think the simple answer here is that Adam and I share a passion for trying to put the ugly and the beautiful together. I did this with the lyrics of our latest release, Politeia, by telling what is quite an ugly allegory in a form that I tried to make as beautiful as possible. As for our sound, we try to couple loud, abrasive noise with beautiful melodies. I like to think of the noises that Adam creates as glacial, both beautiful and terrible, in the sense of terror-inducing, at the same time.

Q: Tell us about the process of recording the new album?
Adam: This new album (Politeia) is a bit odd as we started recording it back in 2004 and I added bits and pieces to it over a very long period of time, usually recording in basements & home studios with borrowed equipment. The songs were basically written and mostly complete by the time our first album was released but I felt that the production wasn’t perfect. It started to feel like what Brian Wilson must have felt with the Beach Boys’ album “Smile” and I started feeling like the album mixes would never match the sounds in my head. Then in 2010 we opened for Adam Franklin from Swervedriver- that gave me the inspiration to just finish Politeia and just put it out, perfect or not. His band had this amazing rawness to it. After that show I plugged in my old Echoplex tape delay, added some new guitar parts, remixed a few songs and released it.

Q. What´s represents the shoegazer classic era to the band?
Adam: 1991-1993 is the ‘classic’ period for us. The press backlash against shoegaze was at its peak in the UK which might explain how so many great albums came out in those years... perhaps the backlash spurred those bands on to greatness! Loveless, Just for a Day, Raise, Lazer Guided Melodies, Going Blank Again, Souvlaki, Mezcal Head, Ferment- not to mention all the 12” EPs that came out in that period. Wow. 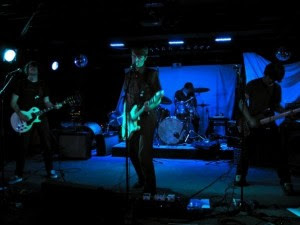 Q. Which new bands do you recommended?
Adam: The Hope Slide is the new electro-gaze project by the singer and lead guitarist from Hinterland who were a great Canadian shoegaze band. Cruyff in the Bedroom from Japan have been around a while but they still amaze me. The drumming on the first two albums is unbelievable.

Alex: I've been finding my head turned by quieter electronica-laden work at the moment. The band Guerre is going to become something quite lovely, I think. I've also been listening to the album by Spider and the Flies a lot. They're made up by two of the guys from the Horrors using sounds inspired by the BBC Radiophonic Workshop in the 60s. Really interesting.

Q: Which bands you love to made a cover version?
Adam: Our live sets often started with Angel by Massive Attack and we recorded Reptile Smile by Th’ Faith Healers for our Myspace page, both are great songs. Right now we’re recording our interpretation of a David Bowie LP (Earthling) just for fun. I love that album but the production feels a bit mismatched with the songs in some places. We’re hoping to finish it & post it online by the end of the summer… it should be interesting to say the least!

Q: What´s the plans for future....
Alex: We have a habit of working on our next project while finishing our current one. We did that with our first release, Romanticism, and Politeia, and we've done it again. Work is already well underway on our third album, as well as our re-envisioning of Earthling and a couple of other projects. I'm incredibly excited about the directions Adam and I have gone recently. Look out for something (relatively) soon.

Q: Any parting words?
Adam: I’ve had the good fortune of getting production advice from Graham Lewis of Wire on a few occasions and it has always proven invaluable for us. Despite the recent trend of D.I.Y.-everything in the music industry (which we do as much as anyone), an unbiased perspective is still crucial when making an album. The wisdom of an experienced producer can transform a decent album into something truly excellent.
*
*
*
Thanks guys!!!