Club AC30, Because Why The Fuck Not - An Interview with Robin Allport 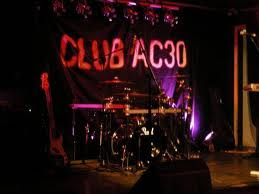 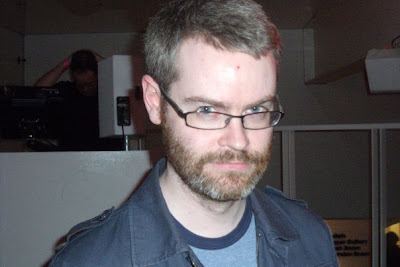 Q. When did Club AC30 start?
A. Club AC30 was born out of frustration with the London live music scene in April 2004.

Q. Do you consider that Club AC30 is a shoegazer oriented label?What´s the context behind it.....
A. It's just about whatever music we happen to like. We just so happen to like a lot of shoegaze style music!

Q. About the gig´s....some classic ones like Chapterhouse, Primitives, Cranes, Swervedriver made part of it.......tell us about this celebrations parties..
A. This has mainly been me trying to do shows for bands that I loved when I was growing up in the late 80s / early 90s. Connecting with these bands, and working with them for AC30 has been a real pleasure. Hopefully the people that attended the shows think so too.

Q. Who are your influences/heroes?
A. Mainly music that I grew up with - so stuff my parents listened to (Bread, The Beatles, The Kinks etc), and then stuff my brother listened to and worked on for his label Cheree and Che Records (The Telescopes, Disco Inferno, Bark Psychosis etc).

Q. What´s your opinion about the classic shoegazer era?
A. I was between 16 and 19 years old when that all kicked off, and at that age when I got into something I *really* got into something. So it was a bit of an obsession for me.

I worshipped The Telescopes, and then grew to love most of the bands that they played with (all the Creation lot, The Belltower, Revolver, Moose, Chapterhouse etc).

Q. What´s your opinion about the new shoegazer era ?
A. It's taken a while for it to really kick in, but now there's so many new bands in the genre that I can't keep up. It really takes something to be incredibly good to stand out from the crowd now. 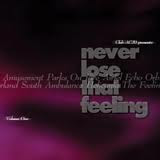 Q. Made a list of your top five records from all time?
A. 1. Bark Psychosis - Hex
2. Talk Talk - The Colour Of Spring
3. Swervedriver - Mescal Head
4. Disco Inferno - In Debt
5. New Order - Technique

Q. Tell us about forthcoming stuff from Club AC30...
A. Lots! 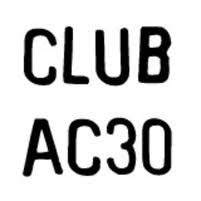 Q. What´s your favourite Club AC30 realese?
A. 57 Octaves Below by Air Formation. It's the perfect EP.

Q. Any parting words...
A. Buying a record really makes a difference. Even if it's just a 7" single. Even if it's just one MP3 on iTunes. If you like labels like AC30, and you like the artists on our labels, please buy something - it helps more than you think!
*
*
*
Thanks Robin!!!