She´s a Vision with Rachel Goldstar - An Inteview 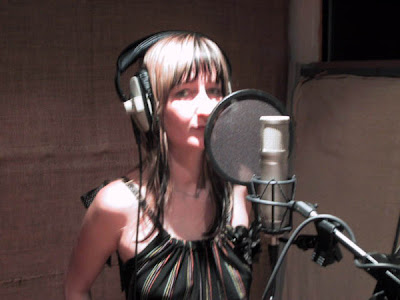 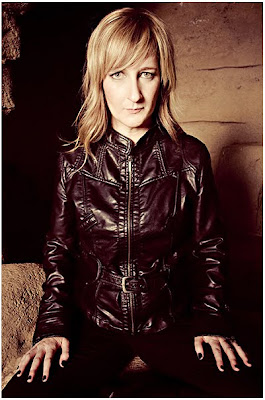 Q. When did you start to make music...
A. I first picked up an instrument at the age of 10, and started playing on a daily basis at age 11. After a few years of studying the clarinet, I could read music pretty well and began to teach myself piano by reading whatever sheet music was around. I wish I had thought to ask my parents for a guitar around that age, but I didn't. I played the clarinet for nine years, every day for seven years; sometimes multiple times a day (up to three hours some days). At age 20, I placed the clarinet under my bed and bought an acoustic guitar. I think the first song I learned was "Jane Says" by Jane's Addiction. Then I learned some basic chords and read the sheet music for "House of the Rising Sun" by The Animals. I was in college at the time, so I just tinkered around and thought I was pretty awful. After graduating and moving back to Austin, I started teaching myself songs off The Bends by Radiohead. I taught myself by ear, so I played these songs over and over. (Possibly driving my brother crazy.) I had searched far and wide for a job, Lubbock to Seattle, and couldn't find anything. Of course that was before the internet, so trying to get a job in Seattle was very difficult, although it was my dream, at the time, to live there. So, I moved back home to Austin, got a job waiting tables, and lived with my parents again. That only lasted about seven months and then they helped me rent a flat closer to downtown. Not too long after my move, I got a better job, working at The Texas State School for the Blind & Visually Impaired. With my first paycheck, I bought an electric guitar. My world changed.

Q. What are your influences?
A. I'm influenced by many things…grief, love, travelling, sounds in nature, the sea, wide open skies with starry nights, where the mountains and desert meet, lighthouses, fog horns, the mighty redwoods, hearing people's stories, abstract expressionism, distorted melodic guitars that turn into an orchestra, tambourines…

Q. About All in the Golden Afternoon debut album, tell us about the recording process?
A. It was unlike any other album I've ever been involved with creating. It only comes close to the process Eau Claire used. Carlos and I started with a couple of jams, where he'd be on guitar and I'd be on drums; then we'd switch, myself on guitar and Carlos on drums. We started two songs that way and on the rest, we would put down an individual track, separate of each other, then trade off, making it not only a true collaboration, but also somewhat improvised. Everything was recorded to an old 8-track reel-to-reel machine, with track 8 being rather tricky, as it only plays back, but does not record. Some tape flipping was involved.

Q. Do you have a lot of project, Eau Claire, Static Silence, The Tunnels, Experimental Aircraft, and to be honest, i don´t know which one is my favourite...explain your love to play some different music in a lot of projects?
A. Music is my life. It is something I have been involved with since I was very young; I don't know what life is like without making music. Also, I collaborated in quartets and played symphonies with 100+ people before I ever picked up a guitar and started a band, so it is something that comes very natural to me, working with many people. I feel like I get to explore different parts of myself as a musician while playing music on different instruments in various projects. Also, I'm not a very social person. I'm shy, so being in multiple bands (at one point I was performing live in 3 of them) is my social outlet and way to connect with people. Some of these projects came out of pure friendship though, for example, Eau Claire with Jessica Bailiff. She is one of my very few best friends. It's rare I get the opportunity to collaborate with a female musician, and our friendship made it even more special. I wish we lived closer to each other so we could create more together. We have started a follow up to our debut EP, but there is no rush. We are friends first and support each others' creative endeavors always. The Static Silence is also a collaboration born of friendship. Matt Bartram (Air Formation) and I decided to start an overseas tape collaboration (this was going on around the same time as The Postal Service was creating their collaboration, although I like to think the ocean between Matt & I made it that much more challenging). Matt was great because he truly trusted me with his songs. He wrote the skeletons of the songs, sent them to me on a 4-track tape with the lyrics, notes, and ideas, I would then transfer the tracks to my 8-track reel-to-reel, add my bits, then mix them down. He really had no control over the mixing, that was all me, but there was no way for us to be in the same room to work on it together. I love Matt's songs and hope we will do this again someday. I cherish my collection of tapes, notes, and lyrics sent by Matt that started this project. 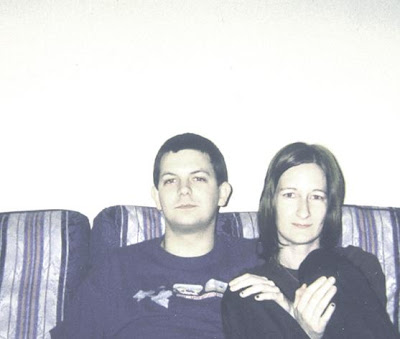 Q, Tell us about playing live.
A. I've been performing since the age of 11, but I still get nervous before a show. I have a difficult time holding a conversation before a gig because I am thinking about all of the details of the set. Afterward, I'm much easier to approach, but if you meet me before my set, I probably seem like a jerk because I'm nervous and scattered. Somehow it all comes together as soon as the first note is hit. My level of nerves also depends on which band I'm performing in. With Experimental Aircraft and All in the Golden Afternoon, I tend to be more nervous, since I switch instruments a lot and sing more than in The Tunnels. Eau Claire & The Static Silence have never played live. Well, Eau Claire played an improvisational, experimental set in Duluth, MN in August of 2002. We did get invited to perform during SXSW several years ago, but weren't able to make it. I love performing live. Even though it can be exhausting (moving all of the gear, parking, barely getting paid), there is something magical about a live performance. That exact performance will never happen again and it will never sound exactly the same way. I still remember playing "Toccata and Fugue in D Minor" by Bach; it was one of the last classical performances I was involved in. Hearing all of the instruments come together, bringing this beautiful masterpiece to life, I got tears in my eyes. There was a tingle in my bones. Even with teenage angst, I felt the magic.

Q. What do you think about the classic shoegaze era?
A. I think it's great. I missed it when it was actually going on because I was in Lubbock, Texas going to college. Luckily, my Junior year, I got a regular DJ spot on our college radio station. That is where I discovered so many women were making independent music and got into PJ Harvey and Cocteau Twins. The Jesus and Mary Chain are about the only band of that era I actually heard during the era. I had a giant wall-sized poster of Honey's Dead in my room. I didn't hear My Bloody Valentine or Slowdive until they were over, but when I did hear them, the sounds they created reminded me of being part of an orchestra.

Q. Which new bands you recommended?
I'm really loving Moon Duo and Wooden Shjips, out of San Francisco. Moon Duo is fairly new, but Wooden Shjips is not. Maribel out of Norway. Moloko Velocet out of Lille, France. I can't really think of many new bands that have woken me up. I know they are not new, but The Kills have grabbed my attention and I'm looking forward to the release of their new album.

Q. Which songs by other bands would you like to do cover versions of?
"Seconds" by Human League, "Set Free" by Velvet Underground, "Deed I Do" by Elyse (which All in the Golden Afternoon covered live), "Gold Dust Woman" by Fleetwood Mac (sans cowbell). 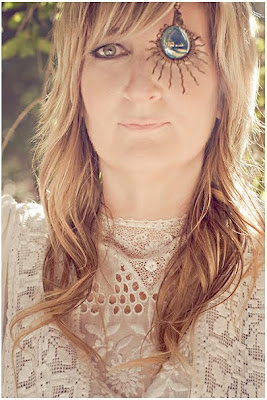 Q. What are the plans for the future with all those activities projects?
A. All in the Golden Afternoon is going on a short tour in March 2011 in the Czech Republic, Slovakia, Croatia, and Austria. We have just released our first full-length, Magic Lighthouse on the Infinite Sea. It is currently available in high quality digital download, or by placing a pre-order for the vinyl, which will feature beautiful gatefold artwork, hand engraved by Iker Spozio. We will be headed to London after the Central European tour to complete our next album with Ulrich Schnauss. We started in June of 2010 with a short 4-day session that resulted in the completion of three tracks. "The Long Goodbye" is featured on 3…2…1…A Rocket Girl Compilation (UK) (Track 1, Disc 2) released 24 Januray 2011.

Experimental Aircraft has been working on a follow up to Third Transmission: Meet Me on Echo Echo Terrace since the summer of 2008. After more than 13 years as a band, we have all been involved with other musical projects, started families, changed jobs, and more. For me, it's been nice to take a break from playing live shows, but I'm looking forward to completing the album.

The Tunnels are on hiatus at the moment; I'm not sure what, if any, future plans there are for the band. We do still have some unreleased recordings that Carlos and I engineered/mixed. Hope to see them released someday.

Also, I've been a guest vocalist on the last three Monster Movie (UK) albums and plan to record vocals for another whilst in England this March.
*
*
*
Thanks Rachel.....i love it!!