Lord, Can You Hear Me....with Cheval Sombre - An Interview 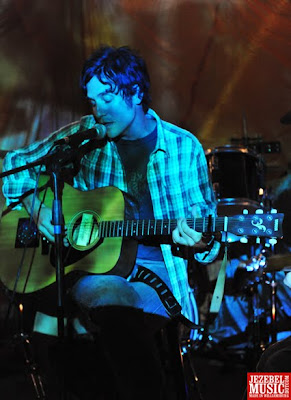 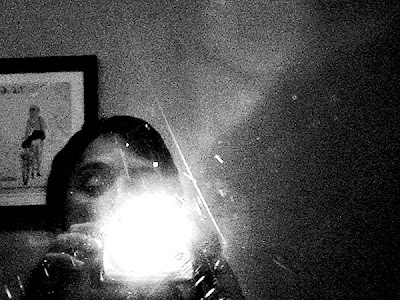 Q. When you started to make music? Tell us Christopher´s history...
A. I began when I was fairly young, drawn to this classical guitar of my father’s. I felt like it was calling out to me, lonesome as it was, unplayed and locked away in its case. The sound just astonished me. This was well before I knew any chords or notes. I felt as though I was stepping into another realm entirely, making sound, sitting on the edge of my bed, leaving a less-engaging world behind me, sailing into the strange charms of the unknown. It became then, playing, something which guaranteed a certain lush oblivion. While I was in school, I was fortunate enough to somehow make the acquaintances of a pair of local musicians – namely Darshan Jesrani and Matt Wells. Dar and I discovered the joys of playing records back and forth for one another, while Matt and I brought out the guitars. Always such a privilege to encounter kindred souls, isn’t it? Then came bands, recordings, pitfalls, adventures – all kinds of things.

Q. After all your a poet, what´s the difference for you to write a song to write a poem?
A. Poetry has always been for me a very deliberate act, full of conjuring and orchestration. Music makes its appearance to me in a primarily whole, realized fashion, even when it arrives for the very first time.

Q. What´s your influences?
A. Really I just play what comes out of me, without any nod in any particular musical direction. I suppose my experience of life is the very greatest influence on my songs. 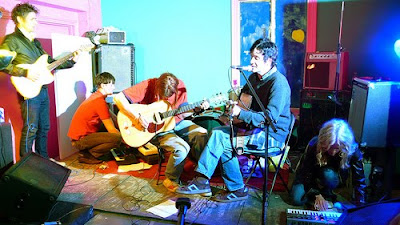 Q. Tell us the process to record the debut Cheval Sombre album?
A. Well it began when I sent my fully recorded stuff to Pete, after realizing that he was the only missing (sonic) element then. Remarkably, he got in touch and we planned a first session with engineer extraordinaire, Nick Kramer. We did a few days in a row at the studio, just the three of us. We got down most of the album. Excellent pace, lovely atmosphere. A few months later we did one more day of recording, and later we all gathered at Dean and Britta’s old place in the Lower East Side to do the mixing, Sonic Boom at the helm. Dean, Britta and Pete had all put down some miraculous stuff, and it was sounding a dream. Andreas Meyer mastered it beautifully out in Weehawken at Tangerine Studios, and that’s that.

Q. What´s the feeling to play with Sonic Boom and Dean & Britta?
A. That of playing with a long-lost family. Like returning home after being out at a rough sea for ages. Warm, comforting, no need to say much— understood.

Q. Which new bands do you recommended?
A. New bands? I don’t listen to too much new stuff really these days. Maybe you can send a mix I can take for a walk? My brother keeps me up on stuff when I see him. He played me the latest Beach House album. That made some really good sense to me. 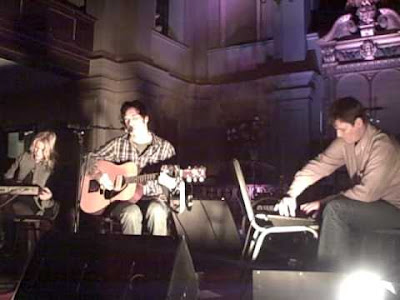 Q. What´s the plans for the future?
A. The future – goodness, I don’t know. We’ve been working on a new record for many months now, and it’s sounding really wonderful. Maybe it’ll get released – that’d be something, all around…