The Grand Staircase by Her Vanished Grace - An Interview 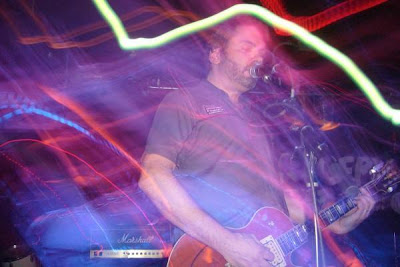 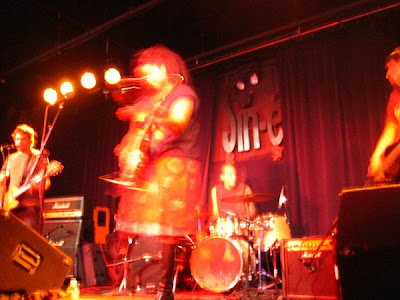 Q. When did Her Vanished Grace form, tell us about the beginning…
A. Nance and I met working at the Metropolitan Museum of Art in New York City in the late 80s. We simultaneously fell in love and formed HVG. We got married and played our first show in the same month. Our music has always been an expression of the mystery that brought us together.

Q. What are the band’s influences?
A. We live for the beauty of the woods in Pelham Bay Park, the sands of Orchard Beach, where we live, and the velvet lawns and lush vegetation of Brooklyn Botanic Gardens, where Nance is a gardener. 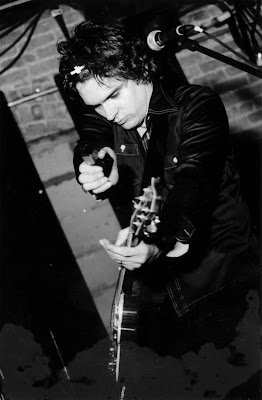 Q. Tell us about the recording process for the debut album?
A. Our debut album State of Grace was a culmination of a 3 year period of writing. We were inspired by each other's stories, musical and literary obsessions and a moment in time when alternative music was full of open ended possibilities. We sequenced keys and drums and recorded them, along with our voices and guitars on 1/2 inch 8 track and mixed to DAT. I was learning a lot about using EQ, compression and mic placement to get a more intimate vocal sound. We crossfaded many of the songs into medleys and the album included and ambitious 13 minute suite called "Cheri".
Q. About the new record See the Moon, what´s the difference from the 1st?
A. See The Moon is our 11th album (13th if you include remix collections). So quite a bit has changed but much remains the same. Our music still comes from our life together, but now we have our bassist Maria and our drummer Billy to help out. Maria has been with us for 14 years and Billy for 8. They are our family.

Nance and I felt that this album should be shimmering yet visceral. We reached a peak of sorts with the romantic melancholy of our last CD, Blue, and we wanted something with a little more edge but very atmospheric. We were exploring rich chord voicings along with the harsh sheen of early 80s production. And most of all trying to meet the hollow aggression and hopelessness of the world we currently inhabit with something life affirming. The lunar imagery stands as a way of interpreting the dissolute yet creative forces that flow around and through all of us.

We recorded using Logic 9 and tracked much of the music playing together. 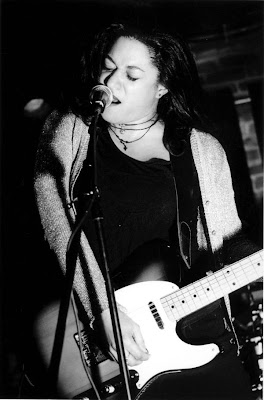 Q, Tell us about playing live? How did last years gigs go?
A. Our favorite Her Vanished Grace show last year was headlining at The Bell House in Brooklyn. The stage is beautiful with rich dark wood underfoot and gorgeous warm sound above. I played an opening set of improvised guitar synth vs. transistor radio as Galvanometer. It was warm inside and cold and wet outside and we had a great time playing for all our friends and fans.
Q. What do you think about the classic shoegaze era?
A. It was very inspiring hearing it unfold. From the washier sides of Joy Division and Siouxsie to the lush experiments of Echo and the Bunnymen and Love and Rockets you could hear it coming. And, of course, Cocteau Twins. Nance and I discovered them separately, long before we met. Their music became the soundtrack of our wedding, countless car trips, beach days and moonlit nights. When the era was ushered in with Jesus and Mary Chain, My Bloody Valentine and then Curve, Slowdive, Lush, Chapterhouse, etc; it was really gratifying to see a new way of listening to music take hold.

Q. Tell us about bands in the current shoegaze scene…which new bands you recommended?
A. The new shoegaze resurgence has been great, though it's not so much of a scene in the strict sense. Bands like Ariel, A Sunny Day In Glasgow, Dead Leaf Echo, Soundpool, The Depreciation Guild and many others are playing with gazey sonic palettes but bring something new to combine with the familiar. I'd like to think Her Vanished Grace has always been doing that too.

Q. Which songs by other bands would you like to do cover versions of?
A. I have this idea of doing a washed out version of The Beatles song, Across The Universe. Watch out for it, maybe in 2011…

Q. What are the plans for the future?
A. We will continue to make the music that we love and find a way to get it out there. I predict we will be making videos again for the first time in a while. 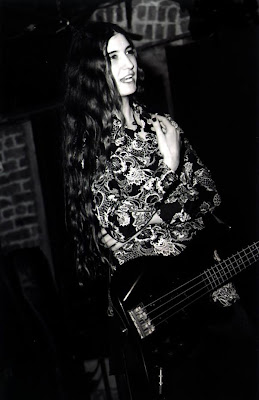