Noise from Heaven by Anything After - An Interview 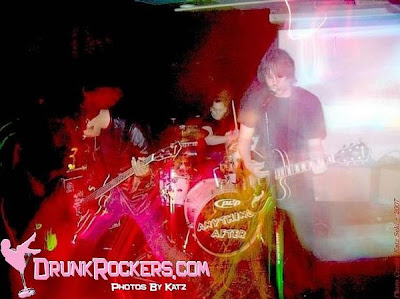 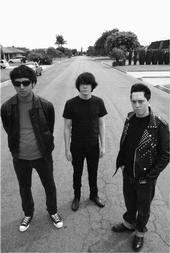 Q.Who are the influences from the band?
A.Well the main influences are The Jesus and Mary Chain, My Bloody Valentine, Slowdive, New Order, The Cure, Flesh For Lulu, Bauhaus, Depeche Mode.

Q.Tell us about the process of recording There´s Somenthing Warm?
A. Well were fairly young at the time when we recorded that album, maybe like 19 20? We kind of wanted to just went head into the studio not know what to do..so we did what we thought we should do..record two rythem guitars, a solo track, bass track and the drums and then of course added the oh so yummy white noise! :D it took us about maybe..a month to finish that album..we recorded 2 versions of the album one by ourselves and another one with help a of friend that knew how to use the recording studio. So yeah the version you are hearing is the one with our friend showing us how to use our recording studio. hahaha 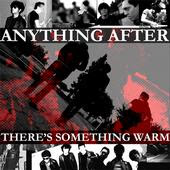 Q. How Anything After feels playing alive?Tell us about the shows...
A. We love playing live shows. when ever we get the chance to play live, we always try to put on a good show..even if it's just for 15 minutes! Someone described our shows as if they were watching a trainwreck happening..they couldnt keep there eyes off of us. I guess thats a good thing right?

Q.Which bands you love to made a cover version?
A. We dont do covers normally. We play cover songs during practice or at like sound checks for warms up. Our fans are here to see Anything After so we will give them Anything After. Put during our warms up we like to play Ceremony by Joy Division/New Order. 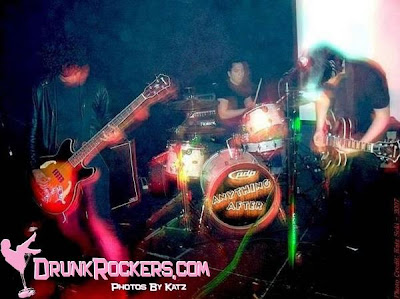 Q.Which new bands you recommended?
A. I would want to say new bands because they been out for awhile but I'd recommend Taking a listen to The Raveonettes Album. Really good stuff..we dont listen to new music that much..we kind of just like put ourselves in hole when ever we start recording new stuff.

Q.What´s the plans for future?new records, a tour….
A. We are almost done recording our 2nd album. this album has taken us about two years to complete, but now that we got stuff rolling again..everything is falling in to place and we are looking at a release date of late 2010.

Q.Any other important thing to tell us…
A. Our first album is avalible for free to download at our website www.anythingafter.com :D

Thanks again renato.. i hope this is good for you!