Why Don't You Cry? with Leland - An Interview 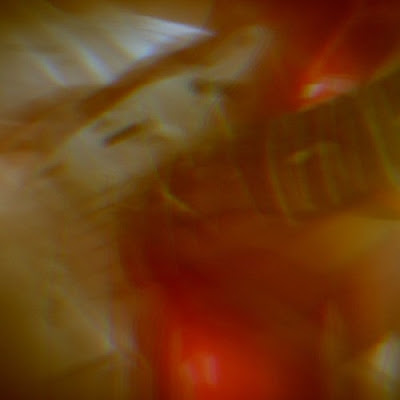 Q. When did Leland start? Tell us about the history...
I went to a boarding school for architecture, design, art and so for half a year two tears ago and in our spare time a couple of us students made a band primarily playing shoegaze. One of the songs was called Leland - not because it had anything to do with the song, it had no lyrics, we just thought it sounded cool. When school ended i wanted to continue making music and just took that name Leland as the moniker. I did a couple of demos and put it onto Soundcloud. I was then contacted by bookers from Tape in Aarhus and Drone in Copenhagen. I got a couple of friends to play with me and played a gig at Tape, but we could never find a date with Drone and it has closed down now, but it was really cool getting contacted by two of the coolest venues in Denmark purely on the basis of demos on Soundcloud and that made me want to keep on doing it. Leland has not played live since that one gig at Tape - now it's just my bedroom solo project.

Q: Who are your influences?
I usually say that Mew was my way into almost every music i listen to. It's funny because i never listen to Mew anymore - in fact i can't really stand it except from maybe their first album. But i'm still very thankful for what they did to me in my early teenage years. They sometimes had that dreamy shoegaze sound and cited My Bloody Valentine as an influence, which got me into that scene, and from there it's just about digging in. But really the bands that influence me the most are those whom can mix a lot of different sounds - bands like Yo La Tengo and Deerhunter. I listen to a lot of different music and i always want to implement something cool when i hear it into my own music. Suddenly making a garagerock album or putting in a bossanova song out of nowhere and still having it sound like you - that's cool! But i'm also very inspired by literature of course especially in my lyrics. For example i have a song called Debauchery/Rodya and Rodya is of course form Raskolnikov and inspired by his Napoleon idea.

Q. Make a list of 5 albums of all time…
My Bloody Valentine - Loveless
The Smiths - The Queen is Dead

Really could just keep on mentioning the classics(these two are essentials!!), but might be more interesting if i name my favourite albums of never date(and by that i mean the last ten years)


Q. How do you feel playing live?
As Leland i have only performed once, but that was very cool. When i was younger i was really focused on not doing anything wrong, but now i'm more relaxed. As long as the overall impression and show i want to give people isn't affected it doesn't really matter to me. I like making a show with like ambient interludes, noise and so. I play in a couple of other bands and in all of them i use that as a very central part of the live performance.

Q. How do you describe Leland sounds?
I normally just call it indie pop or rock with influence from things like shoegaze, kraut, psych and ambient. Again it's about mixing everything i like.

Q: Tell us about the process of recording the songs ?
It's just me in my room with a guitar, microphone and a sampler for drums. I try to not make it too complicated instrumentwise, but instead go very deep into the guitar and vocals. Really what i'm good at is creating moods with my guitar and voice and a lot of effects. Often there are like four guitar tracks and four vocal tracks and then just a simple drum track. The bass is played on my guitar and then EQ'ed so that it sounds like a bass. That's about it. I plan on using my Juno-106 more, but i really like making the guitar sound like something that's not a guitar - kind of like Windy & Carl.

Q. Which new bands do you recommend?
The danish band Modest is very cool! They play romantic rockmusic and i think they are someone to look out for. They played the Rising Stage at Roskilde Festival this tuesday. Besides that they are a cool bunch of mates too. I listen a lot to the German London-based band Ulrika Spacek at the moment. They just released their second album, but the debut is no more then a year old so i guess you could say they are kind of new. They have this jamming, motorik psych/krautsound, but again adding other stuff for example Sonic Youth and Television-like guitar work, which is very cool.

Q: Which band would you love to made a cover version of?
Fleetwood Mac maybe. Dreams might be the best pop-song ever written!

Q: What are your plans for the future?
Right now i just make a lot of songs in my bedroom and release them as i finish them. Would be cool if they could be arranged in a band situation some time, but until then i'm just making a big catalog of songs. As mentioned i play in other bands and perform live with them, so Leland is my own project where i can do whatever i want to. If it could be played with a band some day it would be cool, but i don't want to compromise with the music. Then i would rather just want it to be my own bedroom project. I have some friends who have a studio in Aarhus so maybe i would like to try and record the best of my songs there and release a cassette or 7" some day.

Q: Any parting words?
Thanks for supporting underground music - there is a lot of undiscovered music out there still to be heard. And go listen to my new song Why Don't You Cry? on Soundcloud or Bandcamp - i think it's one of the best i have ever made.
*
*
*
Thanks