Altered States with 60circuits - An Interview 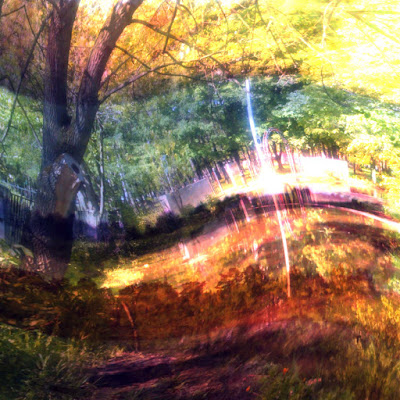 
Q. When did 60circuits start? Tell us about the history...
1. 60circuits started in late 2015, when I'd just moved to Milan, Italy from moscow. It was a very depressive and lonely time for me. I had a project called "me and the birds" before that, and when I started making material that ended up as "isolation" I felt that it was way too dark to be released under the previous moniker. "isolation" was actually the only release ever intended for the 60circuits moniker, but eventually I abandoned the previous one and started releasing music as 60circuits. The previous projects are really embarrassing for me because I didn't know anything about recording and just used garageband on my ipad (isolation was recorded in the same fashion too). Since then I've purchased more "professional" equipment and generally hugely improved the quality of my recordings. As of now, I'm still the only member of 60circuits, although I've had a couple contributions from friends on the latest record.

Q: Who are your influences?
2. It depends on the album, but I'd say my main influences are all the amazing albums from Constellation and Kranky labels. For sure the best two labels on the planet, I don't think anyone else has put out so much amazing stuff. For my latest release Altered States, I'd say the biggest influences were Spacemen 3, Can, Bardo Pond, and lots of 60s psychedelia.

Speaking about non-musical influences, it's all kinds of associations, dreams, images... As the record title indicates, altered states of consciousness is a huge influence for what I'm doing. I also find that dada and existentialist literature are big influences.

Q. Make a list of 5 albuns of all time…
3. Damn this is a really hard question. That would be very subjective, but for me, in no particular order, it's:

For me this is more or less the list of albums which I think are perfect and will never get tired of listening to.

Q. How do you feel playing live?
4. I've never played live. Would love to, but so far I haven't been approached about it. It would be pretty much impossible for one person to play most of my songs live anyways...

Q. How do you describe 60circuits sounds?
5. Again depends on the album because my work is quite diverse. I'd describe my current sound as a mixture of neo-psychedelia and shoegaze, but this is all relative. I mean, I have a saxo andino and a steel tongue drum on the new record.


Q: Tell us about the process of recording the songs ?

6. The first ideas or riffs for a song always come from improvisation, usually it's just me playing guitar until I hit onto something interesting and then record the fragment so I wouldn't forget it. Then I start putting these fragments together, adding things on top of them. But for me, recording and songwriting is pretty much inseparable, as I usually just record a section and then add something else to it rather than have a full-fledged song in mind. There is always an element of improvisation to what I'm doing, most of my songs have certain improvised bits in them. And sometimes mixing plays a role too, for example, the middle section of Leaving the Body was originally a completely different recording that sounds nothing like the end result.

Q. Which new bands do you recommend?
7. Death Grips is probably the only "new" band that I listen to. I'm musically stuck in the previous century so I can't really recommend anything.

Q: Which band would you love to made a cover version of?
8. probably going to do a couple covers of Yegor Letov's songs. As a Russian, I deeply love his art and what he did. Apart from that, doing a 13th Floor Elevators cover would be nice, but my voice ain't Roky's. His vocal range is too high.

Q: What are your plans for the future?
9. For 60circuits -- no idea, really. Now I feel quite worn out after making Altered States and just want to take a break -- but I also felt that after Nocturnal so who knows. Me and my friends are also working on a very "unusual" project called The Volyn Massacre? For Your Entertainment!, but we are a long way from releasing it.

Q: Any parting words?
10. I would like to thank you for making this interview possible, for a self-recording 16 year old dude this is very flattering. Also sorry if my English is ugly.
*
*
*
Thanks